The story of B.A.P is a somewhat bittersweet one. They erupted onto the scene in 2012 with the powerful “Warrior”, which quickly gained them attention among many international fans. Their music appealed to those who wanted something beyond the syrupy tunes that bordered too closely to Disney-level bubblegum pop. With hard-hitting beats and members who excelled in rapping and singing, B.A.P was set to become an unstoppable global force.

That held true until their lawsuit with their agency TS Entertainment. They wanted to nullify their contracts on grounds of mistreatment and unfair payments. After nearly a year of messy courtroom drama, a settlement was reached, and B.A.P returned to TS. They pushed out an album shortly afterwards, which I personally felt should’ve been delayed because it sounded rushed when I reviewed it. Their follow-ups did little to reassure me that B.A.P wasn’t on the decline musically. Something was lost, yet I couldn’t quite put my finger on what it was.

After feeling let down with their last couple of albums, I faced some trepidation with Noir. I knew B.A.P was capable of incredible music, but I had yet to hear it. As it turns out, my theory of time and patience was correct because this album is the payoff I wanted all along.

The jazzy intro of “Le Noir” threw me off, but in a positive way. I love surprises, and I didn’t expect such a chill vibe to begin the album. I felt transported into the past immediately. Imagine a smoky dive bar with Yongguk playing piano for sullen patrons immersed in their fifth scotch and third cigar of the evening. On the stage, you see Jongup caressing the mic like a lover as he gently croons into it… I’m supposed to be reviewing an album, aren’t I? It’s a really moody intro, so I got distracted. Sorry.

Song order has become more important to me because I prefer albums that feel like a journey. I want to start in one place and ease down a smooth road of musical bliss towards the end. B.A.P accomplished this feat for the most part. I would’ve liked if the instrumental version of “Fermata” was shortened and turned into the intro instead, but that’s just me. “Le Noir” could’ve then been used as a nice interlude somewhere in the middle. Regardless, I still commend them for placing the songs in the order they did. Each song suited its place on Noir.

There was an even balance between the number of slower tempo songs with the uptempo ones. This helped a lot in limiting ear fatigue while listening to the album on repeat. Sometimes, you hear albums and the songs meld together because there’s little variation in styles or mood. I didn’t get that here. There was a smooth progression throughout the album, which makes more of a difference than some may realize. 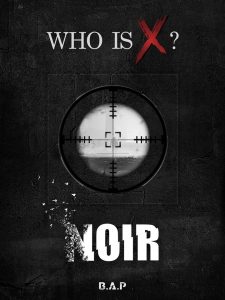 I’m sure Babies will flood the comments about how B.A.P has always had solid singers, but hear me out. Some of their past songs didn’t serve their vocalists well. I’m not a fan of screeching notes, which are not to be confused with falsettos. There’s a falsetto and then there’s competing with alley cats in heat; I can hear the difference.

Thankfully, that wasn’t a problem in Noir. The biggest standouts to me were Daehyun and Jongup. I’ve watched some of their performances and noticed that sometimes they’ve had to literally scream their notes. In songs like “Fermata” and “I Guess I Need U”, there is a delicacy to their delivery. Nothing sounds forced and their notes come off clean and effortless.

The fact that I can actually focus on their voices better also speaks volumes on the overall production values of Noir. I’ve noticed the annoying trend of putting copious sounds together for songs in K-pop. I don’t understand producers who do that. The end results are messy, and it’s frustrating as a fan because it comes off like a low-key insult when they try to cover up the vocals with background noise.

For this reason, B.A.P benefits greatly from having leader Yongguk involved in production. Knowing what each member is capable of doing, he can work a song to highlight their strengths. I understand the stress of wanting to perfect these songs is likely what caused his current health problems, but he should know that his efforts weren’t in vain. He deserves so much praise because the group sounds so beautiful and glorious. Not a single note was wasted.

There are some other things I observed that were bonuses on the album. I’m probably slow to notice this, but that shrill whistle is gone. Remember their whistle that was a signature in their earlier songs like “No Mercy” and “Badman”? Forgive me, Babies, but that thing needed to die. I found it distracting and juvenile, and I don’t miss it at all. 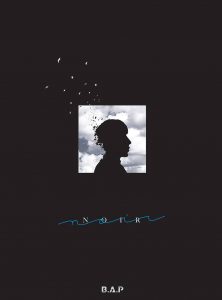 Going back to my comments about their singing, I’ve also observed that there are less high notes. This is not a bad thing, either. I’m not anti-high note, but I do appreciate composition that doesn’t compromise the members’ vocals. I want this group to last a long time, but that can’t happen if the members are expected to hit ceiling notes for all their tracks. I know Daehyun can sing higher than the stratosphere, but it won’t hurt anybody if he keeps things closer to sea level. I’m glad everyone’s vocal chords can take a rest.

Since we’re discussing the skillful use of vocals, let’s go over Yongguk and Zelo‘s track called “Pray”. Ladies and gentlemen of the congregation, I want to preach to you the holy glory of this song. Using that choir for the background vocals was a magnificent move. It intensified the dramatic tone of the song and complemented Yongguk and Zelo’s voices perfectly. I even picked up that Zelo sounded deeper than usual in some parts, and I’m sure that was done purposely to fit the mood. I loved the execution of their raps, and I’ve missed their collaborations so much.

I also couldn’t help wincing at the awkward English inserts. It didn’t always meld well with their Korean lyrics, which made for some brow-raising moments while reading translations. I appreciate the effort, but it’s totally fine to use less English next time.

Overall, my mind is blown by this album. I think it’s B.A.P’s best work yet. I am so relieved to hear an album that perfectly highlights their strengths as a group. I knew they had this in them, and now we have proof in a full album. This was the comeback everyone needed.