Get Emotional With BtoB's "Way Back Home" 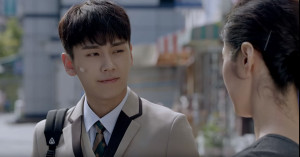 BtoB is back after their first full album, Complete, with their 7th mini album entitled, I Mean. With their return comes their title track called, “Way Back Home”. Despite their busy schedules, especially Sung-jae and Min-hyuk with their respective drama filming, the boys were able to come together to deliver an eight minute storytelling music video to accompany their song.

The humming and steps that open the song instantly set the tone for what’s to come next. It throws the listener into a bit of nostalgia, because you can’t deny you’ve never hummed a song while walking home or anywhere. Next, the soft accents are heard, leading into a calm feel and reflective state which the song focuses on. The vocals and harmonies are never overpowering and are filled with emotions. Even the rap sections flow with the melody and continue to tell the story where the singing left off. This song toys with the idea that it’s a track to be emotional over. If the music doesn’t get you to feel that way, the music video will and possibly have you shedding some tears by the end.

The video is reminiscent of g.o.d.‘s “To My Mother“. And if that’s too old to be recognizable: EXO‘s Guardian, Suho, for MNET’s EXO 902014 did a MV rendition of the original video. The only difference is the son plays a rebellious role that directly affects the mother. In BtoB’s case, the mother isn’t overbearing with concern and Il-hoon isn’t disrespectful towards her outside of the part where he doesn’t return home for a night.

Also, there’s never a point where it’s too late to say, ‘I’m sorry’ or ‘I love you’. In Il-hoon’s case, he’s trying to take on all of his problems on his own and starts going down the wrong path because of it. Believing in the fact that his mother may have enough problems and concerns of her own, he doesn’t want to burden her with any more. But that’s the issue. Family are the ones who can help and shelter you from the internal storms you’re facing. And if the stereotypically aspect of family doesn’t work for you, remember that ‘family’ doesn’t have to be blood related.

Il-hoon is a student trying to focus on his upcoming boxing competition, receiving an overbearing amount of pressure from his coach. Best friend Chang-sub is a high school dropout that seems to try to make money any which way he can. He’s either picking on other students like Sung-jae, or stealing. Il-hoon doesn’t come off as a bad kid, but Chang-sub’s attitude and actions rub off on him. Sure, they make beat up a person working as a mascot for fun when they’re together, but when Chang-sub pickpockets the man who is passed out from drinking too much, Il-hoon is definitely not okay with that.

When the two friends fail to receive what they believe is unacceptable payment for selling the pickpocketed phone, they run into Hyun-sik. Chang-sub is oblivious at first to the tension and awkwardness that surrounds the three of them. A flashback helps to explain the uncomfortable air between Il-hoon and Hyun-sik. Additionally, it reveals the pressure of favoritism Il-hoon is receiving from his coach.

Granted, Il-hoon and Hyun-sik are friends (or maybe at this point, were friends), but they’re also competing for a spot in the competition. When Hyun-sik doesn’t live up to the coach’s expectations, the young adult takes it out on the coach. This results in a dismissal of consideration for the competition and Il-hoon is chosen instead. So naturally, while Hyun-sik lets his anger get the best of him, he’s also jealous of Il-hoon for replacing him for something he believed he was qualified for. 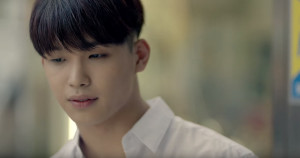 The next members to be revealed are Peniel and Eun-kwang who play gangster lackeys. They intentionally bump into Chang-sub and Il-hoon and steal the money they received from the pawn shop. Very important lesson here: never carry money out in the open; you are inviting trouble.

This scene brings up a good question: Il-hoon is a boxer, so why didn’t he fight back? When the thugs walk away, he questions the same thing via the expression on his face. There’s two reasons for this. In situations, like the one he found himself in, sometimes the mind can’t process what’s going on because the event occurs suddenly. Plainly, you blank out and, in his case, forget how to fight back and only move to defend yourself.

Another is that thugs have the potential to kill you or leave you for dead if they choose to. Like most robbers, they want your money or something of valuable worth and aren’t seeking to injure anyone, or if they do, not badly. Give them what they want and they’ll leave you alone. This only takes Chang-sub longer to comprehend because there’s most likely a good reason why he’s pawning off items for money, so the money is more important than what it is actually worth.

Hitting the climax of the video, two signs outside of the apartment complex are about guaranteeing the right to housing, standing against forced evictions, and if they lose their homes, where are they supposed to go? Residents of the housing complex are outside, including Il-hoon’s mother. A black van shows up at the scene and some familiar people step out of it. Chang-sub, Hyuk-sik, and Il-hoon getting out of the vehicle together links back to the awkward tension conversation earlier. While the conversation isn’t fully understood, Hyun-sik, who seems to be working with the thugs, tells the other two, ‘If you do this, I’ll/they’ll give you 500,000 won’. They’re behind the idea until Chang-sub points out that Il-hoon’s mother is a protester. 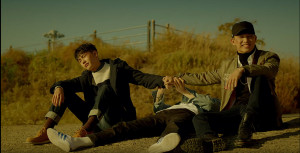 While the mother does what she can to protect herself, when she is targeted, Il-hoon goes to save her and shield her from oncoming blows. When Chang-sub involves himself in protecting the both of them, he becomes the new target until Il-hoon steps in. Finally, he uses his boxing skills to land and dodge blows.

That’s short-lived as Hyun-sik gets involved and takes his frustrations out of Il-hoon for two reasons. Il-hoon protecting his mother messes up the operation but also to gives him a chance to take out his anger on the other boy for taking his spot in the competition. Chang-sub breaks up the fight and his best friend instantly goes to his mother, but is pulled away when police sirens are heard. Why? Technically, they were on the side of the bad guys, so being at the scene and sustaining injuries like they did, would make them liable for starting the involvement.

Since all the frustration was let out during the previous fight scene, Hyuk-sik apologizes, Chang-sub makes the two make up, and the three are off to being friends again. Hyuk-sik and Chang-sub set themselves straight and return to school, Il-hoon shapes up and even gets a love interest, and the two once rivals are back to doing what they both love, boxing. At the end of it all, now that everyone’s lives are set back on track, Il-hoon spends time with his family and his mother looks to his boxing gloves; the sport saved their lives.

The acting in the video is good and believable. The scenes flow perfectly and most go without feeling stiff or awkward. The only thing that felt off was Peniel beating up Il-hoon and Chang-sub.He seemed confused and unsure of what to do. Maybe he’s a new lackey and it’s his first job, I don’t know.

The exact situation the MV sets up may not be relatable to most, but it gets the point across easily and can hit home with anyone. The storyline is easy to understand and can be changed to reflect one’s own situation without altering the meaning. 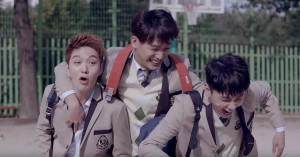 The lyrics alone remind the listener of a time in their life where their surroundings became too difficult to deal with. When emotions bubble up inside of you, you try to stay strong and act like nothing wrong. But family, or linking with the video, a mother, knows when you’re trying too hard and will wait for you. When you finally realize that things aren’t okay, they will be here for you.

Also, they serve as a reminder that it’s acceptable to rely on the strength of others when you’re having a weak moment. Even if the world turns its back on you, there is still someone there to support you at all times. There’s no section of the track I can highlight; the song in its entirely holds a deep meaning and should be read and understood. This is definitely a reflection and comfort song.

Readers, tell me: by portraying the lyrics in the music video, do you think BtoB did the song justice? Was there anything you disliked about their title track?