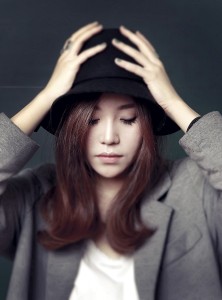 Welcome to another edition of Unsung Artists where we highlight hidden musical gems! Summer is always a good time for songs, and July was no exception. Although there were some decent releases from male singers, the ladies really dominated July both in variety and originality. Here were some of my favorites!

Hip-hop duo Eluphant returns after a three year break with their album Man on the Moon.  They released a few songs in July from their album including “Home Sweet Home,” but “Only When You’re Bored” was my favorite. Soyou just has such a magical quality to her voice, and I love when she does collaborations.The lyrics express the frustration of liking someone more than he or she likes you.

The video is a little confusing, but the actress is the bored one who only calls her male friend when she feels like it. We see four different days, but she has the same daily routine. From morning until night she does the same things and has the same nonchalant expressions whether he’s there or not. The first and second days we see she wakes up with someone, and the cellphone messages from her are cute (I like you. You like me?). In the middle of the video we see she also keeps her phone charged. On the third and fourth day, however, her interest drops. She wakes up with him on the third morning, but later on says she lost her cellphone. And by day four she wakes up alone, showing that she hasn’t called him at all.S he doesn’t charge her phone, and she doesn’t even seem to be carrying it on the fourth day.

Z.Hera and Ga-eun take a stand against second-rate guys in “XOX.” Ga-eun wastes no time in calling out the type of guys she dislikes in her rap at the very beginning.

Hey boy, these days men are exactly the same
Here, there wherever you go it’s the same
Copied, with the same way of talking
I see, see their expressions, I’m sick and tired
I don’t like them XOX

Z.Hera continues the attack, going after the guys who harass her on the street with “Where are you going, my honey?” She’s frustrated that she can’t find a normal guy who treats her with love and respect; instead she has to put up with “plain, inferior guys” who are “just so-so.” Both are not willing to settle for less than they deserve and Z. Hera in the chorus sings, “those kinds of boring guys get lost/You should give up a little/it’s been done/all of them are XOX.” It’s a pretty bold song considering that most Kpop songs for girls/women are about chasing after oppa, not setting standards and boundaries.

The music video is just as colorful and fun as the song. Both Z.Hera and Ga-eun put on a strong performance. I was especially happy to see Z.Hera have shoes and clothing that gave her the freedom to move. The choreography in the music video was fun to watch too; at least one choreographer realized that women can do more than just butt wiggle and chest popping variations. I just wished that they brought more of that choreo into the live performances.

Indie artist Fromm  manages to make a summer night feel just as warm and friendly as the day in “Moonlight Dancing.” In the lyrics she talks about spending time with her partner and just having a fun time holding hands and walking down the street. The instruments are so unique and quirky, and they are an interesting and different interpretation of summer nights.

Holding hands, we walk this street and we don’t hear anything
I’m happy enough just to see you, far away there is a piece of the half-moon
It’s been a long time since we had this cool night, I don’t want to think about anything else
I’ve been very happy today, so I might bear it for a few days more

The music video shows Fromm in a house with a young woman who dances the stress of the day away. It may not be as intense as other videos, but it fits the easy-going tone of the song.

Next up is an upbeat song perfect for starting your day! The lyrics speak directly to the listeners, encouraging them to start the new day with a positive attitude. It’s a fun mix of guitar, piano, and a bit of cuteness.

The music gradually builds into an explosive chorus that is simple enough with Cha-du telling everyone to have a good day and to feel good. The video is interesting and fun to watch. We see the singer floating forwards and backwards through the streets and interacting with others. The video technique is something seen in other videos, but she makes it her own and even includes a weird little dance. I do wish that they had kept it until the end which was the climax of the song; the video slows things down by having Cha-du standing still for too long.

Last is a song that would fit in perfectly at the end of a Quentin Tarantino film. A grimy guitar solo paired with an eerie voice make “Let Me Pay” the perfect background music for when a cold-blooded assassin crosses the last target off her list. The song is a strange journey into drunkenness as the music becomes warped towards the end, mimicking the video’s slow progression.  After going through a lot of bubblegum pop songs, it definitely stuck out as something different. The lyrics themselves are simple and repetitive, which almost puts you into a trance.

So, those were my picks for July! Let’s hope that the end of summer is as fun as the beginning!