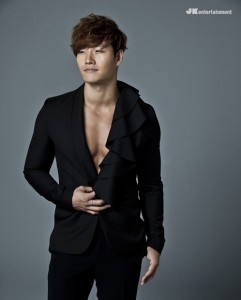 This week in news, we covered the announcement of Kim Jong-kook’s acting debut in Producer and the upcoming release of Helios, whose cast includes Super Junior‘s Siwon.

For fashion and TV topics, we explored picks from the previous week’s music shows, the final episodes of SPY, white-themed styles in photoshoots, Blood‘s latest and episodes 13-14 of Hyde, Jekyll, and I.

As for socio-cultural topics, we discussed the portrayal of Asian men in Western media.

This past week also saw the release of the Sweet 16 round of our Seoulbeats March Madness Showdown, and our writers contributed their thoughts on what makes a good vocalist. Our Sunday Social covered this year’s White Day celebrations and promotions.

Below are my picks from this week’s comments:

The S+Hyoyeon stage is really great. Not only does S have superb vocals, Hyoyeon went above and beyond. Most of the hype around this performance is 1) Hyo is the first SNSD member to perform on Immortal Song and 2) she performed beyond what people were capable of.

Her being on Immortal Song is special because she is not a vocalist. She’s a dancer and that’s all she’s known for. Obviously she can’t go on the show by herself because she’s not a strong singer, but this was a strong stage that shows her charisma and presence.

Also people weren’t expecting her to be any good. She gets few lines in SNSD songs, and none of them really showcase her voice. Although this isn’t the greatest rap in the universe, this performance showed that she had potential as an idol rapper and that she has improved. Also, her actual singing was spot on. I’ve seen netizen comments about how stable she hit all her notes, and she even hit some high notes while harmonizing. For Hyoyeon it really was an incredible performance. As for the two members of S, they need no explanation. Their vocals were spot on.

Kennedy Halstead on Not Popping: Mis(sed)representations of Asian Men in Western Media

So weird that I was just reading (and cringing, to be honest) about this show on another site and thinking about this exact same issue. Well, continuing to think about it, since, as one of the very few fans of Selfie, I was already aware of this issue: the lack of Asian men as viable romantic leads.

I remember watching Glee in its first seasons and thinking, “When is Mike Chang going to get a girl?” It was sort of an unspoken fact that he was one of the more popular guys at the school (since he was in the football/basketball/whateverball clique with Finn et al.), and yet no one ever really treated him as one of “those” guys – like he was droolworthy.

(And guuuuurrrrrrrlllll, Mike Chang – or rather, the actor who plays him, Harry Shum Jr. – is one fiiiinnnnee specimen.

And why was that? What did he lack compared to Finn or Puck? Caucasianess, apparently, since in every other way, we were led to believe he was just the same as those guys. But not, because he was never deemed swoonworthy, at least not to the non-Asian girls. And that irked me, but of course, I’m not the one making those decisions, and I bet even if I had those people’s ears, they’d ignore my thoughts, seeing as how I am an Asian woman, and somehow, “biased” towards Asian men. The thing is, hotness (and romantic viability) should transcend “race”, whatever that label means, just as it should transcend everything else people are always bandying about – age, gender, skin color, educational level, etc. People are so slow to come around on these things, however, and I highly doubt this program will make much of a dent, but hey, here’s hoping. And here’s hoping the stereotype of Asian men turns around into something positive – like hot nerds or something, if we have to have a stereotype at all. 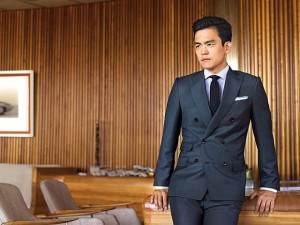 On a complete tangent, other things that had me scratching my head reading about this MaKe It Pop show (yes, that is how they are marketing it, with that random medial capital K) and other things brought up in the article:

1. Mackendrick (sp?) Prep – uh, have no one on the writing stuff ever been or heard of an international school? Sure, some might be named “prep”, but it’s more likely they’d be “International School of City X”.
2. The treatment of Psy by Ellen made me upset and just frustrated. So dismissive. Ugh.
3. Selfie was ahead of its time, and thus, it could not stay. Boo hoo. I loved the leads like crazy and it had a Kdrama feel that made me smile.

And that’s enough of this long-winded drivel.

And this last one is a special shout-out to the commenter that unveiled our conspiracy of the week:

I’m on a smartphone and having the same problem with both JaeJoong & Junsu categories… it doesn’t give me the option to vote. The rest of the categories I was able to vote with no problem. Is SM in charge of the poll? ***TongueInCheek*** :-)

You got us. SM has deigned to control our polls as closely as they monitored SNSD’s mysterious initial “Mr. Mr.” music video. Please direct all your concerns directly to SM Entertainment; they will address them after they woo Sulli back to actively promoting with f(x), finish prepping a random debut/comeback for a scandal diversion and create the next big money-making scheme after all things hologram.

But in all seriousness, thank you for being patient with our technical issues regarding the polls. We are doing our best to figure out what the issue is and resolve it going forward. Also, a big thank you to all of you for continuing to be the great readers that you are!