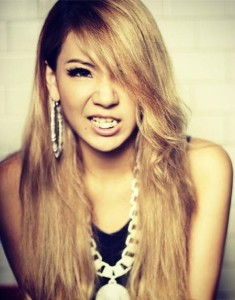 The topic of religion within popular culture always leads to a heated conversation. The not so distant article on the CL vs. Quran debacle served as a testimony to this, whereby the post generated a multitude of discussions pertaining to the inclusion of religious messages via music, to whether offense at such as inclusions is warranted.

Curiosity led me to research an area of Korean music whereby religion plays a major part in the concept, control and message of the music being performed –Korean CCM. Korean Contemporary Christian Music (KCCM) is a genre that has been slowly evolving over time. Since Christianity first came to South Korea and became widely accepted amongst its lands, KCCM has been a big part of Korean Christian culture. On November 2, 1969 at GyeongDong Church in Seoul, Korean pop singers (Cho Young Nam, Choi Young Hee and Twinpolio) sang gospels songs on a Sunday service — proving controversial amongst Korean Christians but ultimately paved the way for the popularization of Contemporary Christian Music in South Korea. Not more than 2 years after, Jo Young Nam translated a US gospel song, “Just a Closer Walk With Thee,” and subsequently released it in to the public in 1971. The release became popular and Jo decided to release an entire album of CCM.

This trend has not died down in present day; instead, Korean CCM has gained a huge following. After the late 1970s, CCM started to blossom in Korea due to many more notable Christian celebrities, and in part due to the growth of the Yoido Full Gospel Church.   The Yoido Gospel Church is a Pentecostal church affiliated with the Assemblies of God in Yeouido, Seoul. In 2007 it held over 1 million members, giving it the title of the largest Pentecostal Christian Congregation in South Korea and the world. It was founded by David Yonggi Cho in 1958 and is featured in many documentaries around the world, one of the most notable ones being the “Around the World in 80 Faiths” series made by the BBC. 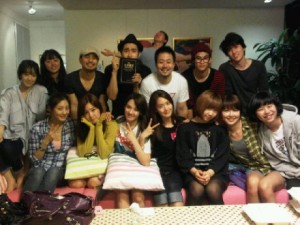 History aside, it is not hard to look within the realms of K-pop and find artists that wear their religion proudly on their sleeves and actively partake in the creation of KCCM. Some notable examples include Brian Joo of Fly To The Sky, Kyuhyun of Super Junior, Eugene and Bada of S.E.S and, of course, Siwon of Super Junior. It is not unheard of for fans to dig up old video footage of their idols singing in church when they were younger or attending Bible studies with other artists.

There are also instances whereby artists have left the K-pop limelight and found a home in creating KCCM or taking part in KCCM events. Ex-U-KISS member Alexander made an appearance at the 2011 3rd Wave (a CCM music group based in Seoul) I Will be There music rally in Malaysia. Super Junior’s Siwon also made an appearance on their “I Will Be There” album back in 2010.

SMTown are also known for releasing company albums which boast their artists singing an array of religiously fueled tunes. In 2002, former S.E.S member Bada sang “The Lord’s Prayer” as part of the SMTown Christmas Album — amongst many other traditional and contemporary Christian songs.

As controversial as religion may get, it is interesting to see people’s perception of it. Thus, you can imagine the ride I was in for when I typed “Religion in Korea” in to Google. 31% of the population identify themselves as Christian — 24% as Protestant, 7.6% as Roman Catholic — whereas 24.2% identify with Buddhism. 43.3% of the population who took part in a 2010 survey identified themselves as irreligious. 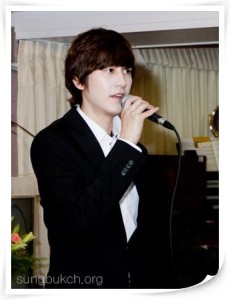 When covering the CL and Quran issue, I quickly realised that the topic of religion is one close to people’s hearts. Of course, this was not a new discovery for me as I grew up in Britain, and the religious landscape here is quietly visible; you’ll easily find 6 churches within a mile of wherever you are. Religion has always been a contested issue in the UK, and apart from a few lesson on Religious Education in high school, it stays out of people’s day to day conversations. Attribute this to the tensions caused by religion in the United Kingdom’s history or even the current problems with regards to immigration, terrorism, abortion, curriculums and (more recently) halal meat, and it’s clear why the topic of religion is regarded with caution. That being said, “Songs of Praise” are broadcasted every Christmas on the TV, radio stations cater to a huge Christian community present all over the country, and British CCM artists are aplenty.

However confusing the religion versus music debate is, it is still interesting to see this huge wave of KCCM getting stronger within Korea and the means it is taking to accomplish and relish its popularity — from mega churches and mass congregations to K-pop veterans singing at church in their spare time. Nevertheless, it is fascinating to see the KCCM trend merging with the K-pop that we know.

Were you aware of Contemporary Christian Music? What do you think about KCCM? Let us know! 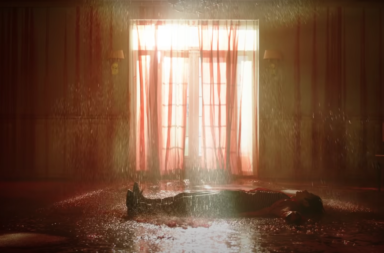