Lim Kim Makes a Sultry Debut with "All Right" 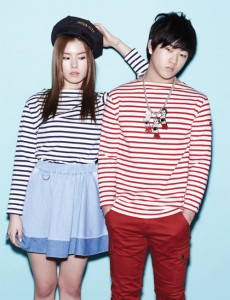 On the roster of acts making comebacks and debuts, there’s no one like Lim Kim, one half of the duo Two Months. With her unique husky voice, she stands somewhere between indie and pop. Kim — nee Kim Ye-rin — first came into the public eye on Mnet‘s Superstar K3 when she and Do Dae-yoon — the other half of Two Months — competed. The two finished in third place, and it was enough to get their foot into the limelight.

Just a few months later, Kim landed a small role on tvN‘s drama Shut Up: Flower Boy Band and recorded a song with L of Infinite for the soundtrack. Do Dae-yoon hasn’t done much, but some may know him from a certain incident with IU and Taeyang on Twitter. But it’s no surprise if you haven’t even heard of either of them unless if you watched Superstar K3 or perchance saw Shut Up: Flower Boy Band because the duo technically hasn’t even debuted (though they released a song last month).

In September of last year, the duo officially signed to Mystic89, singer/songwriter Yoon Jong-shin‘s agency, but their debut was suddenly put on hold when Do had to return to the United States since the two are from New Jersey. While Lim Kim (her stage name comes from her English name) transferred to school in Korea, Do Dae-yoon (or Dennis Do) opted to finish in the States.

Instead of waiting, Mystic89 decided to push forward and let Lim Kim debut as a soloist. She released a preview track “Colorring” along with a cute lyric video, and less than 2 weeks later her album A Voice dropped. After the agency released a suggestive teaser for the single “All Right” consisting of Lim Kim clad in underwear alone, many anticipated her debut, surprised by this side of the singer. The music video though goes in a different direction as it is more on the metaphorical side.

Written and composed by Yoon Jong-shin, the single is about a woman who has just gotten out of a relationship and says she’s fine when she’s not. The video features an almost expressionless Kim inside of a room as a guy — her ex — stands outside. The room isn’t ordinary though. There are windows and cut-out holes around the walls so that he can look inside and watch her. She meanders around the one room in a regular at-home outfit: a tank top, short shorts and socks, plus a pair of heels.

Her ex then multiplies, and soon he is everywhere, surrounding the room and watching Kim. Since the song consists of him intermittently asking her if she’s alright, it is almost as if he’s more concerned from her than she is for herself. She stares blankly at nothing as she sings that of course she’s all right. She then begins to hang pictures over each of the holes in the wall, and the photos in the frames are all the same: a picture of his back to her. Not only does she feel like he’s emotionally turned his back on her because of the break-up, but she actually wants him to turn his back. She knows that she’s not alright, but she’s trying to convince him so he’ll leave her alone. His presence probably only makes her feel worse so she doesn’t let him see her anymore. She then closes the curtains over the windows, and the lights fall to darkness. 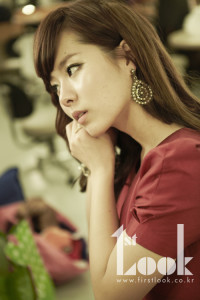 When the lights rise again, Kim is at the center of the curtain, though this time it appears to be a stage curtain. A spotlight shines on her, and she avoids it, running away from it. Her ex reappears and keeps asking if she’s fine. He even tries to open the door to where she is to see for himself, saying he’ll call her. Now dressed in a sequined dress and some unflattering lilac lipstick, Kim puts on a literal performance to convince her ex that she’s alright so backup dancers appear. She does a small dance before the song ends, and she turns to the camera, staring at it knowingly as though we the audience are now her ex.

The music video is different. With all of the golden tones and bright lighting, it has an ethereal but sultry feel to it. The symbolic meaning of everything happening really capitalizes on the lyrics since they don’t give any real evidence that there’s something wrong. While anyone can infer it from hearing the song, which would probably be best described as a soulful, subdued pop, the music video fully develops the meaning of the song.

Though rather strange, the track suits her husky voice perfectly because it’s whispery and sensual. It has a haunting, almost mesmerizing feel to it that works perfectly. The only part of the song that doesn’t fit is the electronic music break or the ex’s dance break in the music video. It’s a bit awkward because it shifts from the percussion-driven verses into this psychedelic-sounding break. While some change is necessary because of the nature of the music, it just doesn’t fit it right.

Other than that minor bridge, the song and music video are oddly compelling and hypnotizing, pulling any listener in even if the music isn’t their typical taste. While it’s disappointing that Two Months’ debut was pushed back, Lim Kim’s debut only ups the anticipation. It’s different but also sultry and fresh, making for a hazy but bright light in the current music scene. 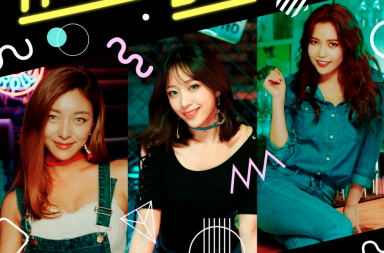