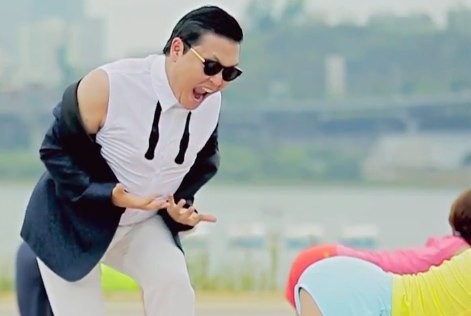 I imagine that these days JYP is locked in a dark room somewhere flinging papers all over the place in rage while “Gangnam Style” plays repeatedly on a dozen screens in the room. He’s probably tearing out his hair wondering how the hell Psy was able to make it so big in America while his ventures have struggled to make the tiniest blip on any serious radar.

And if he’s not stressed by Psy’s success, he should be.

Because after years of grooming the Wonder Girls as the newest Western sensation–in fact plucking them out of incomparable fame in Korea–he still hasn’t succeeded. As competitive as entertainment companies get, I figure it has to hurt at least somewhere deep in his heart to watch Psy rocking out on the Today Show, laughing it up with Ellen DeGeneres and Britney Spears, opening Saturday Night Live’s season premiere, and hobnobbing with Bon Jovi, Usher, and other significant American artists.

Because when you think about it, those gigs were supposed to belong to the Wonder Girls! They opened up for the Jonas Brothers for gooodness sake! They did an entire film with Nickelodeon for crying out loud! And they put out a single with Akon! How is it that after all that work, JYP’s Wonder Girls haven’t been able to earn the attention and adoration of the West that Psy has? 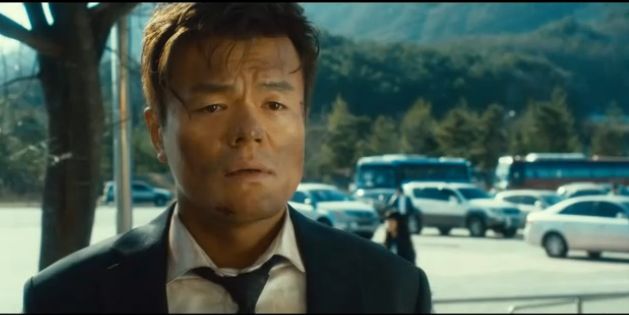 The Korea Times recently asked the question “Why Psy and not JYP?”  It’s a valid question, even though he’s not the only CEO of the Big 3 who’s tried to enter the Western market. BoA and Se7en met with miserable failure and SNSD‘s spur of the moment American venture didn’t get past the steps of Kelly Ripa and David Letterman. But of all the company CEOs, JYP has the most to learn because he’s made significant connections to people in the Western music industry, and has so far navigated it longer than any other company. He’s produced music for artists and established relationships with a business savvy capable of getting the Wonder Girls air time. He even made it onto the cover of Billboard, which reminded us in big neon letters that he is “The Asian Soul.” He has a broad music knowledge–pop, blues, hip hop, jazz–that gives him an edge over others.

So why in the world has Psy gained the popularity that JYP hasn’t? Well, before JYP pulls out all of his hair pondering the answer to this, I’d like to offer him a few lessons he can learn from Psy about succeeding in America.

1. Don’t be afraid to embrace your Korean-ness 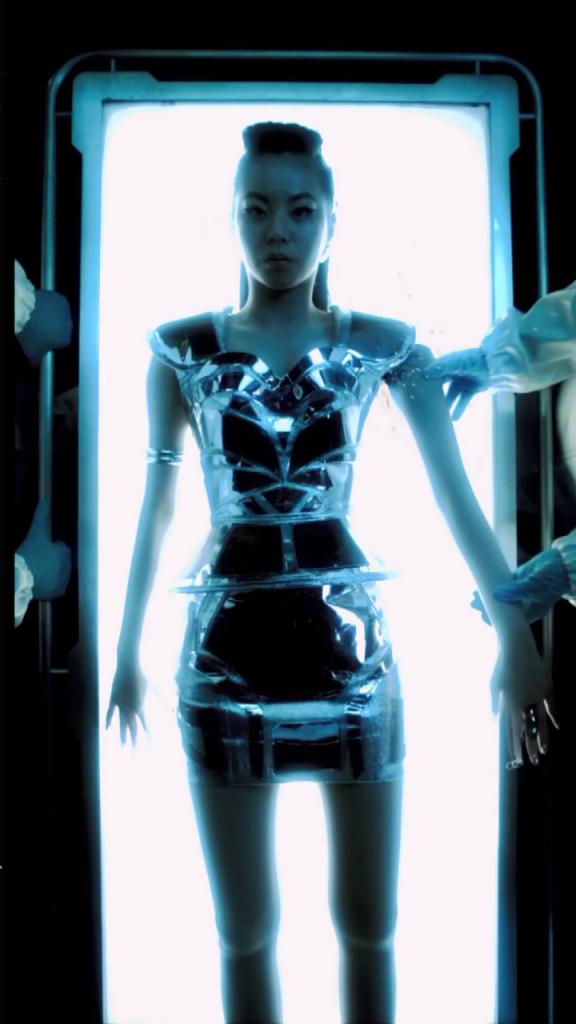 Psy’s “Gangnam Style” works for a lot of reasons. The catchy chorus, the addictive synths, the horse dance tailored for people who don’t know how to do much else on the dance floor. And it works despite the fact that the song is in Korean. In fact, it probably works because the song is in Korean. Just because you want to make it big in the West doesn’t mean you have to shed everything that makes you K-Pop. Is it necessary to lose the “Korean” from “K-Pop” to hit the charts? I don’t think so. This is where the Wonder Girls’ “Like Money” falters. It sounds too much like what Americans are already used to. It’s not worse. It’s not better. It’s definitely not new or refreshing. Sure, I enjoyed it (despite the fact that it sounds like the neglected twin sister of Katy Perry’s “California Girls,”) but it wasn’t something that stuck.

It’s almost as if JYP is trying to do American pop rather than introducing a K-Pop aesthetic to the Western music industry. Western music is practically begging for new sounds. Does that mean that JYP should start releasing all of his artist’s American songs in Korean with the Korean flag waving in the background? No. But he should produce music that offers a bit of new language and presentation. Embrace the fact that yes, the Wonder Girls are different from what Westerners have seen. That is a huge advantage!

2. Enlist the viral video gods to do a lot of the work for you

Never underestimate the power of a viral video. “Gangnam Style” was a video just begging to go viral. And once upon a time JYP and the Wonder Girls had their own viral hit: “Nobody.” It’s one of K-Pop’s most watched videos on YouTube. And what made it such a viral hit? It was catchy. It was easy to sing along to. And it had an awesome dance that everyone and their mother–as well as NBA star Dwight Howard–were doing.

But “Nobody” came out a bit before our digital age dominated by Twitter and Facebook. Would it have done well in the share culture we live in now? I don’t know. But it could have gotten a lot more love from the West than some of their later music.

On the subject of Twitter, some of the initial popularity “Gangnam Style” received started with tweets from, as you’ve heard a million times already, T-Pain, Josh Groban, and others. I’m sure JYP knows a few prominent people that he can enlist to tweet some of the Wonder Girls’ content out. And on the subject of content, it needs to be interesting. It’s fun for fans to watch all those “Real Wonder Girls” videos, but JYP will need more compelling, fun, silly, crazy innovative video content for people outside of fandom to get interested in.

The downside to viral videos is that they come and they go. But they can still be used as a jumping off point for people to get familiar with the Wonder Girls’ faces.

3. Step aside and let the artists do their thing 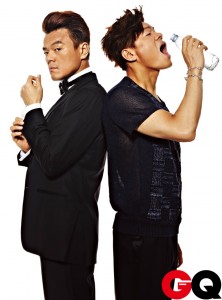 Out of all of Psy’s appearances, not once have I seen YG appear anywhere. I don’t even know if his name has even been mentioned at all. And as much right as YG probably has to use Psy’s success as a stepping stone for whatever endeavors he may be cooking up for himself, he instead stays far in the background, allowing Psy to bask in the spotlight.

Can you imagine JYP allowing the Wonder Girls to have the spotlight all to themselves? Like, completely to themselves? What would that even look like? A world without JYP whispering on a track he produced (which he’d insist had to be the lead track). A world where he doesn’t pigeonhole himself into a video, scaring the living daylights out of us. A world where they can do a freakin’ Nickelodeon movie without him being a focal point of the plot.

I think JYP has hindered the Wonder Girls’ likability. Part of it has to do with the fact that they are just not well trained to be on camera in candid situations. They’re not really fun. At least, they didn’t look like they were until I watched “Like This” and thought, “Wait, these girls have personality?” I don’t think the Wonder Girls could work a crowd like Psy is working his American crowds, nor could they come up with the hilarious ad libs he has (“Dress classy and dance cheesy“), but I think they have potential to be fun and be themselves if given the chance. You know, without the huge hovering shadow of papa JYP. Wonder Girls’ foray into the Western market should feel like a fun expedition that they are happy with; it shouldn’t feel like JYP’s rigorously persistent venture to land himself on Billboard’s American Top 10. He has to give them more control over their concept and their image, much like Psy has been given.

4. Don’t take yourself so seriously

I seriously doubt that when Psy was penning “Gangnam Style” he was thinking, “This is it! This is the one that’s going to make me a huge phenomenon all over the world!” I’m fairly certain he wanted to do something that he enjoyed and that his fans would enjoy as well. Just watch the behind the scenes footage of the making of “Gangnam Style.” He literally shoots a take, watches the playback, and giggles uncontrollably at how absurd it all is. 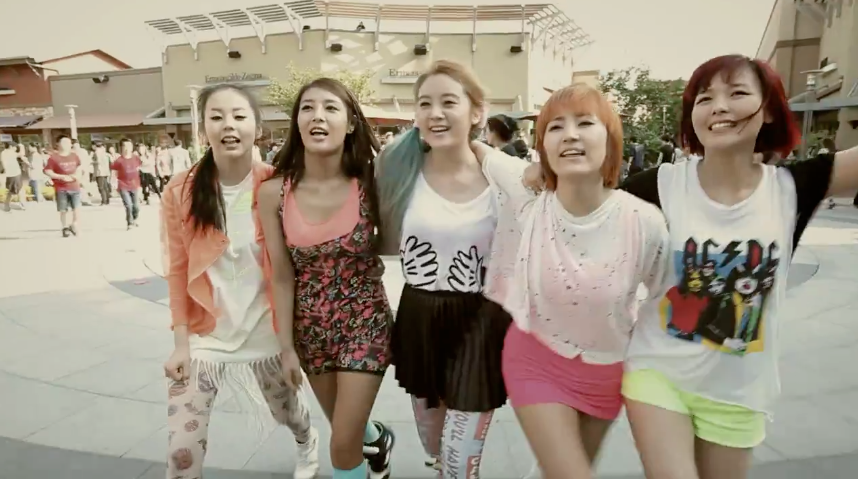 But with JYP, things tend to be a lot more serious. Too serious. It’s a facet of his music-making that’s become a flaw over the years. All of his 2PM music makes me want to cry tears of depression. Same goes with 2AM. And when it comes to the Wonder Girls, there’s a feeling of pressure and high stakes. In “Like Money” the girls are androids up in space who are going to take over the world. There’s all of this CGI and special effects and a feature from Akon and all these terrible English lyrics and on and on and on. Why not do something fun, silly, and frivolous that people can relate to? Or that people can be curious about? “Like This” was a step in the right direction–JYP had the kind-of innovative idea of incorporating a flash mob and allowing the girls to look like they’re having fun. When you look like you’re having fun, it attracts people to watch what you have to offer.

Psy’s success in America is probably not the kind of success JYP wants. While Psy’s seems like it’s going to be short-lived, JYP strategy is that slow and steady wins the race. And while I agree with that sentiment, I still think he can learn some things from Psy’s achievements. What do you all think? Can Psy be used as a sort of model for JYP and the Wonder Girls or are we looking at two completely different situations?