J. Tune Camp needs to fire whoever in charge of coming up with names for their idol groups. Two X is J. Tune Camp’s first girl group, sister group 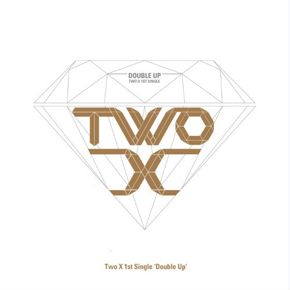 to the ever-so amazing MBLAQ, and have released their debut single, “Double Up.” With a name like Two X and a title track called “Double Up,” it sounds like a recipe for debut disaster, and seeing as I didn’t like MBLAQ’s debut at all, I’ll admit that I didn’t have high hopes for them. But MBLAQ has grown a lot as a group, and thus, J. Tune Camp as a company has as well.

J. Tune Camp is a different company than the one that debuted MBLAQ with a song and concept like “Oh Yeah,” and hopefully they’ve learnt from their mistakes and missteps as to create a more polished debut in the form of Two X. Another advantage Two X has over MBLAQ for their debut is that two of their members have had done previous work in K-entertainment, with the leader being featured on Rain‘s 5th album, and the rapper being a former back-up dancer for Rain, Big Bang and 2NE1. It’s not the most extensive resume but it means that at least parts of the group has experience on stage and behind the scenes, which might make the group’s transition from the practise room to the stage all the more smoother.

This is definitely a solid debut. Although Two X, the Two stands for Top Win One by the way, has a cringeworthy name as you can get, the five girls definitely have a lot of talent, especially in the vocal department. The structure of the song is avery vocal-friendly, seeing as the vocals are the best part of the song, while the rapping is lacking, especially at the opening of the song.

They really do feel like the female MBLAQ, where the vocals of Seungho and G.O are a lot more stronger than the rapping of Mir and Thunder, and having songs where vocals are dominant would be the best choice for them. Thankfully the opening sequence isn’t terrible enough to ruin the listening experience of the rest of the song because the vocals of the other girls clearly carry the song. I hope J. Tune Camp releases a duet of G.O and anyone of the vocalists immediately.  The song itself is very slow in terms of tempo, with some mixing added to pick up the pacing, but it’s not a catchy song. Even though the vocals make it a good listen, it doesn’t seem to grab my attention as some other girl group debuts have, like GLAM and Spica. The vocals are impressive, but the song isn’t, and it might take a lot more listens to be memorable. The song isn’t terrible by any means, it’s always a pleasure to see songs that aren’t electro-pop in K-pop, but it doesn’t stand out to me at all. It’s enjoyable because it’s not mind-numbing, and perhaps if they had debuted before Spica, I would have enjoyed it a lot more, but it’s not a great song by any means.

As if I’m walking across the desert, as if my whole body is burning

This line brings us the MV’s setting, it looks to be set in the middle of the desert, within the remains of a discarded circus. Although it’s an odd choice for a K-pop set, it 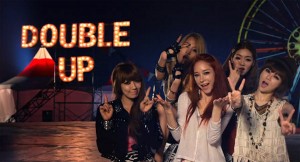 could be a metaphor for the broken pieces left behind after a break-up. A circus is a symbol of fun and whimsy, which a relationship can feel like until the fun fades and the whimsy stops and gets destroyed by the demise of the relationship. The song discusses picking up the pieces left behind after a wilted love and working twice as hard for love, for the next relationship. Although ‘Double Up’ is an awkward-sounding title in English, it makes sense within the lyrics–sort of. The lighting of the MV looks beautiful with the sunset in the desert atmosphere and the wide shots of the landscape. Really great camerawork and cinematography can always save a MV that’s lacking of plot or anything really going on besides shots of the members, and the MV for “Double Up” succeeds with that. However, I wish that they could have taken more advantage of the scenery and had the girls move around a lot more, or go on an adventure, instead of being grounded in that one specific spot in the discarded circus.

Two X’s debut is promising, but the song alone isn’t a memorable one. I’ll definitely follow this group for their next releases, especially because I really like the vocals of the singers within the group, and hopefully they’ll come out with a single that’ll be as strong as the vocal talent that they have. 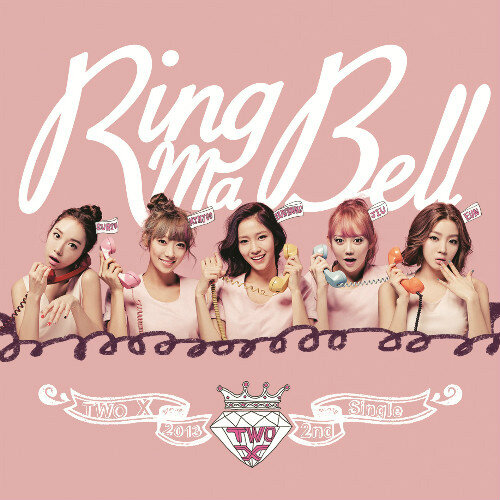 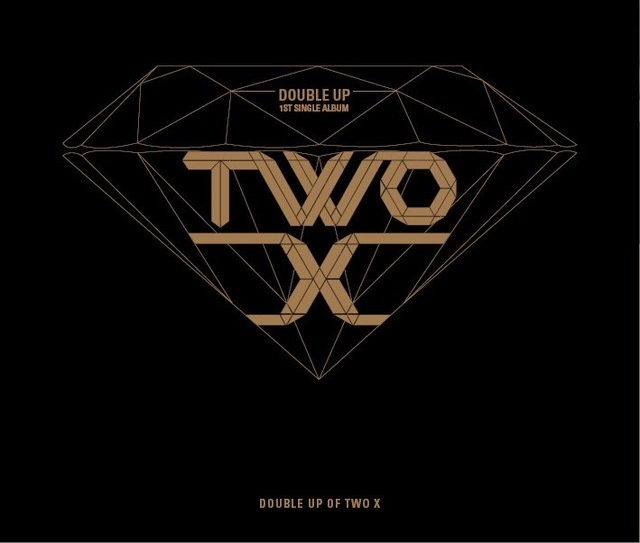