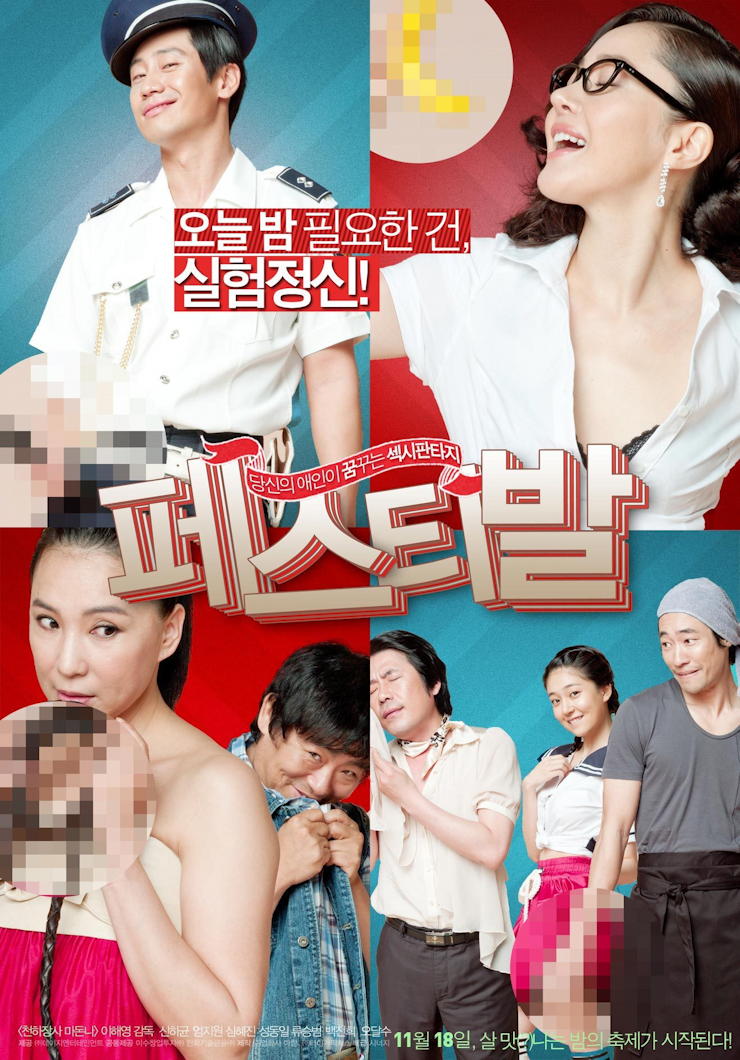 I’m here to announce the first SB giveaway of the summer. It’s 3 pairs of tickets to see the North American premiere of Foxy Festival. From the NYAFF website:

FOXY FESTIVAL,­ a “Making Our Neighborhoods Safe & Happy” festival has the vice cops working overtime in this multi-character comedy that’s like a Robert Altman flick about fetishes. Love – and handcuffs, and nipple clamps – all conspire to save the day from the forces of conformity.

The film follows four people as they discover things about themselves they never knew before and probably wouldn’t tell anyone else. Starring Ryu Sung Bum, Shin Ha Kyun and Shim Hye Jin, and directed by Lee Hae Young, Foxy Festival is sure to be a quirky hilarious good time. The showings are below, so if you are available and would like a pair of tickets, leave a comment with who your favorite actor is and why. We’ll randomly pick three winners in a week’s time so comment away!