Uhm Jung-hwa's "Ending Credit" is Not Yet The End 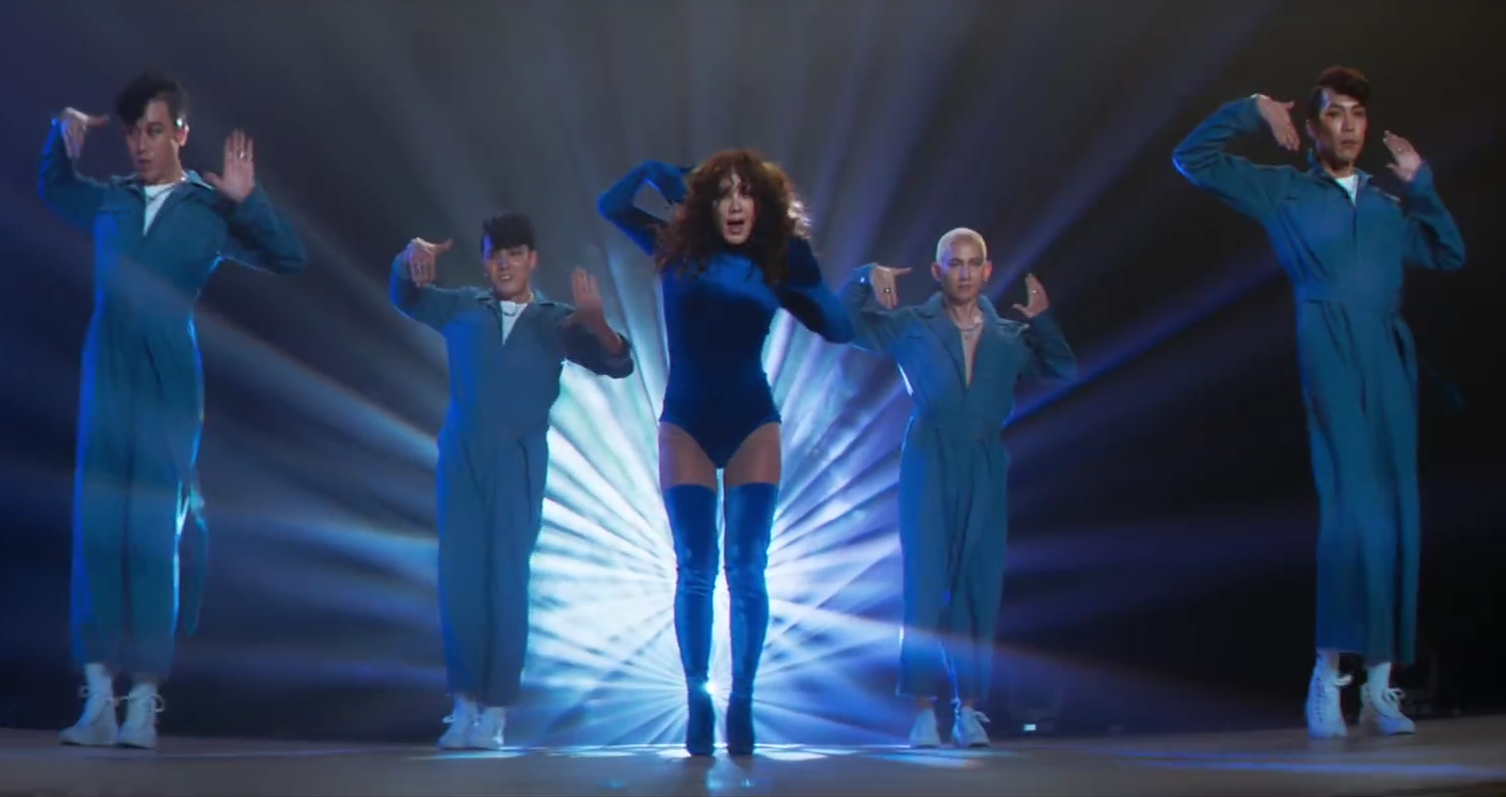 Uhm Jung-hwa is recognised as one of the legends in the K-pop industry, finding success in both her singing and acting careers respectively. She has been coined as the “sexy queen from the 1990s,” and despite hitting her late forties, she maintains a stunning image of beauty.

Debate has been going around as to who is to succeed her title as an icon of sexy, with Uhm Jung-hwa seemingly being pushed out of the spotlight by a new generation of idols. However, Uhm Jung-hwa is in no way daunted by such talk of being phased out. Her newest album release, The Cloud Dream of the Nine, is a challenge to these new singers. Its title song, “Ending Credit,” is an attempt to assert her position in the industry.

The MV for “Ending Credit” works hand-in-hand with the music to recreate a portrait of the 80s. The electric-synth pop style is indubitably retro, and the MV does not miss the opportunity to maximise such a theme. From the very first moment Uhm Jung-hwa enters the frame, her large permed hairdo, oversized coat jacket, polka dot blouse, and huge sunglasses all scream eighties fashion style. The few outfits she is later seen donning in the MV also have the same nostalgic overtone of the 1980s. The frilled pink satin dress she dances in follows the trend of ruffles, whereas the leotard is a reference to workout fashion popular in the era.

Uhm Jung-hwa exudes a sexiness that is not explicit or overwhelming. Rather, it is palatable and perhaps innocent even. Her clothes are not overtly revealing, instead placing an emphasis on her silhouette to bring out a form of sensuality. It is strange to conceptualise her image in such a contradictory manner, but she certainly echoes the image of Madonna in the 1980s. Especially with her performance style, it is hard to deny a certain parallel between the two.

However, “Ending Credit” is not just a simple nostalgia trip. The nuances built into each image of Uhm Jung-hwa, with the changes in outfits, constructs a moving message. Within the MV itself, Uhm Jung-hwa occupies the position of both audience and performer. The setting of a theatre makes such a portrayal easy to be conveyed. For a good portion of the MV, Uhm Jung-hwa dances on the stage and fills the role of a star, albeit one that has had her peak of fame rooted in the past. Her makeup is heavy, clearly of a style that is outdated and reminiscent of the 80s. For the briefest moment in the MV, an alternate image of her is seen. She is seated in the audience seat, and watches the stage with teary eyes. The polarising identities portrayed by Uhm Jung-hwa embodies a sad but moving connotation – she watches a moment of glory that she had achieved but is now gone. The fondness of nostalgia works precisely in such a manner, that a moment in the past becomes precious precisely because it appears as stunning yet irretrievable.

The song, if read beyond just a simple love song, has many references to a forgone past. 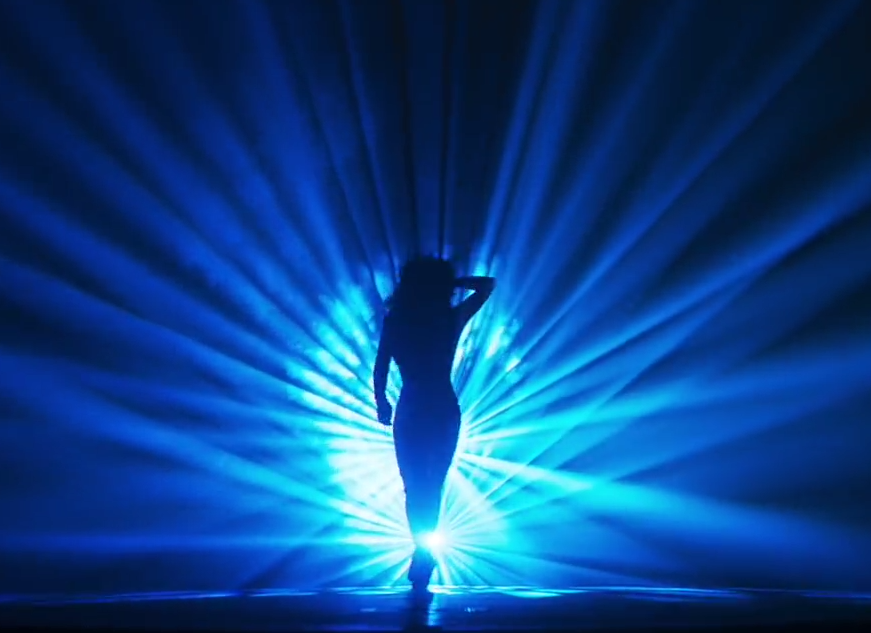 At the end, there is even an iconic scene of Uhm Jung-hwa walking towards the too-bright stage lights. Only her silhouette can be seen, bringing to mind many similar images indicating a curtain call or the end of a glamourous performance. For a singer or performer, this is a poignant portrait. At once, happiness and sadness are combined in a singular image of having achieved greatness but also having such a moment come to pass.

This ties in very closely with her current position in the K-pop industry as well, where her status as a diva also comes with the reminder of her increasing age. The title of the song seems to be ominous if we continue along such a train of thought. Perhaps she is finally reaching the end of her career. Yet, Uhm Jung-hwa’s “Ending Credit” is not as bleak nor does it reflect a defeated attitude. She has been hailed as a legend because of her continued passion and dedication to being a singer, amongst many other achievements. The MV carries with it Uhm Jung-hwa’s determination as a performer.

It was interesting to find that intersecting the opposing images of star and audience member were many moments of Uhm Jung-hwa dancing in the audience seat. Her makeup during these moments are moderate, emphasising a youthful image of the pop singer. In these interluding portions, she somehow floats between the roles of audience and performer, suspending the strict divide between the two. Rather than settle with just watching the past repeat onscreen, she actively performs for an audience. Despite no longer being onstage, she still delivers a charismatic choreography. 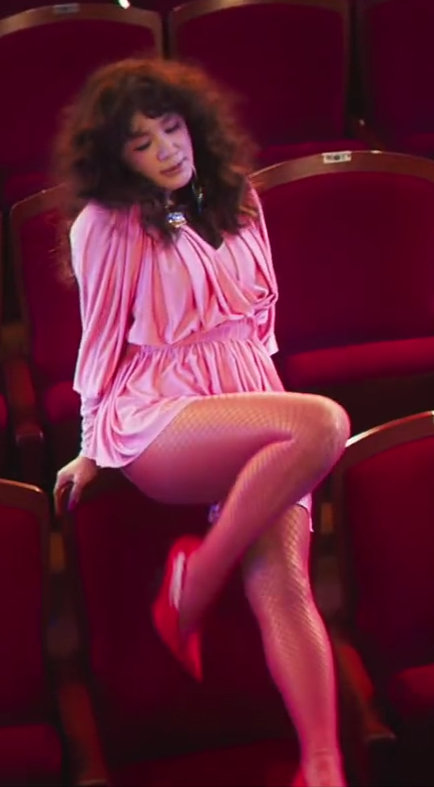 The MV itself is shot in the style of a movie, echoing the lyrics tracing memories of the past as a film coming to an end and the audience leaving the theatre. This is also linked to the title, “Ending Credit,” where the rolling of credits punctuates a story. Yet, the MV plays on connotations of a credits scene as indicating finality. Many movies leave the best snippets after the credits scene. Marvel movies are most well-known for their post-credits tidbits, offering sneak previews of upcoming films. “Ending Credits” does the same, where the credits roll in, but the static credits scene interludes into Uhm Jung-hwa dancing. The MV truly ends with Uhm Jung-hwa breaking character and laughing.

Relating this to the value of post-credits scenes, perhaps the ending credits suggested in the title does not simply propose an unyielding sense of finality. Rather, Uhm Jung-hwa’s track suggests that the end of a story is simply a start of another. Despite the story of a specific character that has faded out within the span of a single movie, the actor lives beyond the ending credits. In the same sense, a portion of Uhm Jung-hwa’s career, or her image as a pop singer of the 1990s has and should come to an end. Yet, possibilities continue to abound beyond the closure of that image.

The song ends on an encouraging note, perhaps not only to herself, but also to her peers that reached their peak of fame in the same time as she did. The lifespan of an entertainer in South Korea’s entertainment industry is often visualised as fraught with turbulence and uncertainty. Popularity does not last forever, but opportunities continue to abound if one does not fixate on a single moment of success. Uhm Jung-hwa is the role model of many female artists and it is easy to see why. 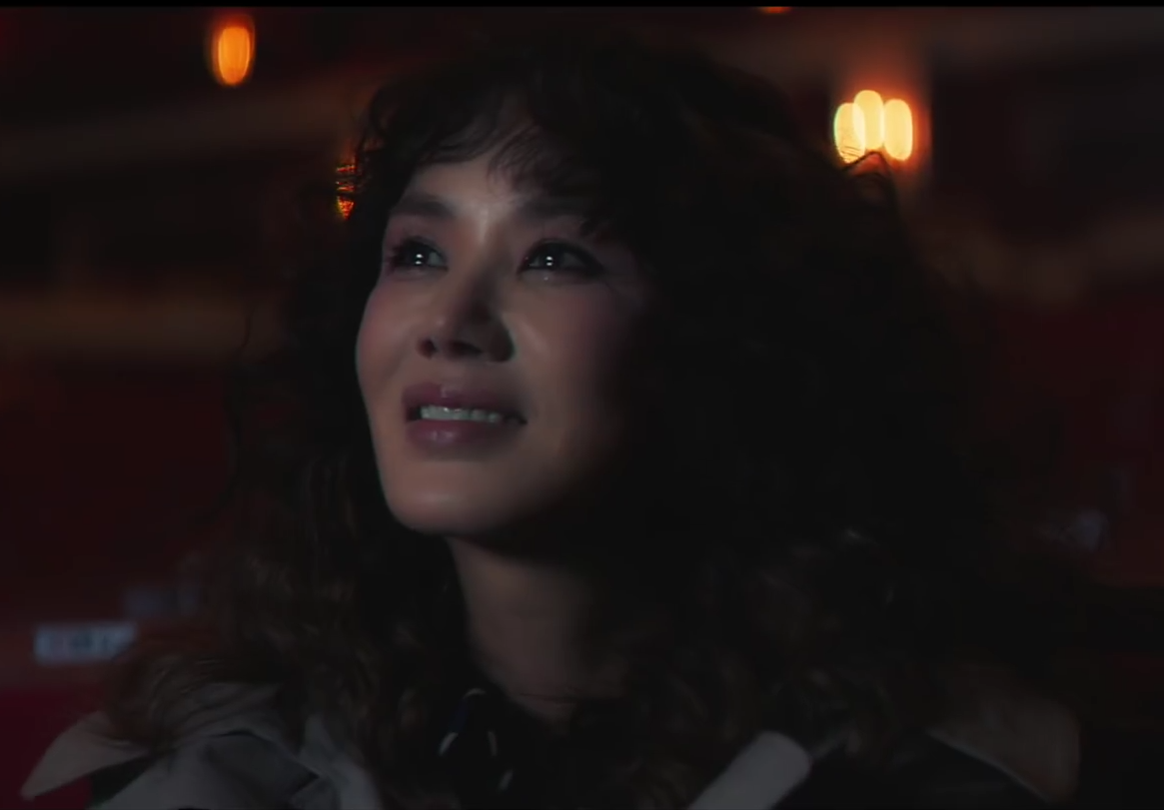 In this particular MV, Uhm Jung-hwa’s performance calls to mind the image of Madonna, with the leotard outfit and conservative sexiness. However, she deserves to stand as herself without any reference to Western culture. She is a diva and an iconic figure for the K-pop industry because of her ability to remain relevant despite the shifts in trends, and her versatility as an artist. The MV is clearly nostalgic and a homage to an older generation of pop singers. Within the fond memories of the past, there is a constant reminder that precisely because it is irretrievable, there is even more reason for artists to move forward with the changing tides.