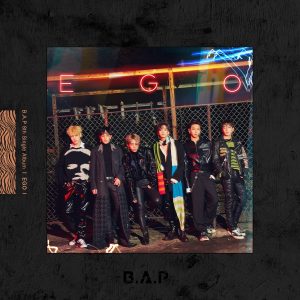 When B.A.P announced Ego as the name of their final comeback for 2017, several thoughts ran through my head. Two of them were other songs — Big Bang‘s “Ego” and Beyonce‘s “Ego” — and the second was how would this tie into their discography. As a group known for tackling social issues, would this album prove to be in the vein of “Wake Me Up“? The title track was announced as a hip-hop song called “Hands Up” and the assumption became that the group was going back to the days of “Warrior,” “One Shot,” etc., and more of their darker roots.

Ego dropped, and in true B.A.P fashion the three track single album covered a range of genres while managing to hit several emotional and intellectual points. However, the question was: how did it all relate back to the album’s title, Ego?

The title song, “Hands Up” might be the definition of a B.A.P track. It’s got the group’s signature call to arms against society’s standards and rising against personal barriers to reach out for a dream. With it’s hip hop beat and it’s more balanced use of the group’s vocalists, it’s a more mature version of previous songs while maintaining B.A.P’s essence.

These are no longer the punk warrior kids of before. They have the same message but they’re delivering it in a more streamlined way. “Hands Up” is a call to action – stop letting outside forces dictate what you can and can’t do, as leader Bang Yong Guk so eloquently puts it:

There is no real answer
Because there was never a question from the start
So take yourself out, look carefully, let’s look around
Escape the ways that trap you
Biased thoughts and views that kill us
To the real you in the mirror, hands up

The MV is grunge at it’s finest with leather and piercings galore. For such a thematic song, the video is actually quite simplistic in its visuals which mainly consists of close ups and group dancing shots. Coming off of “Wake Me Up,” and “Honeymoon,” which both had some strong symbolism, the video for “Hands Up” seems lacking in that department. What does seem to stand out is the group scenes over the individual scenes. Maybe it’s a coincidence that the group scenes had more impact when the group is known for touting that things are better together. 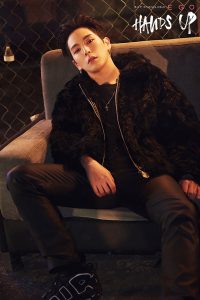 With “Moondance” and “Think Hole” the album shifts from hip-hop to softer dance tracks, though still with the B.A.P style. “Moondance” highlights the vocalists, giving Youngjae a chance to sing in lower, more natural tones, and giving Daehyun in particular a break from screaming high notes through the background. “Think Hole” also allows for more from both Jongup and Himchan, while Zelo’s newly developed low tone in the song rounds out the overall album as more mature. Generally, the songs on this single album are more evenly distributed vocally between the members than others, which is a pleasant sign of growth.

So, with all this being said, what does it all have to do with the title, Ego? Colloquially, we use the term ego or egotistical to refer to someone’s sense of self-worth, or their sense of entitlement. Think of, for example, Big Bang crooning sorely about “she killed my ego,” and the damage that seems to have done to them. From a psychological point of view, the ego is the part of the self that mediates between instincts and the real world. Your ego keeps you from stealing what you want and waiting patiently in line to buy the items. Your ego stops you from walking up to a stranger and flat out punching them, offering the chance instead to talk it out (and then maybe punch them).

“Hands Up” obviously outlines the tension between the ego and the rest of your “self,” thus making it an easy tie-in to the theme of the album. However, the sweeter accompanying songs also hold a bit of weight. In “Think Hole” Bang Yong Guk says:

One of the functions of the ego is defense mechanisms, ways that it helps us cope. Fantasy is one of those defense mechanisms, as defined by Freud, and both “Think Hole” and “Moondance” express a need for fantasy—for just a few moments of made up bliss to forget about internal struggles. 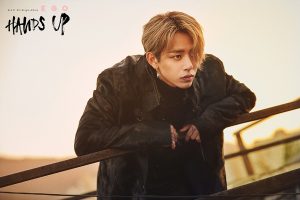 B.A.P has made a powerful comeback. Coming off their color series, the return to their more hip-hop roots to end the year off with a bang has certainly seemed to be a good move. Ego may be the quintessential B.A.P album – a little bit dark, a range of styles, and underneath it all a message to keep going through dark and trying times, despite the weights of the world on your shoulders.