MASC's "Do It": Catchy but Lacking in Personality 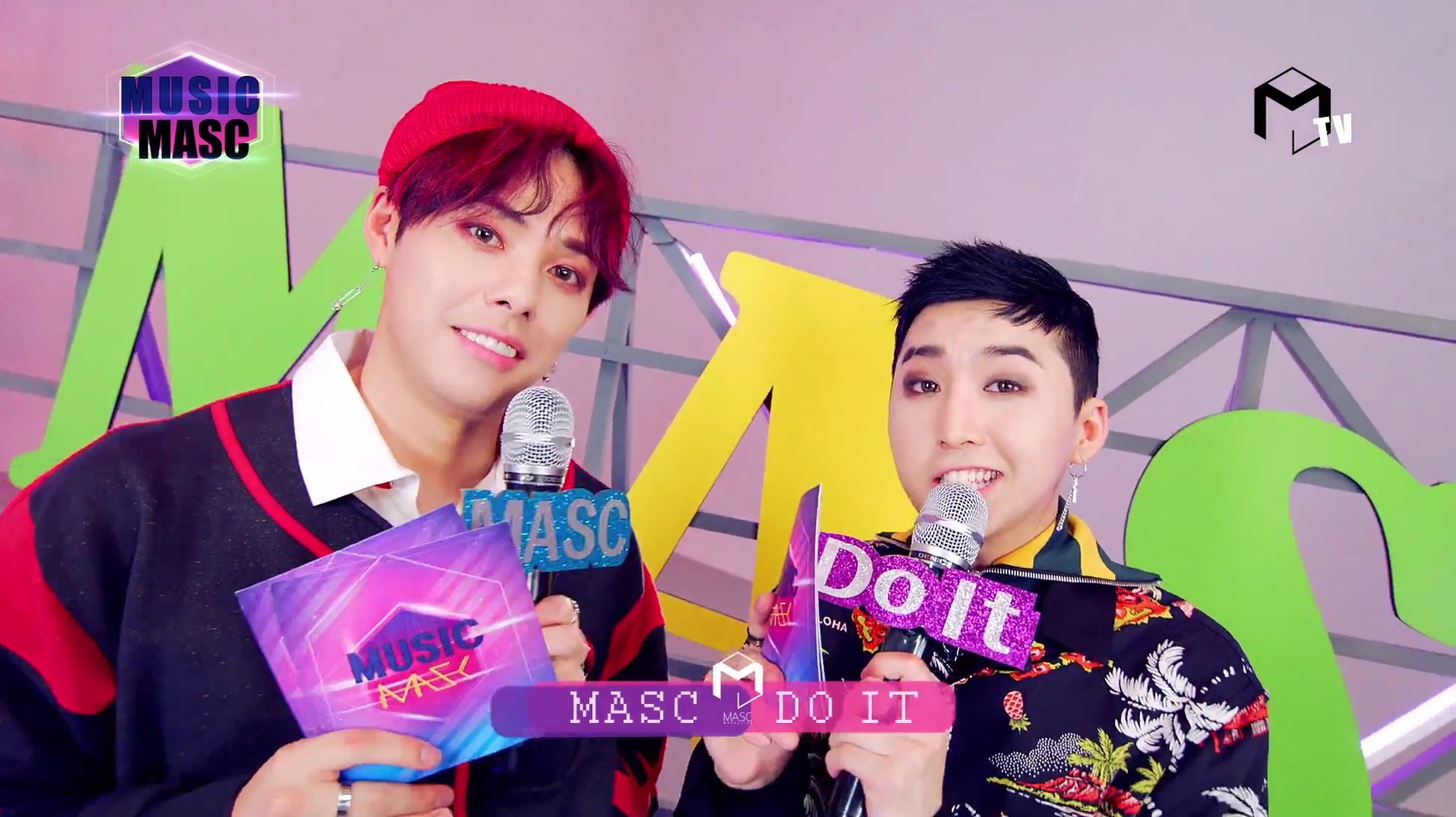 MASC is a group whose name remains fairly unmentioned despite their debut last year with their first album Strange in August 2016. JJ Holic Media’s first boy group have reformed with eight members, up from the original four. The group’s name, MASC, is short for “masculine,” but it also takes on the meaning of “Make It a Success.” The original four-member group consisted of Woosoo (leader), ACE, 26 (pronounced Yi-ryuk), and Heejae. With “Do It,” the group has added four new members: Doeun, Ireah, Moonbong and Chibin. Athough, they debuted as a hip hop group, their music style has also taken a turn along with this change in numbers.

In “Do It,” the colours are vibrant. The set is cartoonish with two-dimensional backgrounds inserted between scenes; nothing seems realistic at all. More interestingly, the MV leads the audience into the world of televised music performances. Music Bank, M Countdown, Show! Music Core are examples of music programmes in South Korea. MASC parodies these in a particular scene where Woosoo and ACE are imitating the hosts of music programmes by holding labelled mics and cue cards. The scene even goes into the details of including programme logos on the top corners of the screen, and the identity labels at the bottom.

This music show parody leads on to a Michael Jackson-esque dance sequence (a pretty impressive one in fact), before going into MASC’s own choreography. The televised music programme setting could work as a criticism on the performativity of being idols, though it seems unlikely the group intended for such an perspective. The music show mimicry itself does seem rather specific, but it just also seems like a fun way to showcase this song. The music is upbeat and cheery, maintaining a balance between voices. This can almost be claimed as a feat, considering the doubling of members which entails a further breakdown of parts. MASC seems to have managed this exceedingly well without sacrificing quality.

The track sustains a funky melody by relying heavily on the bass guitar as its grounding. The bass rhythm can be heard throughout, submerged in the chorus, while taking prominence in the verses. The result is a layered and sturdy track that accommodates the variety of vocals. It is enjoyable to watch the members each take the focus during their own portions, and every member does get a significant and distinct share of the song.

Surprisingly, “Do It” is not as simple as it seems. Though the shifts in backgrounds might seem random, there is more than meets the eye. The key to finding meaning behind the seemingly plain optimism lies in the signs and words placed in the background. The uncanny parody of music programmes is a crucial reference because these shows are important platforms for idol groups. It is on such programmes that groups pin their hopes of gaining recognition. Setting this as a frame for the MV, the racetrack sequence encodes in it the determination of the group in climbing towards success. In the shot of the starting line, there are signs of “Just one way” and “Best” in the background. Later, banners printing with “Don’t give up” and “Trust yourself” can also be seen in passing. If their paths as musicians are mapped onto the racetrack, there is only one path they are taking: forward. 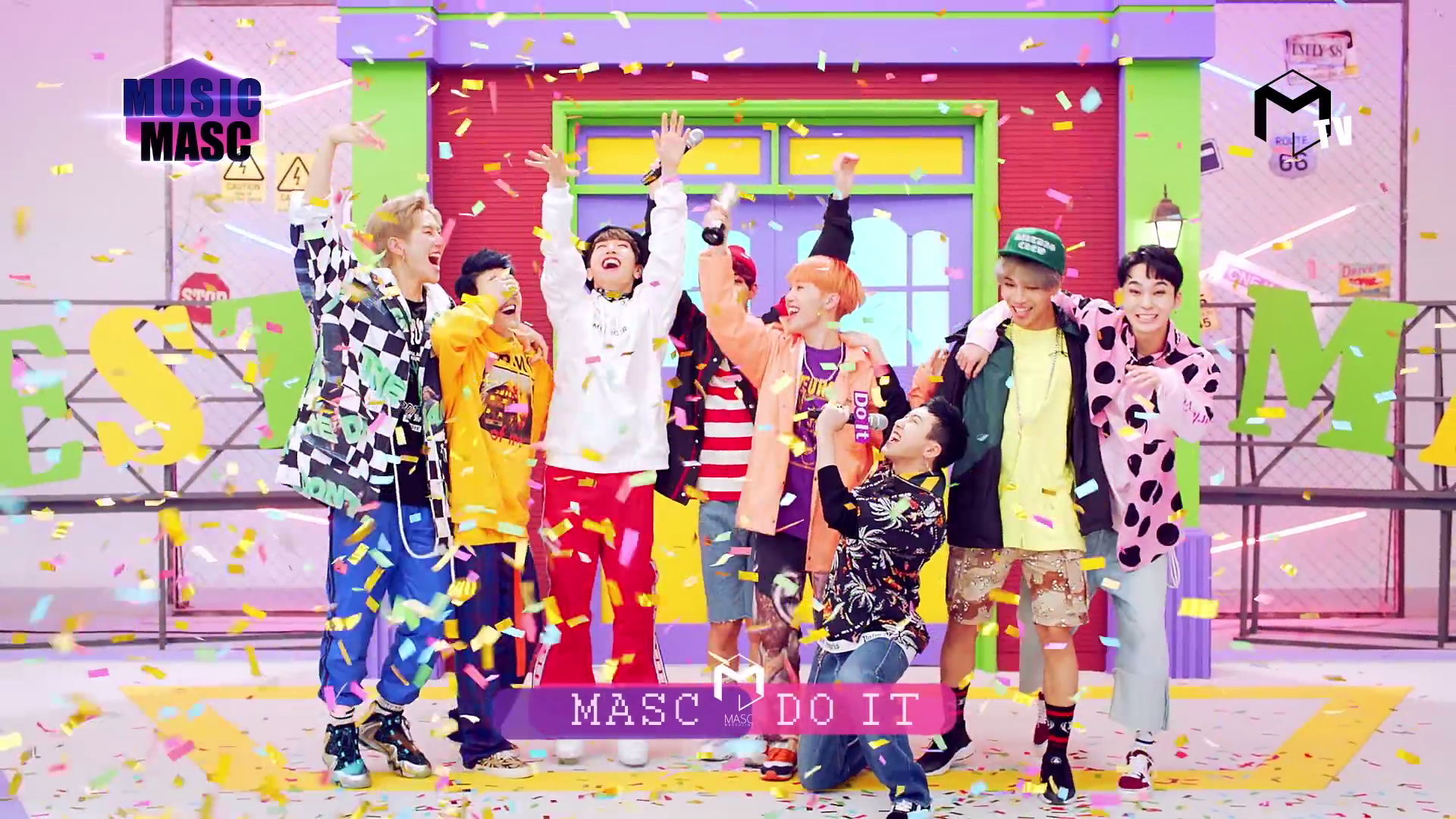 The interlude into the call centre comes into the picture following the race track set as a moment of action. If the group is determined to prove themselves, the MV implies that now is their time. The emergency light flashes, and the members are spurred into action. The MV eventually ends with Woosoo announcing the group’s win on a music programme, leading to their overjoyed cheering. On this pseudo-stage of a music show, MASC paints a trajectory towards success. They are not resting, but motivated to charge forward. Tying such meaning back to the title of the song itself, MASC is focused on just working hard for their goals.

The lyrics aren’t especially compelling, though its simplicity does work well to make it catchy. The song’s title, “다해,” translates to mean “doing everything” or “doing it all.” It encompasses the context of the song fairly well, with most of the lyrical content concerned with expressing a willingness to do everything when captivated by a lover. As a whole, the vocals are satisfactory, though “Do It” fails to showcase any spectacular talent. 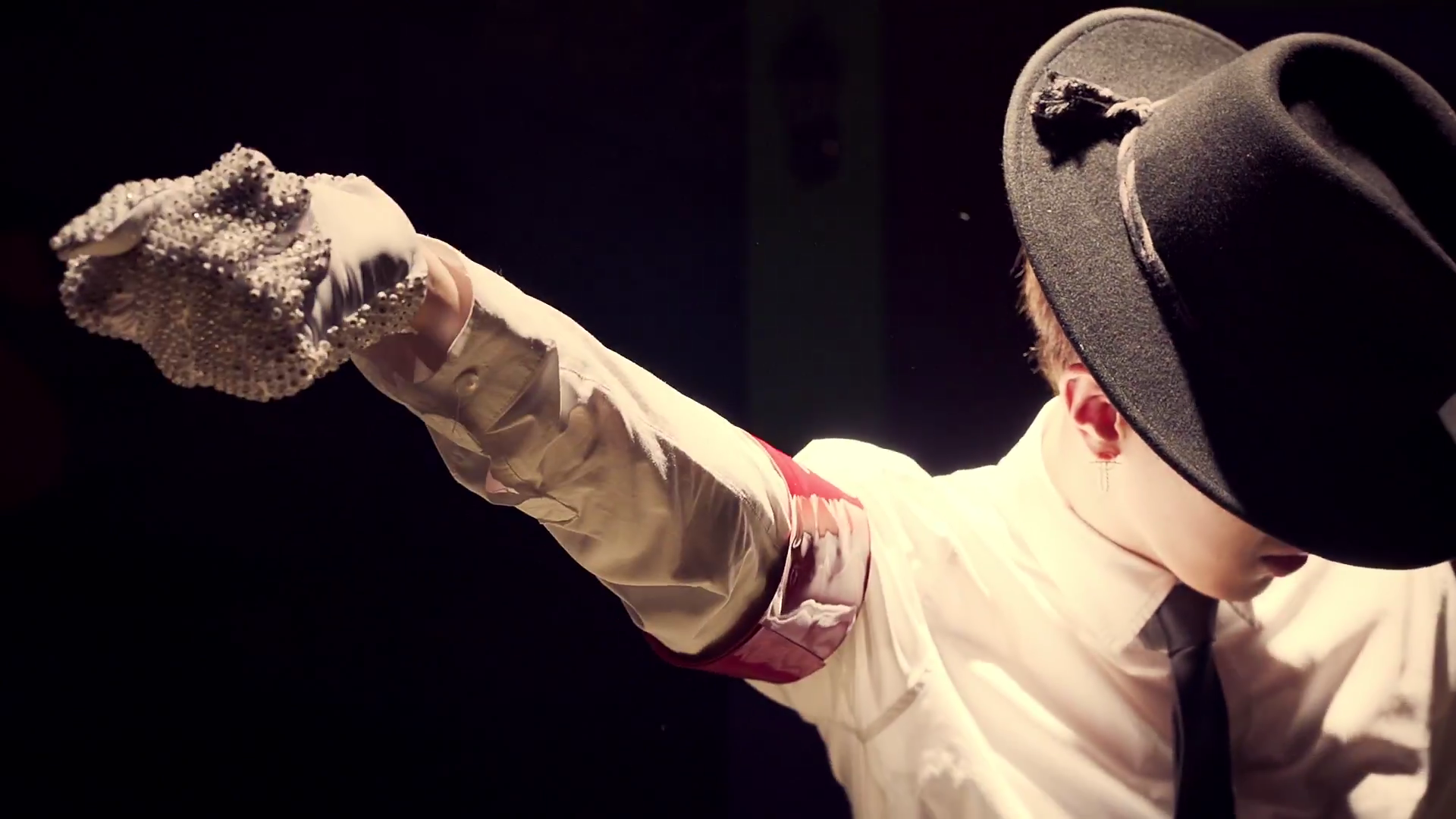 Arguably, the melody seems more compelling than the vocals. Against an instrumental track that is very intriguing, the vocals are easily outshined by the melody. This is a strange experience, especially since the track would not be complete without its vocal track. MASC succeeds in proving that as an eight-member group, they have integrated these new voices into their music without falling apart.

With the members blending together, at least in terms of the timbre of their vocals, they have integrated themselves as a group at the expense of their individuality. The song works, but not to the extent that it shows off what MASC is in terms of musical style. There is nothing to lose by loving the track, but as we all know, there is much more to being a successful K-pop group than just a decent song. A unique flavour is what distinguishes the good from the average, and that is precisely what seems to be lacking for MASC at the moment.

Conversely, there is no denying MASC does seem to hold some potential. They are an applause-worthy group with impressive dancing abilities. In addition, “Do It” works as a K-pop song. It is catchy, easy to follow, and has one sick melody backing it. If we were to put our faith in what the MV has shown us — that the group is ploughing ahead with certainty — it would not be surprising to see fiction turn into reality. The music show award might just become more reachable in the near future.