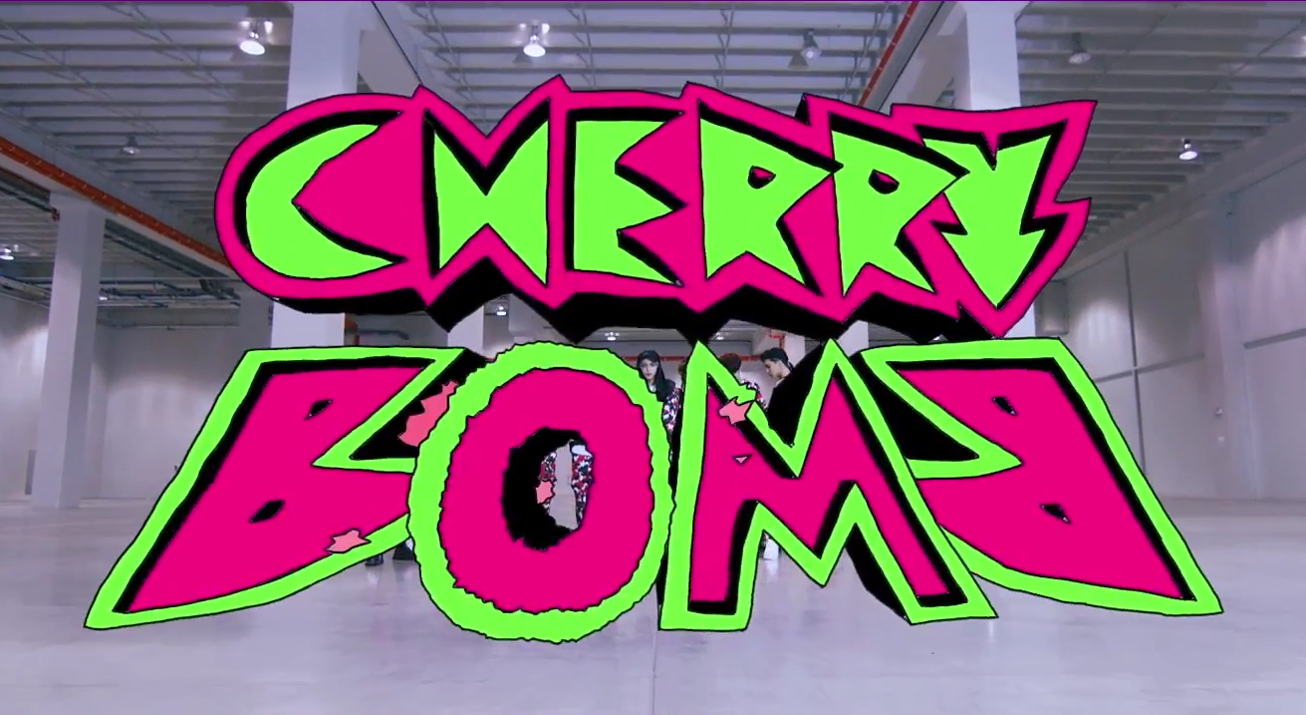 A combination of strong electronic beats and a host of sound effects, “Cherry Bomb” is one tough sounding song. It is a track that definitely brings out the group’s desire to dominate every stage they stand on. The strong, tough side of NCT 127 shines through especially when the track is coupled by an MV filled with stereotypical masculine images. “Cherry Bomb” comes as a shock not because of how stellar it is. Rather, it is a title track that attempts too many huge feats at once and succeeds at none. Such a statement applies not only to the track itself, but also to the MV’s construction.

The MV begins with a familiar warehouse background where the boys are dancing. Within seconds, there are dirt bikes flying across the screen and jeeps zooming past. One minute into the MV, there is a motorcycle with its back wheels on fire. The inclusion of such vehicles is clearly intended to add a cool factor. Going beyond the tough-guy concept they are heading straight for, there is also the notion of taking danger head-on and the concept of fearlessness waiting to be established. However, this fails to impress because of how tacky such a technique is, coupled with the hustle of sounds in the track, the whole MV is a fuzzed experience more so than it is enjoyable.

The dance itself is filled with edgy and sharp moves that strike an impression. Admittedly, NCT 127’s dancing is admirable in their synchronisation despite the swift and clean cut moves. They deliver the image of hardcore, but sadly in a way that seems more try-hard than successful.

Leaving the typical cars-and-motorcycles image aside, the MV attempts to add an element of pop art into its presentation. The title “Cherry Bomb” does suit well with the pop art style, where the striking colours brings out the unique conflation of the mundane fruit with a weapon of destruction. The comic art style also adds a quirkiness to the MV. However, what causes the MV to fall apart is the lack of cohesion in these elements that are brought into play.

The MV juggles these random images of comic art cherries splatting onto the screen, the boys dancing, and scenes of vehicles flashing across the screen. Almost as though these elements are thrown together haphazardly, the MV lacks the precision of a well conceptualised piece of work. The ambition of the MV exceeds its execution. The result is a work that tries too hard to be trendy, but ultimately fails to do so.

Perhaps the lacking impressiveness of the MV must be accounted to the failure of the track itself to captivate as well. Loaded with sound effects across the entire track, it seems that there is little restraint when coming to mixing the track. Throwing in endless voice modifiers, mixes and scratches in the track deprives it of its much-needed cohesion. Instead, the song lacks a focus and pushes on without a climax in sight. 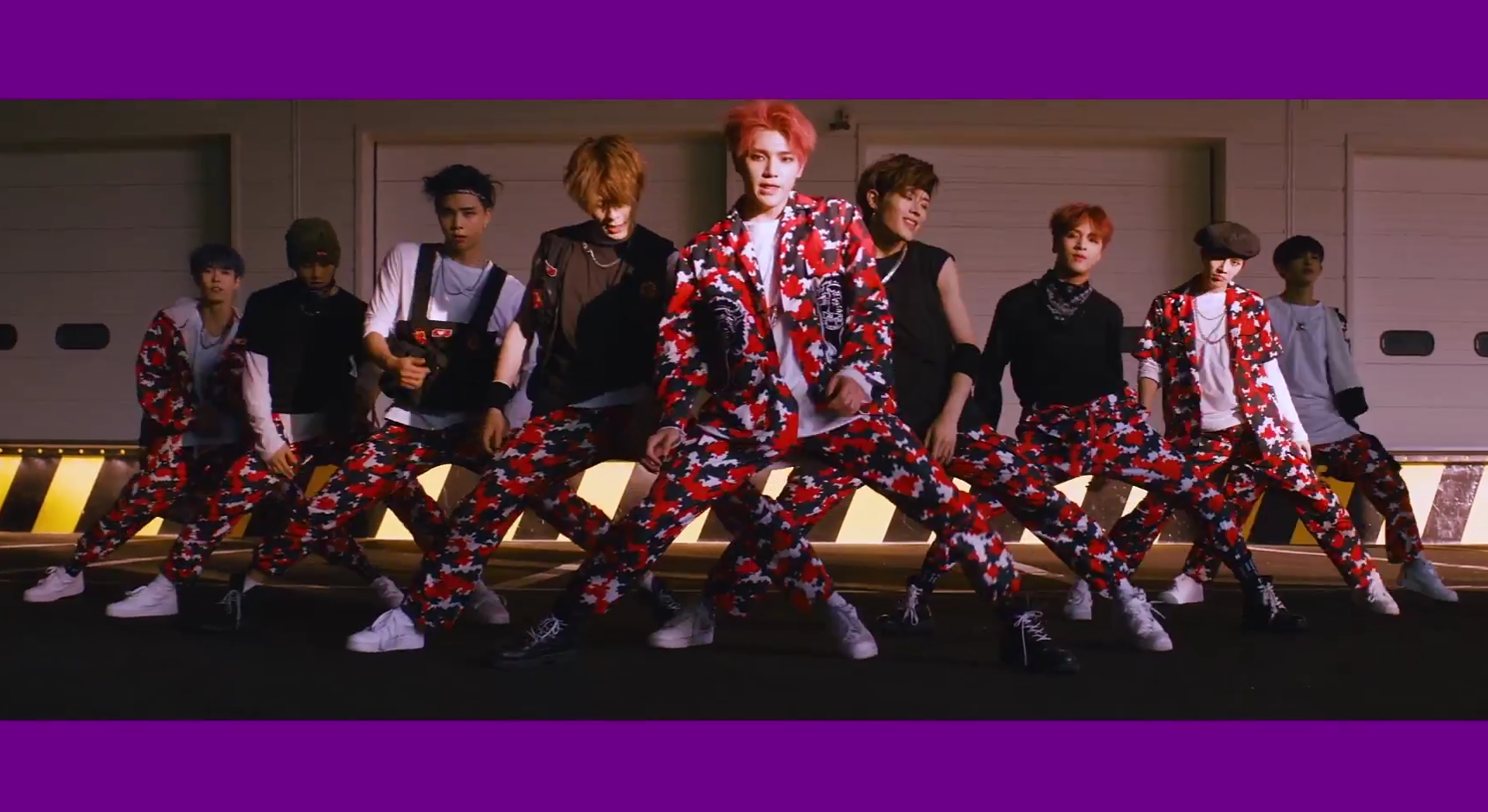 The track is a fragmented construction – one that confuses in terms of musicality. The rougher tone of the verses quickly transits into a melodic bridge before returning to the hard-hitting rapping seen in previous verses. The transition between these two styles are poorly handled, coming in an abrupt and disjunctive manner.

The focus of the song appears to be the repeated use of a couple of phrases throughout the entire song:

These lines should work as a hook, but instead becomes droning once it fails to deliver the punch. Taking these lines from another perspective, it can come off quite coolly in a nonchalant and laidback hip hop style. However, even such a style cannot redeem the poorly weaved aesthetics of both the track and the MV.

“Cherry Bomb” definitely promises potential – arguably, it even has potential that has gone to waste due to poor conceptualisations. This is clear from the scene in the MV nearing the end when cherries are dropped from the sky, imitating planes dropping aerial bombs. There is also a split second of a cherry exploding to form an atomic bomb cloud that ends the MV. The possibility of a captivating narrative sneaks its way out at the very end of the MV – which makes it such a pity that such concepts were merely touched upon briefly. 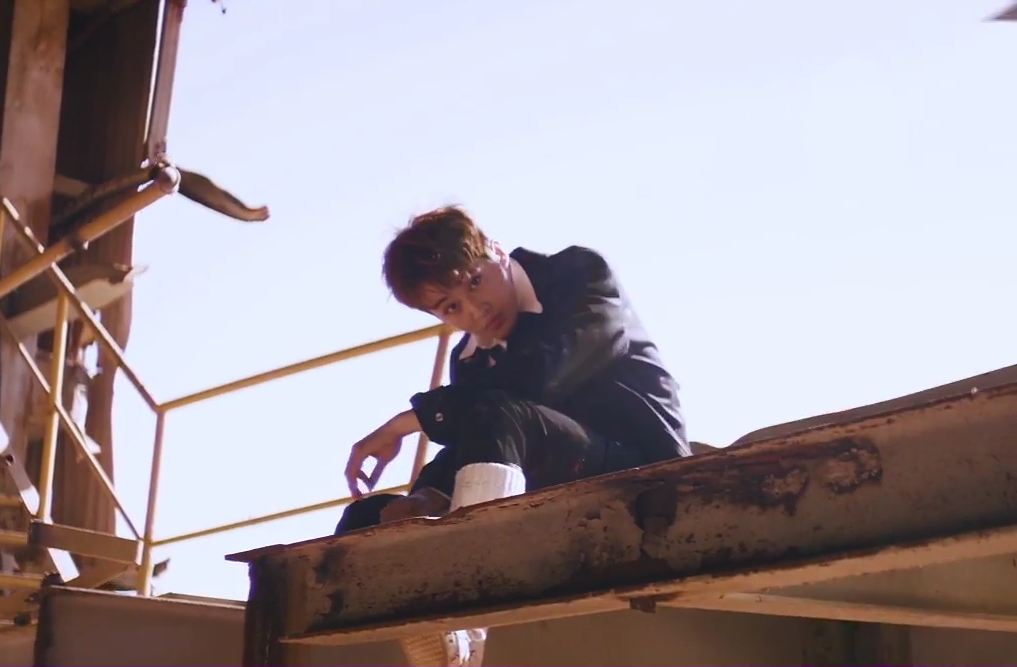 Furthermore, the individual rapping of members prove that they are skilled enough to pull off a decent track. Isolating each rap verse, the flow and the way members delivered their lyrics were indeed competent. There was nothing indicating that they were lacking in the way they carried their parts. Yet, somehow the track falls apart once everything is put together.

Poorly sewn together, NCT 127’s “Cherry Bomb” can only be deemed as a track that is eye-catching but nothing more. The group clearly can do better than this release. Perhaps a mistake in being overambitious, they failed to carry out a fully developed concept, message or narrative in both their track and MV. Believing that the group has the potential to achieve greater musicality and surpassing being just another idol group, NCT 127 should quickly move away from this release towards a track with more precision and cohesiveness.