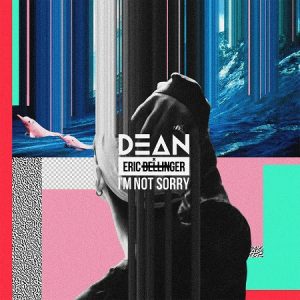 SoundCloud for years has provided a place for musicians, famous and local, to share their music. It’s home to groups of artists as diverse as the music itself. SoundCloud is more than just the current radio hits, as it reached artists of many different genres and languages.

Recently, the Korean music industry has entered the music-sharing hub, where K-artists and K-pop idols are uploading the kinds of music they love.  Many are quite active in releasing music, such as BTS, who have put up great covers and mixtapes, and Exo‘s  Chanyeol, who has multiple original tracks. Going through their SoundClouds, it’s refreshing and wonderful to hear how artists are taking roles outside of their group, such as hearing Rap Monster taking on the vocals in their cover of Troye Sivan‘s “Fools” along with Jungkook, and Chanyeol putting up short tracks, such as “Last Hunter,” that shows off his production skills. As more and more artists and K-pop idols are becoming involved in the process of creating their music and showing off more of their skills, SoundCloud has become the number one outlet to release music.

There are a number of K hip-hop and indie artists who have been known to use SoundCloud, and many of them utilize it to promote themselves through the music releases they make. Often, these artists tend to have more control on the music production and the type of music they want to create, and they use SoundCloud as a space to release teasers of upcoming songs and other experimental pieces that they had a hand in for production.

Like photo teasers and music video teasers a company releases before an idol comeback or debut, some SoundCloud artists release audio teasers of parts of their songs before officially releasing the full songs. There’s R&B and indie artist Dean who has a few of his earlier songs, such as “I’m Not Sorry,” teased on his SoundCloud account.  Though, he doesn’t have plenty of songs in his account, surprisingly, SoundCloud is helping to get his works out internationally. As Dean is known as an experienced songwriter and producer, creating for many renowned groups and artists, his SoundCloud is a great platform to release exclusive works he’s been doing for his next single, or collaborations with other artists and groups. 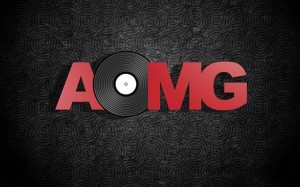 There’s also K hip-hop group AOMG, comprising of singers, rappers, and DJs, that have turned to SoundCloud. Many artists like to put out experimental tracks or songs they took part in for producing, writing, singing, and so on, and for K hip-hop artists like them, remixes are popular releases. AOMG have released remixed versions of their official songs and remixes of other artists’ songs in their account.  This is particularly true for Hoody and DJ Wegun who’ve both released 30-minute long compilation mixes of remixed songs, and sounds and beats. These exclusive tracks found only on SoundCloud add more to their repertoire of sounds, adding more to what they usually release. AOMG uses SoundCloud to expand more on their music and show the musical talents of each member.

SoundCloud as a free platform is giving artists promotion of their creative works as singers, producers, and writers.  Since many K hip hop and indie artists, such as AOMG and Dean, don’t promote comebacks on music show stages like K-pop groups do, SoundCloud has gathered an audience for them, and doing so as free promotion.  SoundCloud also provides them international promotion, as many fans in the West use SoundCloud, and also exposes them to other musicians and producers.

Artists in idol groups also use SoundCloud to release their own original music that may not be typically released or promoted by their company, allowing them to showcase their individual talents more as singers, rappers, producers, songwriters, etc.  Often times, these artists are under companies who may restrict the kind of music they release, for they already have certain styles that fit best for the group or artist.  Through SoundCloud, many of these artists are gaining the freedom to put out the kind of music they want.  Some of them already have a knack for production from creating songs for their official albums and comebacks.

For instance, Nam Taehyun, formerly from Winner, has been using the platform to release his own personal works. His heartwarming original songs and instrumental tracks are found on SoundCloud. Taehyun had played a major role in producing songs for his former group, and while he was still a member, he was also producing his own songs to release on his SoundCloud. Those tracks helped to show his distinct music style even as a member. After his departure from the group, Taehyun has continued to upload more tracks. With a new band and his own music label, and certainly , any upcoming song to be released is an opportunity for Taehyun to use SoundCloud the way used it before. 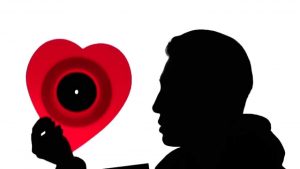 Another artist who has found escape through SoundCloud is Bang Yongguk from B.A.P, who has put out tracks that are more personal to him.  Yongguk’s SoundCloud provided him this creative freedom, which he and his group seemed to have gained more after their hiatus, as their company granted them more control of their music. Since he didn’t have full control of their music in the past other than co-writing lyrics, Yongguk always turned to SoundCloud for his personal and original songs, including his notable song “A.M. 4:44.” Not only Yongguk but the other members of B.A.P also started using SoundCloud to release their own songs. As for Yongguk, being a writer and producer for many of B.A.P’s hits, his name in music production is growing. His SoundCloud releases showcase his various rapping styles that are different to B.AP’s songs, as well as demonstrating his skill in composition and production. Like Dean, he has written and composed for another artist before, so SoundCloud is a great outlet to make his name more known in music production.

The usage of SoundCloud in companies also allows artists to show their individual talents that might have been ignored in their own groups, or not showcased enough during a group’s promotion.  Seventeen use SoundCloud to expand on the music of their three sub-units, which don’t receive the same amount of promotions in comparison to the whole group’s promotions. Using SoundCloud in this manner, having a different outlet where their sub-units can release music is beneficial.  Each unit has released at least one track, displaying a different style to each other. There’s the vocal unit’s easy listening song “Because of You,” and performance unit’s Dino‘s upbeat song “Zero,” which was celebratory song when he graduated from high school.  What’s most notable is the hip-hop unit’s releases, varying from slower and calming raps like in “That Pole,” to quick, hard-hitting raps like in “Lotto.” Having this outlet gives focus to the talents of the units and individuals, rather than just the whole group. As Seventeen are known to be “self-composing” idols since the start, it’s great to know that they’ve been releasing music in SoundClound even before their debut. 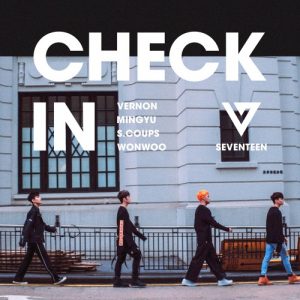 There are several other singers and rappers in the industry who are on SoundCloud releasing more covers, remixes, and originals. Some of them also use the platform in similar ways. There’s Ravi from VIXX, who has occasionally released tracks on his account. Similar to BTS’s Rap Monster and Suga, Ravi released a full mixtape, promoting official tracks on SoundCloud. There’s R&B artists Crush and Babylon producing many instrumentals and original songs, like AOMG does. JB from Got7 has also put up their own songs, a style that is quite different to his group. Baek Yerin is one of those few female artists who is active on SoundCloud.

SoundCloud’s popularity among artists and idols comes for certain reasons.  SoundCloud easily lets artists and idols become producers, composers, songwriters, rather than just singers who are given songs to sing.  It’s this sense of creative freedom and expression artists seek for that they turn to SoundCloud.  SoundCloud’s accessibility to artists and their audience is also appealing; artists can upload as many tracks they want and categorize them into certain genres.  Their listeners can comment on specific parts of the tracks, like, and repost, allowing this interaction with the fans.

The promotion that SoundCloud provides is also another factor because it is basically free promotion without dealing with any distribution plans.  For idols, if their company cannot promote their song or if their song is not accepted or good enough, they can promote for themselves through SoundCloud.  If they want, artists can also choose to monetize their tracks. SoundCloud is musical creativity and discovery together, making it a great tool for Korean artists and idols.

SoundCloud has become a popular platform for K-artists and K-pop idols to release music they’ve written, composed, produced, and sang, allowing more creative and self-made content in the K-music industry.