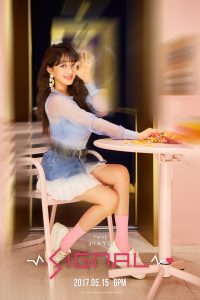 Twice is quickly becoming one of the biggest girl group names in the industry. Even as someone not familiar with girl groups, it’s hard not to see Twice nearly everywhere, whether it’s hearing their song as background music in a show, or watching a boy group member dance to one of their past title songs. It’s hard to escape the reach of Twice, and with their newest release, “Signal,” that reach is expanding.

“Signal” takes two concepts–aliens and magic powers–and mashes them together in a quirky, bright video. We follow the group as they pursue an alien boy, showing off their own powers in hopes of impressing him. Their powers range from super speed and telekinesis to invisibility and time manipulation. The video is funny and cute but definitely raises some questions.

1. Where is everyone else?
We go to a variety of places–the woods, a school, through the city–and yet the only people we see are Twice and our new alien boy toy. Surely the news of a UFO would cause some stir in the general populace? They may have been the only ones in the woods, but the only ones in the school? Not likely. There isn’t even a small explanation shot of one of the girls maybe using her powers to cloak the alien’s visage from others or making him invisible. There’s simply an alien-headed boy in a school uniform wandering around and gaining attention from this small group of girls and absolutely no one else. 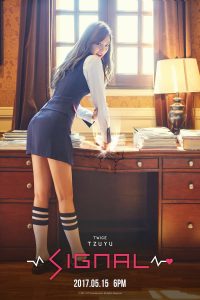 2. What was the alien boy’s mission?
It’s a huge MV trope to have one member of the opposite sex be relentlessly pursued by all the members of a group, and this video is no exception. No matter where he goes, one of the Twice members is constantly badgering him. Whether it’s Tzuyu accidentally overusing her super strength while attempting to seduce him, or Mina attempting to mentally manipulate him, the alien doesn’t get a minute of peace. He spends the whole time ignoring them when he can and ultimately escapes them and the planet. Is he supposed to be representing the guy they can’t get a signal, as per the lyrics, or does he have some other purpose that he just didn’t get to?

3. Exactly what is Twice’s purpose?
We learn that Twice are actually female aliens at the end of the MV with a quick shot of them with pink alien heads, similar to the boy who just left. The question is: what is their purpose? They didn’t help the boy do anything. They haven’t enslaved the populace or built an empire, though that may be debatable with their career trajectory. Are they trying to catch the boy because they are somehow in love with him? Do they want to sell him to the government? Maybe they just want a new friend. We don’t get any sense of why they’re doing what they’re doing, only reasons to laugh at them using their powers. Will their powers even come into play in a later video/concept? It will be interesting to see exactly how the powers and the other-worldliness fit into future concepts, or if this will be a one and done “quirky” thing.

4. Are Twice magical alien abductees?
Let’s look at the last point from a different angle. In the beginning of the video, Twice are alone in the forest, dancing and having a good time when suddenly they see something in the distance, presumably a UFO. They’re then knocked out and we wake up with them in the school. Have they been abducted and replaced by clones, therefore explaining the powers? Some of them seem pretty competent with their power usage, like Chaeyoung being able to make a heart out of the candy in the drawers, and some have trouble controlling their abilities, such as Jungyeon getting caught in her own time freeze. Is this because their alien selves aren’t used to the confines of a human body or is this a personality trait of the individual Twice members?

The alien abduction makes more sense if we think about how unimpressed the alien boy was. If this were something unexpected then he would probably have more of a reaction. Were they girls that were just in the wrong place at the wrong time, or is thi 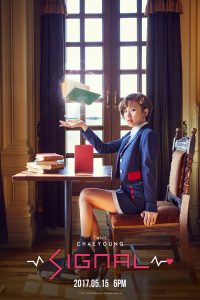 s video actually a cover up for an insidious alien invasion where the populace is unaware they’re being taken over because their would-be conquerors are cutesy idols?

5. Why did they pick the JYP song as their title track?

With viral hits like “TT” and “Like Ooh-Ahh,” which were produced by Black Eyed Pilseung, it would make sense to keep going with a winning formula, however, this time Twice’s title track was written and produced by no other than JYP himself. This is only the second song in their discography that has been produced by JYP and the third that he’s written the lyrics for. Seemingly, it was decided that now that the group’s popularity has been mostly solidified, it was time to branch out and tweak their sound a little bit. Though I can’t personally attest to much change in their sound, from the mixed comments on the video I’m thinking that JYP should have lived by the adage “If it ain’t broke, don’t fix it.”

All in all, “Signal” is what I know Twice to be: a little weird, a little cute, and strangely catchy. While maybe not the song or video to convert an outsider, “Signal” is sure to be a hit in the heart of Twice fans.