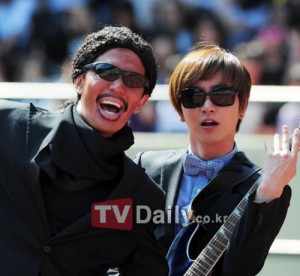 Blackface is back! It’s only been a month since Blackface’s last comeback but it recently dropped another bomb on us somewhat unexpectedly. Whether or not you’re a fan of Blackface, you have to admit that it’s certainly a polarizing act. Nothing else is at the center of as much controversy with each and every comeback. There are many who call it appalling and disgraceful but for every detractor there are legions of fans who like to defend Blackface.

With this comeback, expect the fan chants to be fierce. “What’s the big deal?”, “He didn’t mean it.”, and “Aren’t there better things to worry about?” will be heard throughout the many forums in which Blackface fans, who appropriately call themselves Defenders, will inevitably lurk. In turn, Blackface has prepared this comeback as a tribute to fans by playing off of their fanclub name and making this new release loosely based off of everyone’s favorite Marvel Avenger.

I’m personally not a fan of Blackface but I was shocked at how little coverage this comeback has received. Whether or not we as international fans like to believe it, Blackface is one of the biggest acts in Korea and it certainly deserves more attention. Its presence in mainstream entertainment is rooted in a homogenous society that views race as an appropriate topic of mockery and ridicule. The power of Blackface is not to be taken lightly and it will continue to maintain a strong presence for as long as our faves are allowed to support it without remorse.

I know we’re here for the English subs so, without further ado, here’s a rough translation of Blackface’s latest cypher, “Nick Fury.” 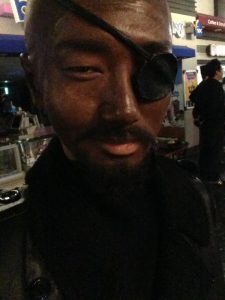 Thinking of a costume got me stressed and weary

Putting on a trench coat and an eyepatch

Ain’t complete without the color, I don’t like that

Ain’t nothing offensive about some cosplay

Blackface on Halloween makes it okay 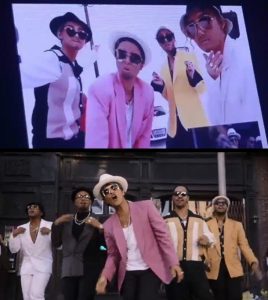 Especially when it comes to covering Bruno

Here’s some facial hair with a little bit of gunk

With a dark complexion to bring that Uptown Funk

What’s that? Tell i-fans that we’re gonna do better?

Just get a Western outlet to write our apology letter 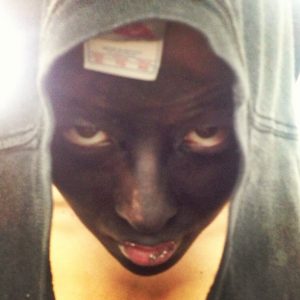 Putting clay on people’s faces, that’s the way we like to do it

It’s a great show of respect, don’t even try and refute it

From Trayvon to Andre, there’s no way you can dispute it

Got my Black genes from Youngbae, don’t even act like you ain’t knew it

We ain’t tryna disrespect, we just tryna get recruited

Why’s everyone getting mad over ink on people’s faces?

Why’s everyone lashing out for something that ain’t racist? 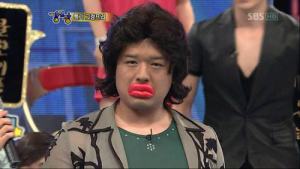 We’ve been at it a long time, well before SNL Korea

Boom was Stevie Wonder and Shindong a paler Oprah

Can someone please tell me what’s wrong with Kikwang eating melon? 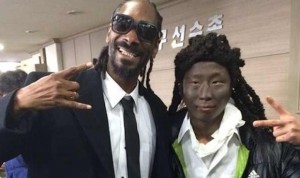 At least he ain’t out tryna impersonate an ugly woman

Even that’s a bit low, y’all should really pay Up10tion

Snoop gave his approval and he didn’t get in trouble

Guess there’s nothing wrong with a racial stunt double

Lemme answer by saying this, it’s a bit late for April fools.