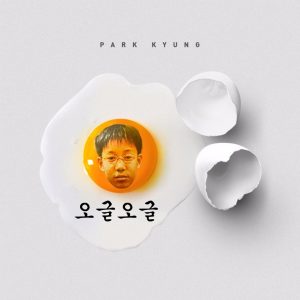 A blast from the past has come through this holiday season, in the form of Block B’s Park Kyung. His solo “Ogeul Ogeul” has officially been released for BBCs and other K-pop fans alike. The song is a remix of the 2013 song with the same title from Kyung’s mixtape, with a beat from Kero One. “Ogeul Ogeul” translates, along with other meanings, to ‘the squirmy, mushy feeling you get in your guts when someone is being cheesy,’ which isn’t a hard equivalence to make when you know the personality of the artist. Like Kyung’s other solos, the song is more of a sweet, pop-based love song than the hard-hitting hip hop sound usually associated with Block B.

Kyung’s solos have set him apart from his group by showing a complete 180 degree turn around from what is expected. While fans of the group know him as the slightly greasy member, just from appearances and gif sets alone one wouldn’t expect the rapper to have such a sweet side. Yet, no matter how many “No Joke” or “Very Good” type songs come out from Block B, when Kyung has the chance to show his individual style, like in “Inferiority Complex” it’s always a bubbly, upbeat song with a repetitive/catchy chorus that he tends to present. This attempt at showing his true personality is refreshing though this particular song takes the cheesy factor to the extreme, in spite of the title.

There are subtle differences between the 2013 version and this one, though you have to listen hard to find them. The lyrics are the same, but the beat is played up more in the 2016 version. The piano is more prominent, giving an overall more jazzy feel to the song, a sound that Kero One is known for.

Maybe because the song was originally released on Valentine’s Day a few years ago, it’s meant to be overkill, but the title’s translation is definitely applicable. The song basically talks about Kyung’s happiness in his current relationship, which he expresses in the chorus through typically cliched ways such as waiting on their anniversary and writing cute texts back and forth. The most cringe-worthy lines come from the second verse:

Hey, you really make me geek out (Yup)
Even when I’m just looking at you, you’re too cute, I’ll be your big fan (Fan)
Every time my eyes hold you, they become the best cam (Yeah)
Please sign my cheeks, your red lips as the ball pen
I know I know it’s cheesy cheesy but I like you so I want to do it

Just reading it and listening to it make my feet curl up on themselves but that’s a testament to Kyung’s ability to put those feelings of being newly and wonderfully in love into words. Obviously this is that couple you see in the mall holding hands and making everyone swerve around them because they are so in love that they can’t see they’re in everyone’s way. It’s a simple song but very honest, which makes it relatable.

Thankfully, the song alone is strong enough to convey its own message, but the lack of a proper music video to go along with the lyrics he’s written is a missed opportunity. With Christmas seen as a couple’s holiday in South Korea, it would have been nice to see the story played out in a holiday themed way. However, the unexpected ‘official’ release is a good present on it’s own.