Infinite Show Their Subdued Side in “The Eye” 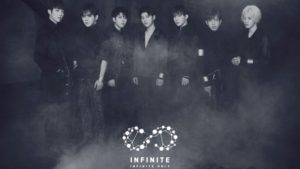