2PM's Turn for the Nostalgic with "Gentlemen's Game" 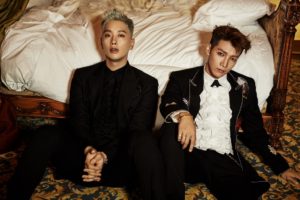 2PM has always managed to be just outside my periphery in the endless universe that is K-pop. I’ve enjoyed some of their hits and a few of their B-sides, but I was never fully invested in them musically. However, with the group’s latest effort, Gentlemen’s Game, I’m thinking maybe I need to reevaluate my passiveness when it comes to their discography and pay them closer attention.

Gentlemen’s Game opens with a powerful statement, big vocals and even bigger music. While there are moments where “Promise (I’ll Be)” goes over-the-top with the computer effects, the heavy dose of synthesizer sometimes overpowering the stronger vocal dynamic of the group itself, there’s no denying it’s an explosive way to open an album.

From the moment the first notes come to life, listeners are in for a ride. There’s no mistaking that what we’re getting here is nothing short of power pop: music that still has the universal sweetness of pop music but with a decidedly more robust sound, music that’s more aged brandy than dewy-eyed bubblegum. With the vocal power in songs like the opening track and “Uneasy,” it’s obvious 2PM functions brilliantly as a group, each vocal carrying equal importance and adding to the smoothness of the group’s harmonies.

However, what sells me on this album from the get-go is how much the group dips its sound in music in pop’s annals. There’s such a nostalgic lean to the music on this album I actually found myself transported. Songs like “Never” affect me on an elemental level. This sort of composition takes me back to the ’90s as if on a magic carpet, floating above my past self, reliving those moments where I thought a member of one of my favorite groups was singing right to me. 2PM makes music very much in the same vein of groups like New Edition or P.M. Dawn. I can easily see “Never” nestled right next to “If It Isn’t Love” or “Set Adrift on Memory Bliss” on a mixtape plucked out of my cassette chest. See track “My Last” acting as the opening to Boyz II Men’s “4 Seasons of Loneliness.”

While the album, and much of 2PM’s overall sound in general, pays heavy homage to the pop and R&B groups of the 1990s, what would a K-pop album be if it didn’t at least pay a certain amount of lip service to the genre that gave it life? There are moments of fluff somewhat added superfluously to the overall compilation. It’s a situation in which I’m not convinced songs like this don’t belong on a K-pop album. But the shift from music that’s obviously meant to appeal to an older audience to music meant to sate a sweeter tooth did give me pause. We go from the Switch-inspired lilt and sway of “Make Love” to the candy-sweet of “What Do You Think,” and I’m not so sure my ear appreciated the drop of semi-cute. But ultimately it didn’t deter me from truly delving Gentlemen’s Game as a whole. 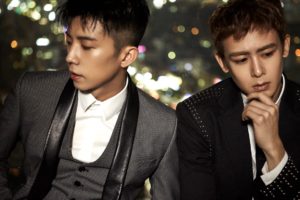 2PM continue to prove their maturity, continue to impress with their ability to blend the fundamentals of second-generation K-pop with very competent R&B and adult contemporary. They have a distinctive sound that is easily recognizable and a vocal color that is surprisingly rich and well-rounded.

With Gentlemen’s Game, 2PM has earned its spot among a slowly growing group of second genners who’ve proven their music will and continues to stand the test of time. Though not necessarily a group I actively listen to, I’m more than happy to say this is a group that rookies and newbies alike should look to for inspiration on how to create good music that listeners will continue to revisit long after the idol shimmer fades.