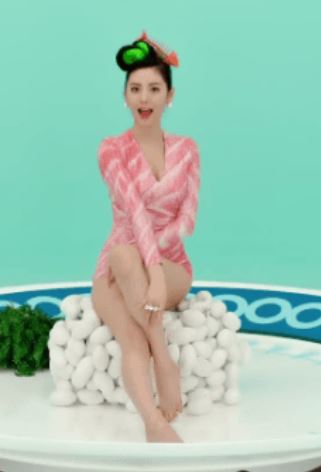 Song censorship is a highly prevalent theme in K-pop.

It was reported that up to 2,607 songs were banned by the South Korean Ministry of Gender Equality & Family (MOGEF) in 2011. Nowadays, and in the past, explanations for banning include anything from mentions of alcohol, slang, overt sexuality, and hate speech against disabled people.

In fact, Orange Caramel’s “Catallena” MV was banned by KBS for the scene where the three idols are covered in plastic wrap like sushi because it supposedly didn’t value human life. Similarly, Hwayobi’s “Beauty Up Close” and Yery Band’s “Wonderland” were banned by KBS for lyrics that would irritate the mentality of disabled people or not being politically correct. The questionable lyrics for Hwayobi’s “Beauty Up Close” included the phrase “like a blind person”.

While lyrics or music videos that show alcohol, slang, and overt sexuality can be considered expected in South Korea’s conservative society, any form of hate speech is rife with legalities and large social repercussions. Initially, banning music on the basis of hate speech sounds like a good idea; when the songs in reference are making similes or are trying to provide social commentary, that point seems moot. For example, “Catallena”’s music video compares Orange Caramel to sushi because it raises questions on how we objectify women, with labels and names, which is a sentiment that could be applied to disabled people as well.

Despite the South Korean Ministry of Gender Equality & Family’s and broadcasting networks’ concerns with what is suitable for listeners and viewers, South Korean disabled people don’t have countless rights. In fact, South Korean welfare rights for disabled citizens include classifying them under levels determined by medical personnel. The level of disability determines the basic pension amount and access to support services like home help. Also disabled people can only take the TOEIC, necessary for job applications, four times annually when the average South Korean can take has up to fourteen opportunities. Besides tangible benefits, psychologically labeling a disabled person has large consequences, which Choi, a disabled person in a Reuter’s article, describes as being likened to meat. 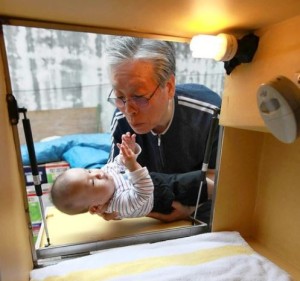 On an extreme note, there are many cases of disabled people becoming enslaved on the rural islands of the Southwest coast of Korea under the pretense of getting a job.

Independent Magazine revealed that due to the remoteness of the islands, the large distance between these farms, and the general hostility of these island communities, it’s difficult for the Korean government to quickly rectify the situation. The enmity of the island residents is best demonstrated by the words of Cho Yong-su, a doctor who worked at the Sinui Island public health center, “The police chief would tell me that I’d eventually come to understand that this was how things on the island worked.”

Even life as a disabled infant is fraught with difficulties. Given the high expenses of raising children, parents find it difficult to raise disabled children.  To save these babies, Pastor Lee Jong-rak created a heated box as a last option for women or families. Since 2009 Pastor Lee has saved 600 babies from being abandoned on doorsteps and subjected to the whims of people and the elements. 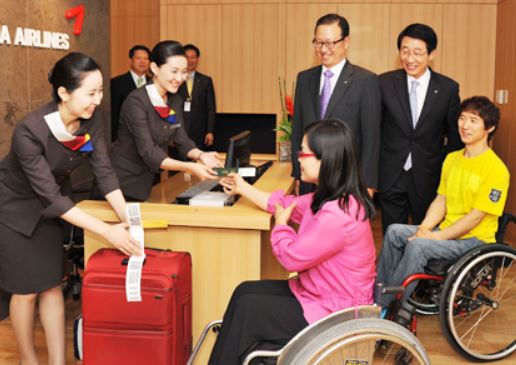 Regardless of the intentions behind music censorship, banning something on the basis of it functioning as hate speech against disabled people seems to be a stretch.

Yes, proper language should definitely be used when referring to anyone, but it seems unlikely that disabled people will be concerned about music videos or lyrics when there are laws that haven’t been implemented properly. The censorship seems to be discounting the dichotomy between how people are versus how the government would wish them to be. A song or a music video could very likely shape someone’s attitude toward disabled people, but a multitude of things could also affect someone’s mentality.

Like most song censorship, there seems to be good intentions – preserving the minds of youths and protecting citizens from hateful language – but sloppy execution as music censorship has smaller influence than actual law. As food for thought, the absence of jobs for disabled people or education on welfare for disabled people has larger impact than a song that makes a comparison to a blind person. Or, for that matter, a music video that shows girls as sushi.

What do you think of music censorship in Korea? Does it function more as noise marketing or does the Ministry actually think that it’s positively influencing the minds of the younger generation?