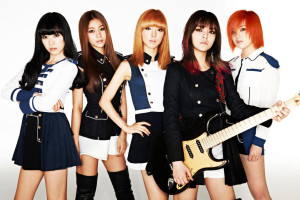 The past two years has definitely been a promising one for FNC Entertainment’s lone female idol group. Since debuting in 2012, Ace of Angels (AOA) has more or less been a casual floater in the K-pop scene. The girls however gained a more stable footing in the industry after having their second comeback with their catchy and empowering song “Get Out,” which was made especially more promising with the debut of their rock band subunit AOA Black — which is composed of four of the original AOA members (Choa, Jimin, Yuna, and Mina) plus ‘half-angel’ Youkyung. Sadly, it wasn’t really able to serve up an impact that paralleled that of their brother groups FTIsland and CNBlue, who at that time was steadily rising to K-pop stardom and was hence obviously doted upon more by the FNC management.

While AOA Black held a promise and potential that could have been genuinely great for the group, it was obvious that at the time of AOA’s conception, debut, and initial promotions, FNC was just a tad bit preoccupied with further establishing CNBlue and FTIsland in the industry. 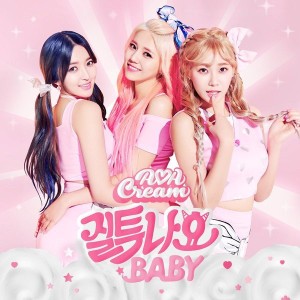 Now almost four years since gracing K-pop with their debut stage, AOA has finally hit a stride of sorts. Their 2014 hits “Miniskirt,” “Short Hair,” and “Like a Cat” ultimately gained the K-pop community’s attention and since then, they have been regarded as one of the industry’s competitive rising girl groups. And now, AOA has branched out even more with AOA Cream, the group’s second subunit which consists of Yuna, Hyejeong, and Chanmi. In addition, the group has even more reasons to celebrate after finally breaking it even with their company since debuting.

While it seems that AOA is finally gaining some momentum, an unshakable sense of doubt and worry looms over this new subunit. For one thing, their sugary sweet concept and imagery is nothing entirely novel which would probably hinder them from gaining a genuine leg up in the competition for girl group supremacy. In short, AOA Cream is not exactly the Orange Caramel to their After School. As far as a subunit should go, AOA Cream could have been conceptualized and marketed in a way that was a lot more original or at the very least, a more elevated version of AOA in terms of vocals, sort of how TaeTisSeo as a subunit served to highlight that aspect of SNSD. After all, subunits are such good outlets for some of the members of the group to either branch out and unleash more of the group’s hidden potentials and/or start an entirely new imagery that’s different yet still vaguely parallels that of their original group. 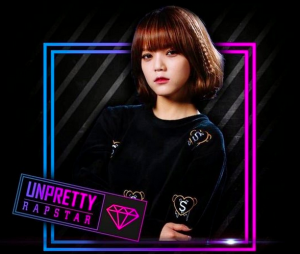 Although it may seem that AOA Cream is in mild danger of being just another subunit in the industry, there’s still an upside for creating it nevertheless. As mentioned, AOA Cream is finally giving K-pop fans a chance to see beyond AOA as just Jimin or Choa or Seolhyun. Minus Choa’s distinct richer vocal tone and Jimin’s signature chipmunk-rap (and Seoulhyun’s rather over-exposed visual appeal), AOA Cream feels like it could have been a legitimate, ‘underdog’ vocals group with Yuna and Hyejeong’s respective singing capabilities. Add to that Chanmi’s dancing and AOA Cream could have been another living embodiment of what it means to be an idol subunit — to shed light on the various overshadowed talents within a K-pop group. 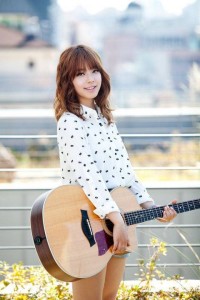 However, image and concept aside, another reason why AOA Cream might remain at a standstill or worse — just a one-time business venture gone stale — is that FNC has yet to find a stability in the management of their idols. Similar to how Cube Entertainment is somewhat struggling with keeping their acts in an even footing in terms of development and promotions, FNC seems to be finding it difficult to execute a graceful juggling act that could keep all of its talents afloat. While FTIsland seems to have been left in the dark for quite some time now, CNBlue’s latest comeback failed to live up to their 2014 Can’t Stop hype which ultimately caused “Cinderella” to lose its footing — or rather, glass slipper — in the K-pop race of 2015. Their latest boy band N. Flying didn’t fare so well with their debut either and was lost in the sea of other rookie debuts of last year. The tragic cherry on top was Juniel‘s ultimate departure from FNC. It was only about time that the young soloist would leave the agency after having revealed that her management hasn’t paid her since her debut and that she has only acquired even more debt under FNC.

Interestingly, FNC has come up with mere band-aid solutions by sort of abandoning their band concepts and joining in on the dance group bandwagon by announcing that they are currently planning to soon debut their first-ever male dance group named Neo School (or Neoz). And now, FNC has probably forgotten that AOA Black (and Youkyung) exists and has decided to debut AOA Cream with an uninspiring concept and sound to boot. 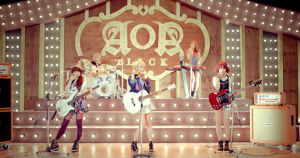 It is on these sentiments that we have to realize how much wiser it would have been for FNC to have just invested on their already pre-established AOA subunit — AOA Black. Because despite how it still points a spotlight on the original group’s more popular members like Jimin and Choa, it at least brings out an air of freshness to the industry by allowing an all-girl rock band to take the stage. While AOA Black might feel like a misnomer at times since the subunit still subscribes to a rather bubblegum pop vibe, there’s still an edge of unique female empowerment which wielding a musical instrument can have on a group of girls and in turn on their respective female audiences. Mix in the fact that AOA Black’s songs have so far grabbed hold of the ‘Miss Independent’ concept, and you’ve got a subunit that with a right kind of development, could take a turn for the rock and could possibly stretch the idea of what it means to break out of the generic, docile imagery of female K-pop idols. 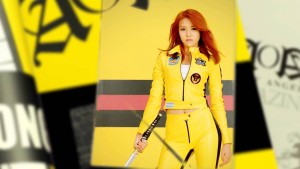 After all, if there’s anything that AOA has mastered over the years it’s their own brand of hyperfeminine sass. While ‘bad girl’ groups like 2NE1 and Brown Eyed Girl (and occasionally Miss A and 4Minute) have been known for flaunting girl-power anthems and concepts in the industry, AOA brought something different altogether. These girls didn’t shy away from girly pastel outfits and bright color palettes for their concepts, all the while singing about female independence, self-confidence, and their command of their own sexuality. AOA Black was definitely the real kicker that could have really brought this group an extra edge in the industry as it was quite unique to see a group other than a boy group hold instruments and play their own music.

Sadly, FNC’s history of failed micromanaging can possibly serve to cut short AOA Cream’s momentary bliss under their debut limelight. Despite interjecting a shot of optimism into the argument, at best, AOA Cream would be merely thrown under the category of disjointed aegyo-themed concepts which could ultimately lead to an unpromising run that would end up in a flat and short-lived subunit career — and the members of AOA Cream certainly deserve more than that. If there’s anything that FNC should have learned by now is that AOA has always had the potential to be outstanding and memorable with AOA Black. It’s just unfortunate that FNC keep biting off more than they can chew and sadly, they have choked one too many times in the process.