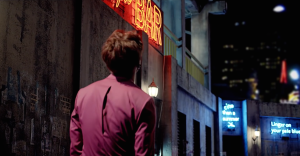 After a relatively short break following one of our favorite summer releases, “Just Right,” GOT7 is back with “If You Do.” For this comeback, JYP Entertainment brought yet another new concept, this time displaying an angsty side of the group we fans hadn’t seen before. The release is so different from “Just Right,” that, I admit, I have a bit of fan whiplash.

Whiplash aside, after a year and a half of more of the same, “If You Do” is an appropriately timed venture into mature concepts for GOT7. From the catchy (but forgettable) “Girls, Girls, Girls,” to the auto tune of “Don’t Do It” and the cute self-esteem booster “Just Right,” GOT7 has dabbled in a variety of styles while still very much staying within the comfortable range of teeny-bop. “If You Do,” then, becomes the group’s chance to show off more vocal and lyrical maturity — and to avoid pigeonhole-ing themselves in school boy concepts for eternity.

First things first, GOT7 really stepped up their game with this release. The concept package, as a whole, shows a lot of forethought and is remarkably cohesive. The choreography is fast and complex (reminiscent of Teen Top), each member’s vocal colors suit the tension of the track, and the styling is on point (Bam Bam in a choker, anybody?). Not to mention, the track itself may be the most quality release GOT7 has had thus far in terms of both musicality and catchiness. 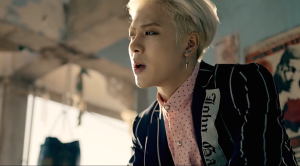 Musically, “If You Do” slows things down a bit — keeping the heavy rhythm element JYP is so fond of — and pulls away from the auto tune and club-heavy sounds of GOT7’s previous discography. Instead, the track is characterized by subtle 80’s synth-y sounds and steady drums that are overlaid with much more melodic and emotional vocals than we’ve heard from the group before. JB‘s vocal stylings really capture the pain of the lyrics, while Jackson‘s rapping has steadily improved to allow him to also convey the frustration of the situation through nearly growled-out verses.

What the track lacks in group harmonies, it easily makes up for with a memorable lead-in hook, and equally catchy chorus. GOT7 choruses all seem to follow the same formula — aka the title of the song repeated a million times — but this formula works very well for “If You Do,” and I’m not complaining. 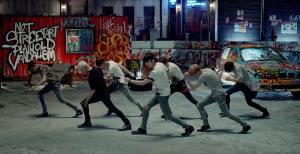 The MV is characterized by a contrast between both dimly/well-lit sets as well as very confined/open spaces. These dichotomous spaces capture the struggle that’s presented in the lyrics between feeling trapped in a relationship, and feeling like you could leave at any time and it wouldn’t matter to the other person. One second they’re over it, and the next they’re desperate to salvage the relationship.

Well I love you anyway

That’s why I put up with you

As such, the members spend most of the MV sulking in these spaces as they slowly become more and more frustrated with the abusive relationship they find themselves caught in. After the bridge — and awkward female voice over that the track definitely could have done without — the members have finally reached a tipping point. All the mounting frustration is then taken out on inanimate objects, like trash cans, cars, apartment doors, concrete walls (anyone else catch the word he was tagging?), and an actual punching bag.

When the members aren’t in their individual scenes, there’s also the matter of the choreography. Previous GOT7 releases have been much more about almost slow-motion signature moves, like the thumb-point and grind of “Girls, Girls, Girls,” and the imaginary steering-wheel move of “Just Right.”  “If You Do,” however, is all about the fancy footwork. The footwork is so complex, that on first viewing I wondered if the dance cuts were sped up simply for effect. It’s refreshing to watch the members execute such complicated choreography.

As impressed as I am with this release overall, I do have one slight concern: is the purpose of the dark concept a misguided attempt to show maturity through masculine aggression? The idea that women frustrate men to the point of violence is unfortunately a pretty common trope in K-pop. This trope is also most often used by boy groups to showcase a more “mature” side of themselves: BTS‘s “Danger” or GD‘s “She’s Gone,” for example.

Abusive relationships  are far more complex than any four minute music video could capture — though Purfles did a pretty spectacular job earlier this summer– but the “If You Do” MV focuses so much on the violent acts of release on the part of the members, that it almost overshadows the seriousness of their predicament.

On a final note, as someone who watched Dream Knight in its entirety, I have to say I was thoroughly impressed with the members’ acting throughout the MV. There’s a desperation in their gazes that’s present not only in their respective close-ups, but it even translates into the group choreography. Each member obviously worked hard to embody the concept, and that hard-work shows in the final product.

Overall, “If You Do,” is an impressive release from GOT7 that demonstrates clear and positive growth from the group. After a year and a half, it’s nice to see them branch out to new concepts and hopefully there’ll be even more variety in the future!

Readers, what are your thoughts on “If You Do?” Do you think this new image suits the group?