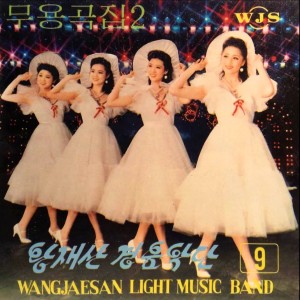 North Korea recently popped back up in the news threatening retaliatory strikes for actions from South Korea, as often happens between the two neighbors. Over the last 60 years, the relationship between the two Koreas has been a comparatively constant ebb and flow of tensions and discussions, and now Pyongyang threatened military action again over massive loudspeakers posted on the border blasting propaganda radio and, yes, K-pop.

It may strike some fans as bizarre that South Korea is using pop music as a tool to bring down the North Korean dictatorial regime, but it’s not so out of the blue. The North has had a long and complicated relationship with the pop culture coming out of South Korea — Kim Jong-un has been noted many times to be a fan of western pop culture, and his father once kidnapped a top movie star and director from South Korea to make movies for his regime instead — and recently more and more South Korean films and dramas have been finding their way, somehow, onto TV screens in the Hermit Kingdom.

The loudspeaker tactic is nothing new either. Both sides have blasted propaganda and radio over the DMZ sporadically since the official cease-fire of the Korean War in 1953. South Korea broadcasted the 2002 World Cup, which was co-hosted by South Korea and Japan, to ecstatic thumbs-up from the North Korean soldiers manning the border, but the speakers have been silent since 2004. Now, after the sinking of South Korea’s Navy ship Cheonan in March, allegedly by North Korea, an auditory propaganda attack in retaliation seemed to be a good idea. 4Minute and Girls Generation could be just the thing to demoralize the North and win over their people.

Unfortunately, it might be a bit harder than that to win over new fans to the world of K-pop, especially since the late Kim Jong-il had already begun to co-opt the idea of Korean pop, in addition to other South Korean pop culture, to his own interests. The Wang Jae San Light Music Band was formed by Kim Jong-il in the 1980s to provide official entertainment for all of North Korea. The Wang Jae San Band encompassed a large dance troupe, singers and a full instrumental band. We don’t know much about the members or the structure of Wang Jae San, as it’s difficult to decipher fact from fiction where North Korea is concerned, 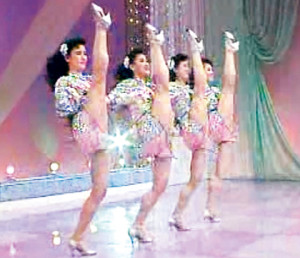 but it was often cited as a lifetime job — once you were chosen to be a performer, that was your role in your community until your death. The Wang Jae San dance troupe also employed only the most attractive young women and men, all of whom were methodically trained to perform complex dance routines completely in sync and look happy doing it.

The Wang Jae San Band and dancers were the entertainers of choice, along with the Unhasu Orchestra and the Pochonbo Electronic Ensemble, throughout the 1990s and early 2000s, and their members enjoyed many years of elite status, probably as close to a celebrity as one can get in North Korea. Kim Jong-un’s wife Ri Sol-ju is said to have been a singer for the Unhasu Orchestra, and Kim has also been romantically linked with members of both the Pochonbo Electronic Ensemble and the Wang Jae San dancers. 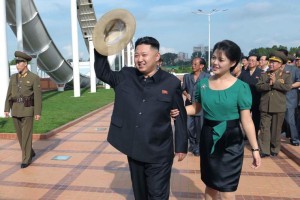 Despite Kim Jong-un’s clear love for them, Wang Jae San was still more of a dance troupe, performing large-scale, complex instrumental dances, than a pop girl group. That changed drastically when Kim Jong-un came to power and could fulfill his love of western pop culture with no one to stop him. In 2012, the Wang Jae San Light Music Band was disbanded and replaced with the Moranbong Band. This band and group of five singers is entirely female and performs both western hits, such as Frank Sinatra, and North Korean music, including a song entitled “Let’s Study.” They are also found to wear much flashier clothing and appear on stage to resemble a more subdued Wonder Girls or 4Minute, if you turned off the sound, of course. The clothing trend, of shortening dresses and wearing more sparkle and more accessories, is also being held up by Ri, Kim’s wife, who most likely fulfills the roles of celebrity and fashion icon as well as first lady.

The Moranbong Band, despite its influence from western pop culture and probably K-pop itself, is presented in the Hermit Kingdom as a new type of music — even something Kim came up with entirely on his own, as most everything in North Korea ties back in to the cult of personality. So, while it may be likely that a few ordinary North Korean citizens will be influenced by hearing K-pop hits blasted over the border, it’s already clear the Kim, as his father before him, has taken steps toward undermining the effectiveness of the loudspeaker tactic.

The introduction of K-pop and modern musical sensibilities is a slow path to revolution that, if you squint, you can see in the modernisation of women’s dress in North Korea, but after delving deeper into the history of the conflict we’re also seeing that South Korea isn’t the first government to co-opt pop culture for their own devices. The back and forth fight over South Korean pop culture is a long standing one and won’t be solved simply by loudly playing the music of the best selling K-pop groups. And, really, I’d be annoyed, too, if my next door neighbor was blasting loud music at all hours of the night, K-pop or not.