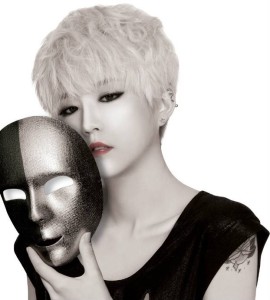 Welcome to another edition of unsung artists, where we take a look at some lesser-known releases of the month! While January was mostly full of ballads, February had a good mix of different artists and genres. There were so many artists that deserved to be on this list, but here are the ones that were the most memorable!

First up is Hong Dan-a who asks her partner who’s to blame for their troubles in this sassy song. It has a bit of an Amy Winehouse vibe and an artsy video to go along with it. The lyrics describe how neither person is at fault, and yet their whole relationship is about finding out who’s to blame. The music video is like a scene from a movie complete with a roaring lion parody of MGM Studios. There are a lot of insects in the video, referencing the first few lines of the song which describe insects dazzled by the streetlight and dying in the process. Like the insects the singer is blinded and ends up getting hurt, except in the video she is dazzled by diamonds instead.

Azin swears to forget her ex in this funky electronic track which is reminiscent of indie artist Neon Bunny. She sings it to herself, as a way to remind herself that she can get over this hurdle too.

I don’t remember, the lost time disappears
I don’t remember, even up to the foolish regrets that remain
Delete you, Delete me now, Delete you from my memory
If I want to, I can forget everything
Still bruised, I can’t live forever

The music video is a bit confusing. It seems like they wanted to do something like Sia’s “Chandelier” but then patched together some strange dancing scenes with the singer in the middle instead. There’s a burning flower which makes sense given that she’s erasing all memories of her romance. But overall the video leaves a lot to be desired, which is sad since the song is pretty catchy.

The three ladies of Rubber Soul tell us all to just relax in their song “Life.” They talk about how they go about their day comfortably and confidently, not worrying about the little things.

I spend some time taking care of my tangled hair,
on my dry skin moisture cream, sunscreen
Settle in comfortable shoes and I put them on and walk and thump thump
Right hand, left hand, I’m go on my own way
It’s not the daily listlessness, the ordinary workplace
It’s not anything, it’s the fact that now I’m here in this place
The best day
Life’s like a song of happiness
Happiness is through sadness

The song seems to have some Lauryn Hill influences, combining rap and soulful background vocals.The music video is a simple showcase of some interesting choreography and stylish clothes. And how often do you see female Korean singers sporting facial piercings?

In this simple and hauntingly beautiful song, Hani Cho sings about being unable to confess her feelings for someone else. It’s an extremely bare-bones song with the lack of lyrics being made up with raw emotion. It reminds me of Damien Rice’s “The Blower’s Daughter” with the way it repeats a simple confession. It gives the impression that the singer is just drowning in her sadness.

Her vulnerability is reflected in the video. She’s barefoot and singing in a cold, concrete room. There is nothing for her there but the emptiness, and yet she cannot, or doesn’t want to, escape her crumbling tower; she’d rather stay “safe” in what she knows rather than risk venturing outside.

It’s no secret that South Korea is a highly competitive society, particularly when it comes to the workplace. “A Digging Ant” shows the disillusionment that can happen when young adults finally enter the “real world.” At school, it’s very easy to have dreams and to know what to do. But as the song shows, the harsh reality is that we are not always prepared for the rat race that awaits us after graduation.

The music video does an interesting job of combining the lyrics and hashtags into one.  The hashtags are the protagonist’s inner voice, and he explains how easy life was when he was young (A pencil, an eraser, and a toy, in those days we were happy because we didn’t know anything). But then the boy grows up, and things begin to change after going to university (It’s weird, this is not the way I wanted it to be, before I knew it, I became something pathetic).

The hashtags and song lyrics are reflected in the video too. We see the protagonist grow up, running along an endless road to nowhere (the ant tunnel). He starts out as the “queen ant,” full of hope and seemingly in charge of his life. But then something suddenly changes. The world is not the land of dreams he thought it was and instead of a queen ant, he’s just another worker ant digging a tunnel. The young man doesn’t recognize himself and looks around, questioning what he’s doing in his “tunnel.” Before he knows it, an older “ant” comes along and knocks him down, pausing only a moment to look back. But things don’t end well for him either. The other ambitious ant runs to the end of his “tunnel” only to find it’s a dead end. All of that work he put into getting ahead has actually gotten him nowhere. The hashtags end with “At last, we are all ants.”

Last is an instrumental track which effortlessly combines modern and traditional instruments. It’s a bit whimsical and reminds you of flowers popping out of the ground after the warm spring rain. Another song, “Until the Peony Blooms,” includes a traditional Korean singing style but with some new age instrumental influences.

So, what do you think? Do you have any of your own favorites for February? 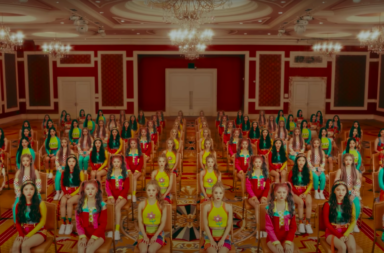