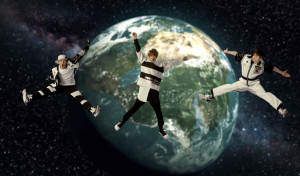 Enough with all the flashy sets and the dancing concepts, enough with all that crooning whilst looking straight into the camera. Putting artists into matching outfits against a flashy, bright background is a safe MV idea that has worked time and time again. This polished cut-and-paste formula has become too repetitive and watching MVs is turning into a pure waste of time because they are just too predictable. Sure, the video comes out looking great and we get to see those really sexy body waves and put a face to that rapper with the deep voice, but the appeal dies out pretty fast. If you could leave all the dancing to the live performances and give us something that challenges us on a more intellectual level, maybe more people will give K-pop another chance.

So when SM Entertainment collaborated with Hitchhiker to release the MV for his latest single, “11”, the Korean fandoms of the internet went crazy. It was K-pop’s next biggest disaster after Psy’s entrance into the global music industry. Or so they thought.

“11” is three minutes and fifty-one seconds of wailing and CGI-ed characters dancing that left everyone bewildered. Already an exhilarating change from the typical K-pop release, the video consists of an astronaut suit dancing in many different places, from the top of a bus to raving admidst a huge crowd to the seemingly hypnotic music. There aren’t even proper people, just metal figurines raving in time to the music.

As if that wasn’t enough, Hitchhiker released another MV for his remixed version of “11”, which is another three minutes of wailing and CGI. Believe it or not, the remixed version is even weirder with a giant duck on the streets of Korea, and the astronaut guy who seems to be standing on a mountain, which turns out to be a sheep and has fireworks in the background.

These two videos received so much attention because it stands out from the rest of its counterparts from its unique sound to the whole concept of the video itself. The randomness and unpredictability entices you to watch it until the end in an attempt to make a coherent conclusion from the whole video. It’s so refreshing to see an astronaut stomping across town Godzilla-style and blowing up in an explosion just for the sake of it.

The whole concept of unpredictability can be applied to the plot as well. Just like a drama, you would only watch the MV till the end if it interests you enough to find out its conclusion. An unexpected twist can totally change your perspective of a song as well, appealing to you on a deeper level.

Boyfriend’s MV for the lead single of the group’s third EP, “Witch”, actually outdid my expectations. Dressed in dark gothic clothes, I expected them to just dance around a girl. But with little clues in between clips of them dancing, the boys are eventually revealed to be vampires when the song is ironically but aptly titled “Witch”. The MV was very complementary of the song, and had some deeper meaning.. Little bits of creativeness like how they used the title ‘Witch’ as a pun in itself (it reflects both the MV character and to the appeal of females) increases its value as a song. The plotline can keep changing and might not even be coherent at times, but it needs to be able to catch your attention.

There is not always a need to do a fantasy 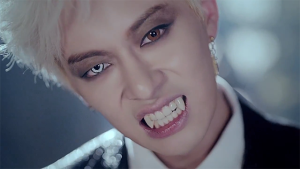 or a supernatural themed video to differentiate one from the rest. The plot could be something as simple as an everyday routine, but with a few unusual elements. The characters can reveal a different side to their personalities through their actions that instigates emotional responses.

The MV for Bang Yong Guk’s “Going Crazy”, featuring Song Ji Eun deals with a girl and her relationship with her stalker, and his acts become more and more creepy as the MV progresses on, from looking into her window to his reflection in the bathroom window, and sending her some of his hair. The creepiness of these actions show the extent of the fear of those privacy are being invaded (hint hint at those fans who find no qualms in stalking their biases all the way to their dorms), touching on issues that are hidden to the eye.

The characters adopted by Co-ed in “Bbiribbom Bbaeribom” is a literal expression of someone going crazy over another person that they are in love with. It is quite cute but also a teensy bit creepy watching people in their 20s acting as little kids. Almost to not let you forget that there might be something wrong with them, their static dance is interspersed with them fooling around in a hospital room. This MV managed to balance their antics and dance routines without coming off as overly childish. Its not taboo to include child-like elements (or overly bright sets), but ultimately it comes down to how you pull it off, and Co-ed did it quite well. I would say that the MV manages to encapsulate the feelings of someone having a one-sided love and that’s what compels me to continue watching it.

Besides things like the plot and the concept, the actual physical backdrop also matters. A dancer in the sky compared to a dancer in a bar has a different appeal, and I would go for the dancer in the sky anytime. 2pm’s “Go Crazy” MV incorporates the backdrop as an element of the song’s lyrics. Breaking out from a dance room filled with psychedelic lights through glass to flying in the air with the moon behind them, and boom, suddenly 2pm are in a garage. The constant changing atmosphere and high-energy dance leaves a lot for the mind to process and take in, and really matches the beat of the song.

The absence of a backdrop can be quite significant. No Mercy’s MV for “Interstellar” can be called random at best. Joo Heon first bursts out against a blank screen, but suddenly he’s eating pizza and then a dog is chasing him. When Hyung Won comes in, they start dancing on a planet or floating in space, with countless clones at times. The CGI effects are highlighted when they start fighting in an arcade-style backdrop, whilst managing to reflect  psychedelic culture influences with their use of filters. There’s not a lot going on, but its whimsical enough to keep the interest of the audience. Some videos are outlandish to the point of no return, but it’s this very factor which makes them all the more interesting to watch in the hopes of deriving some sort of understanding. 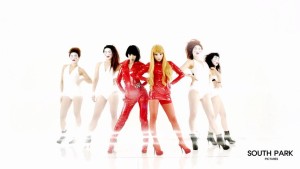 There are many factors that determines if a video is considered worth watching. Unfortunately, there are countless boring videos for every one good K-pop video on the internet. The best videos are all similar in one aspect – the unpredictability of some element; and this can be the plot or the characters or even the MV’s concept.

One of my personal favorites is “Ppappa Pierrot” by Elizabeth, which has male dancers in high heels and snakes crawling all over their arms. It doesn’t have blatant flashy sets or outfits, but it managed to incite some sort of emotional response that leaves a lasting impression on the viewer.  Considering that the quality of Korean dramas and variety shows are really up-to-par with their counterparts in other countries, Korean MVs are lacking greatly in creativity in comparison, and its time for those MV producers to step up their game.