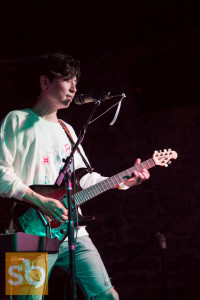 Electronic music has entered the K-pop scene in a big way, so much so that it’s pretty much unavoidable. Still growing in the Korean music industry, it can also be found in the indie scene with many artists experimenting with the sound. One notable group is From the Airport, an electro-rock duo that has been compared to such groups as Coldplay and Two Door Cinema Club. With their light, dance pop-influenced sound, they are definitely a group to keep an eye on.

Seoulbeats interviewed the duo back in January while they promoted their latest album, and we had the chance to sit down and catch up with them the day before hitting the stage for SXSW Seoulsonic.

So are you guys excited to be here?

Did you ever think you’d be here to perform at SXSW?

Zee: We’ve been wanting to come here ever since we formed. It was one of our goals. We’re really happy we’re here now. It’s an honor. It’s a big step for us to perform at SXSW.

After this, do you think you’ll come back to the US to tour?

Zee: Maybe. We hope so. We would always like to tour. There’s nothing set yet, but this could be our starting point for a future tour, even a mini tour.

How have promotions for your latest album been?

Zee: I think it’s been good.

Are there any songs you’re looking forward to performing here?

Zee: We are performing all our title tracks, a lot of songs from new album and a couple off the EP. We’re playing “Flying Walls,” “Sight,” all that. We’re also playing a song we haven’t played before, new live material. This is the first time we’re playing “Hit My Cash” live.

Last time we talked, we discussed your collaboration in the songwriting and recording process. Let’s talk more personal level. How do you guys get along through this process?

Zee: It’s become a routine now, but at first it wasn’t really set. Milo brings the chords and melody, or I make the beat while he makes the riff. It all happens in the same place so it isn’t too difficult. We don’t argue too much, so much as we discuss. We don’t have too many problems. 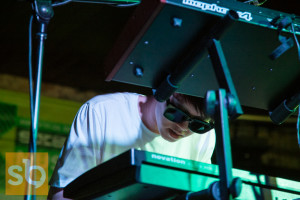 How long have you guys known each other?

Zee: Not that long. Three years ago. We met and then a couple of months later we made the band.

Do you think that being in a band together has made you guys closer friends?

Zee: I guess when we started out, we weren’t friends for a long time. It just changed into friends-slash-bandmates.

Did you always know you wanted to make music?

Zee: Yes, I was studying film in college — I studied screenplay writing — and I did music with my electives. I knew I would be doing music my whole life, but not really professionally.
Milo: I didn’t study music, just went into music scoring.

When you started the band, was it a hobby or something you wanted to pursue professionally?

Zee: It was definitely something we wanted to pursue professionally.

Since you both have backgrounds in film, how did things change for you creatively to go from film to music?

Zee: First of all, I don’t really think it’s too different since it’s still creating art. We still do get inspiration from film so I never thought of it as changing how I pursue art.

Do you have any specific influences? Any favorite films, actors or directors?

Zee: We have a lot of favorite actors. We don’t get inspired by content precisely but more the feeling by it. We can’t really pinpoint a film. 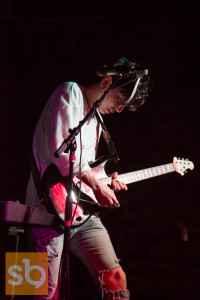 Zee, you speak English fluently. You lived in the United States, right? How long?

Zee: Well, I lived in the states for three years, and then I went to university in Canada, McGill University.

Milo, you didn’t study film in school so how did you get into that?

Milo: I just sort of did it. It’s not that hard to get into the industry if you meet the director and all the right people.

How old are the two of you?

So you’ve both completed your military service?

So any groups you’ve discovered at SXSW?

Zee: This group called BRNS. They’re from Belgium, and they were amazing.

I know you’ve only just come out with a new album, but are you working on any new material?

Zee: We have some songs already.
Milo: We’re always making new music.
Zee: We don’t have a different concept for an album yet. We’re just making up new songs and trying to find a better balance.
Milo: The concept will change many times.

About how many songs do you have when you’re going into an album?

Zee: We’ll have a lot of doodles, but we have to go through the process of arranging when it comes to the song. We usually have about 15 tracks though going into it.

How do you decide what songs go on the album? Does Fluxus get much say?

Zee: It’s a collaborative process between the two of us, but they [Fluxus] let us do what we want. They sometimes help in picking out the single though.

Do you ever feel like your music is more suited for a specific audience?

Zee: We don’t make our music with a specific audience in mind. We hope everyone likes it. 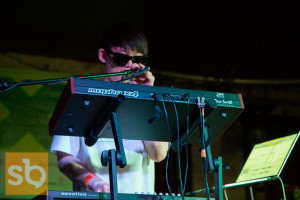 How do you feel American audiences are different from Korean audiences?

You guys performed in the US before in New York City. How do you guys feel now on your second time?

Milo: Texas is better than New York. It’s a beautiful day outside.
Zee: It’s more chill here, and the weather is better. There’s so much to see.
Milo: Yeah, it’s fucking awesome.
Zee: We’ve met a lot of artists, and it’s always a great opportunity to meet new people.

Any other countries you want to tour?

Any places in North America you want to visit?

Zee: I used to live in Indianapolis so maybe one day. Oh, and also Canada.
Milo: I think I want to go to Quebec.
Zee: They have the French vibe.
Milo: I love Canadian maple syrup.

You must love getting to try new food when you travel.

Zee: Well, Milo’s been cooking for the past few three days.
Milo: Yeah, I love to cook.

What kind of food do you like to cook?

Milo: Stews, pasta, lots of stuff.
Zee: He’s been cooking for, like, 12 people. We’re staying in a house with a lot of people, like HEO.
Milo: So I’m really tired. [laughs] Zee: But it’s lots of fun. We’re having lots of fun here.

Check out some of From the Airport’s music off their latest album You Could Imagine! 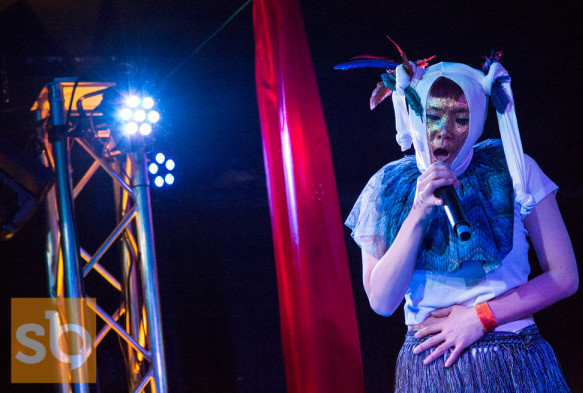 A Sonic Adventure on From The Airport’s “You Could Imagine” 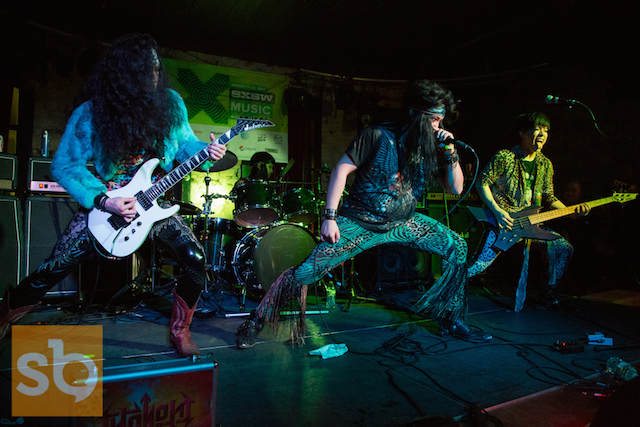 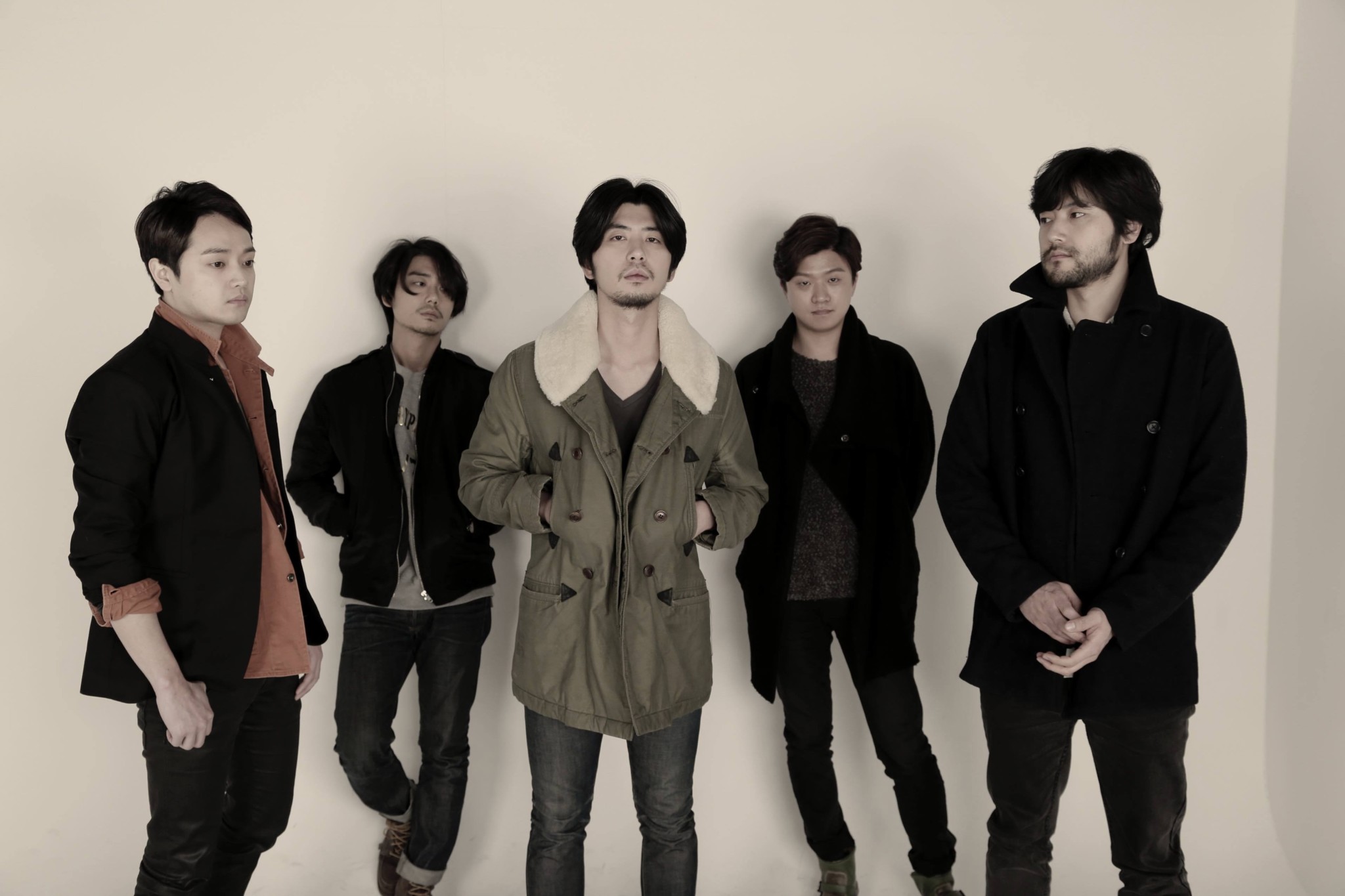