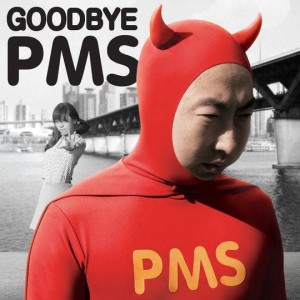 Since her solo debut in trot, After School‘s Lizzy has seen fit to team up with comedian Park Myung-su, to bring us the hilarious “Goodbye PMS,” and it is hands down in the running for best video of the year. Pulling together humor, action and the almost taboo subject of PMS, this video might be the first of its kind. It is clear that Lizzy isn’t afraid to travel down less taken roads, and it is paying off with this release being hilarious and bold.

PMS, premenstrual syndrome, is something that affects all women with the effects varying with each person. It’s not really something that is talked about seriously in polite conversations when different genders are around, as most of the time it seems to make males very uncomfortable. However, it has been an object of humor for ages, from the First Moon Parties to the Jen’s from IT Crowd. Finally, someone from K-pop saw fit to take it on!

Lizzy herself is quite a quirky character; from her place in After School’s sub-unit Orange Caramel to her asking legend Korean rocker Shin Sung-woo to brush his hair with her brush because she’s his fan on Roommate, this has become quite clear. Her actions sometimes seem so far left field that you don’t even know where they came from, but this only makes her even more interesting to watch. So, who better to take on an unsavory subject and make it humorous than Lizzy?

This video is completely hilarious from start to finish — from the midnight period-induced binging to Park Myung-su’s laser eyes that induce PMS. Better yet, it is a completely accurate depiction of what happens when one gets her period. Every time, there is without fail a Transformers/Evangelion-like showdown. In possibly the most dramatic showdowns in period history, Lizzy fights to save all women, even female dogs, from the human embodiment of the period: Park Myung-Su. The battle is epic, with punches being thrown, lasers shot and deflected. However, everything boils down when PMS’s kryponite, anti-period pain medication, comes into play and, in true Team Rocket fashion, Park Myung-su finds himself blasting off again.

Okay, so I lied — the video is heavily dramatized. I mean, getting your period doesn’t really mean woman feel compelled to bash their boyfriends’ heads in. However, when provoked by boyfriends making period jokes whenever they get angry, they most definitely will. 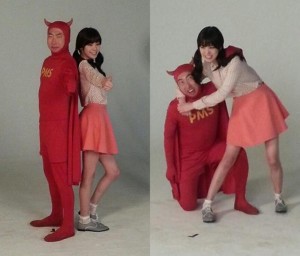 The lyrics basically explain the general cycles that happen with PMS, specifically mood swings, food cravings, head aches and — not to forget — constant abdominal pain, though the effects are different for all women. Basically all the fun things! All things Park Myung-su portrays with his character. However, this MV might be hinting at something bigger. Maybe it is in fact Park Myung-su that makes you depressed, angry and irritated every month? A ha! Cracked the code after all these years!

Park Myung-su is the perfect pick for a collaboration on this release. Besides the fact that his initials spell PMS, he holds this sort of unbarred comedic appeal, known most often for his odd humor and peculiar outbursts on shows like Infinity challenge and Happy Together. For that reason, he is perfect to take on the role of PMS, and his comedic expressions in this MV are hilarious. I mean, how many people would be actually willing to play the human embodiment of PMS in the first place? Good on ya, PMS!

The song is surprisingly cute for something paired with an MV of epic proportions. Enjoyable, light and quirky, this is something you would expect from an Orange Caramel member, though this release definitely has the quirkiness of Lizzy thrown into the mix. The song is reminiscent of the Samsung “Haptic Motion” theme sung by Girls’ Generation, which makes sense as the song and MV sort of feel like they could be used in an advertisement for anti-period pain pills.

The MV does not play the song all the way through, preferring to use opera music for the dramatic showdown. It effectively highlights the contrast between cute and dramatic, which is used throughout the entire creation of this MV to create a humorous effect.

Lizzy is fast becoming one of my favorite acts in K-pop, from her time in After School to Orange Caramel to now going solo. She is making a name for herself as an idol that thinks outside the box. As a woman, this release can be nothing but beautiful to me, so it must be love. Is it too late to add Lizzy to my Valentine’s day chocolate list?

So what did you think of this MV? Did it make you laugh? 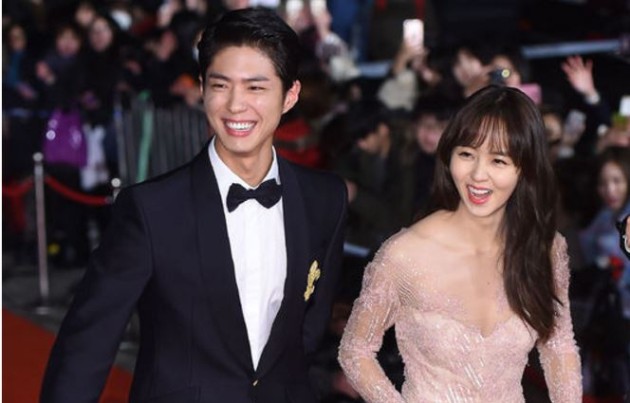 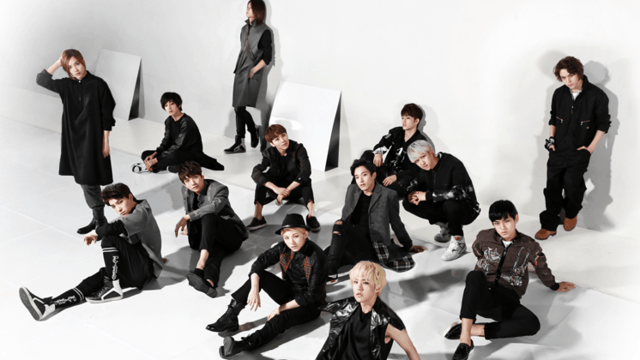