In a few days, Mnet will air the premier of Unpretty Rap Star, the first television show focused solely on female rappers. While many fans of Mnet’s other rap-focused program, Show Me the Money, are excited to see what Unpretty Rap Star‘s contestants can do, others are raising questions about why this new show is necessary. Do we really need to single ladies out? Why not just let women showcase their skills alongside men?

The people asking these questions probably don’t know that female rappers have been trying to assert themselves next to men, to disappointing results. Show Me the Money 3 seemed particularly interesting because of the number of women who attempted to participate in the competition. Tymee and Jolly V, two ladies who have managed to gain some notoriety among K-hip hop fans, added a little drama to the show’s first episode with a short rap battle. Unfortunately, neither one made it into the competition’s final lineup. Out of the sixteen slots available to competitors, women filled only two: high school student Yook Ji-dam and African-American rapper Toy were the only female participants. 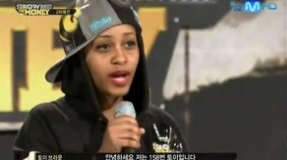 With only two women competing, it was easy for those who only kept up with SMTM 3 casually to miss their presence, especially since there were many complaints from fans that the ladies received very little air time. Most of the attention surrounding the show focused on YG Entertainment trainees Bobby and B.I, leaving almost all other contestants in relative obscurity after the victory was awarded to Bobby. The argument could be made that the girls’ lack of popularity is deserved, since they didn’t have the skills to defeat their male counterparts, but one might think that they would have gotten credit for snagging a spot on the show in the first place. Unfortunately, they didn’t get even that bit of recognition.

The fact is that women rappers in any country rarely get the same amount of respect and fame that males do. Although there are many reasons that hip hop is dominated by males, the inevitable result is that it is extremely hard for women to break into the “boys club” and assert themselves on equal footing with their peers. Finding a video that focuses on women for reasons other than their body is a somewhat difficult task. When objectification is the norm, only a few ladies in the US have been able to earn a role in the industry that isn’t sexualized eye candy. The K-hip hop scene is considerably younger than that in the US, and so that lack of famous female rappers is really no surprise. 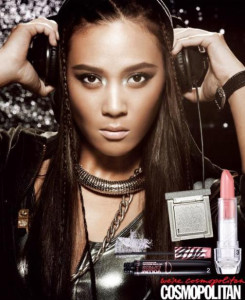 Asking an average K-pop fan about female rappers will probably yield only a few results. CL might instantly come to mind for most, and those who have been around longer might be able to name Yoon Mi-rae. Some may bring up rappers from girl groups, though these ladies rarely get the same chances to show off their skills as male idols do, thereby receiving fewer chances to get wide recognition. K-hip hop fans might be able to conjure up a few more names: Gilme, Tymee, and Jolly V are likely to come up. However, when you consider that the underground rap scene has many lady rappers, this small amount of names is disappointing.

Of course, breaking out of the underground is difficult regardless of your gender. The fact that ladies like Yoon Mi-rae, and to a lesser extent Gilme, Tymee, and Jolly V, have been able to succeed at all is impressive and encouraging. But, as K-hip hop continues to grow in popularity, we should be seeing the number of popular female rappers growing rather than stagnating. K-pop has been increasing its ability to serve as a gateway for fans to find hip hop artists recently, with groups like BTS and idol rappers like Bobby making hip hop more accessible, and there is potential for it to work for female rappers as well. However, hip hop themed girl groups often don’t get the concepts or promotions they need to gain a favorable reputation.

Wa$$up, for example, made a lot of waves when they debuted with twerking as their main concept. The attention they received wasn’t all that positive, however, and their debut song seemed like less of a respectable foray into hip hop and more of a vehicle to advance the twerking gimmick. In their more recent comebacks, they’ve stuck with their hip hop theme, but without vigorous promotion, they haven’t really managed to reclaim their reputation. 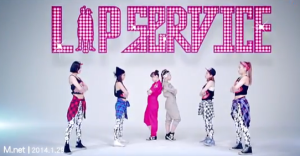 Other talented girl groups with hip hop concepts have suffered from a similar lack of good promotion strategy. GI, for example, is a little known group who takes the hip hop route without using sexiness. However, with the trend of sexiness riding high in K-pop lately, this move probably didn’t do them any favors (though the sexy dance route didn’t do any favors for Wa$$up, either). These ladies have even recorded a song with popular rapper Dok2, proving their mettle in the rap game. Newer group Lip Service managed to blend hip hop with sexiness in a way that those who disliked Wa$$up’s twerking will probably find more palatable. The lyrics of their second single, “Too Fancy,” criticize flashy consumerism, touching on a topic that girl groups usually don’t get to sing about. Unfortunately, both of these groups are virtually unknown, which is quite a shame.

With K-pop largely failing to bring recognition to female rappers, Unpretty Rap Star seems almost like a last resort. Elevating women into the public consciousness without any guys to steal the spotlight (which would seem to be the inevitable result when everyone competes together, like on Show Me the Money) is a quick and easy way to get attention, but there are also questions about whether the show is attracting the right type of attention. Specifically, the title has caused some to wonder why these ladies are being labled “unpretty.” When you take a look at the eight competitors, it becomes pretty clear that it would be a lie to call them unattractive.

If “unpretty” doesn’t refer to the ladies’ looks, then what does it mean? On one level, there’s the obvious reason that the show’s title grabs attention and adds a bit of edginess to the concept. It also underscores the importance of rapping, rather than looks, in the competition, but why Mnet felt the need to articulate this is questionable. Judging by the teasers, the ladies are concerned only with showing off their skills, and they display a fierceness that proves Unpretty Rap Star will be just as exciting to watch as SMTM. If the boys on SMTM didn’t need a special title to emphasize their focus on rapping, why do the girls?

On another level, though, this reduced emphasis on looks can be seen positively. Hip hop is often seen as a mere fashion choice in K-pop, removing the clothing style from the music that it’s so closely connected with. Girls’ Generation‘s “I Got a Boy,” for example, features typical markers of hip hop fashion without any real musical connection to style. The disconnect between the hip hop sound and look has been increasing as K-hip hop has gained popularity, and the designation of “unpretty” might be an attempt to rejoin the two. “Unpretty” can be seen as the competition’s way of assuring viewers that hip hop has more significance than just a clothing style to these rappers.

Unpretty Rap Star has given itself a lot to prove. By giving women an exclusive platform, Mnet is forcing people to pay attention. Excuses about a lack of skill on the part of the ladies or bad editing on the part of the producers won’t apply here. Hopefully, stereotypes about competitive women can be avoided and the competition won’t devolve into catfights and drama. However, if these issues can be avoided and the ladies are given the chance to compete seriously, then its success is left wholly up to viewers — if this show doesn’t help uplift women in the rap game, it will only be because no one decided to take notice.