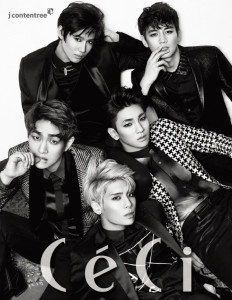 It’s a new year. We’ve wished, reflected, and now it’s time to tap into those dormant resolutions. There have always been those shows we wanted to watch, groups we wanted to get into, and habits we wanted to break. Let’s lay them all out on the table and commiserate for the journey ahead.

This week, we asked our writers: what K-pop related goals do you have for 2015? What changes do you want to make to your K-pop habits?

Gaya: Mine is still to see Shinee live in concert. They will undoubtedly be embarking on a new Korean album tour by the end of this year; they are definitely going to make a Singapore stop; and I am definitely getting on a flight to see them. My mother is just going to have to deal with the fact that her daughter flew to another continent just to see a bunch of pretty Asian boys/girls (she says she can’t tell).

A new one I have is to start attending more local K-pop shows. More and more acts are starting to come to Melbourne, and I need to take advantage of that!

Andy: I want to strive to watch more dramas. I’m really bad at keeping up with such things, and need to make an effort. That way, I won’t be completely lost when people start spazzing over the latest drama.

Additionally, I need to keep expanding what Korean music I listen to. There are so many great artists out there, and although I’ve expanded my range a little bit in 2014, there’s a still a long way to go. This is, of course, difficult, because once something/someone gets my interest, I latch on and struggle to pull back to a range of general normalcy.

Hania: My resolution is actually a combination of Gaya and Andy’s.

I am way behind on dramas, since they’re such a long-term commitment that I hesitate to make. But after the hype around dramas like Liar Game and Pinocchio, I realise what I’ve been missing out on, and I’m keen to get unhealthily attached to a range of dramas in 2015.

I’m also keen to see what Melbourne has to offer music-wise, with there being several K-pop festivals and K-dance festivals in the city each year. And since we were recently visited by groups like B.A.P and B1A4, there’s definitely a chance to catch some amazing concerts in the city this year!

Lo: I’m resolving to listen to more full albums/minis. I’m in the bad habit of not listening to the mini or album if the title track isn’t my taste even though I know damn well that I always prefer B-sides to the title track. Not anymore!

Willis: I have a few resolutions that I will list out. This year I hope to:
– Listen to more K-indie artists. There is a great scene in Korean music that I would love to explore.
– Attend more than one K-pop concert in my area this year. If 2014 has taught me anything, it is that I should take advantage of seeing some of my favorite groups live — just in case K-popcalypse rears its ugly head again.
– Watch a few dramas to completion. I am ready to take on those cliches and drama tropes!

Nick: I too would really like to get more into K-indie and explore the range of Korean music out there! The pop side of K-pop is fun and catchy, but I simply adore the acoustic, mellow energy you get from a lot of indie tracks, and I’d love to fall in love with some more. My goal is a new album or artist a month.

Aside from that, seeing Hania and Andy’s resolution made me realize that I really should get into more dramas; there’s a definite positive correlation between the quality of my spoken Korean and the amount of dramas I watch. My goal is to be watching at least one ongoing drama at a time.

Finally, I’ve been blessed enough to see most of my bias groups perform live, but by the end of the year I need to see BTS in concert at least once! 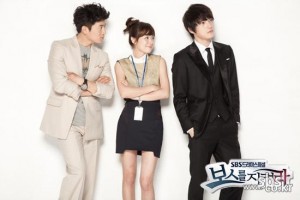 Camiele: My resolutions are about the same as everyone else’s. I’d like to start making a dent in the backlog of dramas I’ve yet to watch, which includes finishing Protect the Boss and actually watching Sungkyunkwan Scandal. There are few apparent “classics” that I’ve got to dig into that I’ve put off. The list is actually so long I don’t remember what all I have to watch. I’m starting by finishing It’s Okay, That’s Love and actively watching SPY this month.

Secondly, I too need to start listening to more of the indie artists. I’m subscribed to Mirrorball Music‘s YouTube, but I’ve yet to actually watch all the suggestions that come up. This, of course, needs to change. Other than that, I’m pretty good. I can always say that I’ll get into rookie groups, but that would be a stretch. It’s true all “bias groups” were rookies at one point, but my ultimate bias group is DBSK. As far as they go, we have to take into consideration that “K-pop” as such wasn’t really a phrase when they debuted, so that argument’s almost invalid. So until a group actually comes out the gate impressing me, I’ll pass. Somewhat unfair, probably. But that’s just how it is. For now, I’ll stick to groups that have been around for at least three years and start looking into their discography to see who will actually stick with me.

Chelsea: Like everyone else, I’d like to get back into dramas this year. I’m sort of embarrassed to say the most recent drama I watched all the way through was The Heirs. I either marathon an entire series in two days, or it takes me months. Hopefully I’ll find a happy balance in 2015!

Dramas aside, my main K-pop resolution for 2015 is to take advantage of the fact that I’m living in South Korea and try to go out and do some K-pop related activities every once in a while. I’d love to attend an SM Town concert at some point this year if they hold one! I’ve never seen any of my biases live, so that’s the dream.

It’s funny that this year my resolutions involve falling deeper into the K-pop rabbit hole, whereas this time last year I was trying to claw my way out of it. 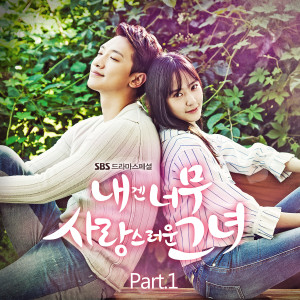 Joyce: Wow, I guess I’m in the minority here, seeing that one of my resolutions is being able to give up mid-way on sucky dramas. I have this thing where I pretty much need to see dramas to the end, even if the satisfaction I get out of it is minimal, or even negative. There was a point in time last year where I was following eight dramas, and not all of them had the same level of payoff. CoughLovelyGirlcough.

And I agree with Lo about listening more to all tracks in an album, because K-pop has definitely taught me about how B-sides can surprise on the upside. And definitely more concerts, although I’m probably one of the luckier ones, having access to a good amount of K-pop acts coming to Singapore. (I’ll see you when you come, Gaya!) The atmosphere is one-of-a-kind, but I realized I’m a sucker for fanservice, receiving a personal flying kiss from Yonghwa and plushie from L pretty much spoilt me. Now, I kind of expect that level of personal attention from every idol, just saying.

Sidrah: Is it weird if I say that I have never actually seen a full episode of any Korean drama? I did intend to start with Pinocchio in November last year, but that just didn’t happen. So since I am a complete Jaejoong fangirl, my resolution is to make sure I watch every single episode of SPY this year so that I can A) Stop being such an abhorrent disappointment to the K-pop community and B) Drool over Jaejoong in all of his super secret agent glory.

My only other resolution is to move to Korea and get Bobby to notice me.

Morgan: Just like everyone else, I want to look into expanding my music interests further. I seem to have been stuck on DBSK and all of it’s later forms since I was first introduced to them in 2012. Now with 2014 renewing my faith in K-pop, I hope to indulge my curiosity for indie artists and rookie artists even more.

Everyone seems to be stuck on dramas, but I want to watch more variety shows! I used to watch Running Man almost religiously, but now not so much. I want to explore what is out there, instead just watching a show because I like an idol.

Cjontai: I’m with Morgan on increasing my variety show intake. I slacked a lot on Running Man, but to be fair, some of their gags are becoming quite stale. I’ve also been meaning to take a look at Abnormal Summit since I’m curious about the topics they tackle on that show.

Hopefully, I can squeeze a couple of K-dramas into my rotation this year, but no promises. It’s been hard to get into anything since You From the Stars because that left a deep impression on me. I was about to watch It’s Okay, That’s Love, but I hold a bias against some questionable casting choices on that one.

I definitely need to brush up on more B-sides as well. I heard “Time” by AOA and was surprised how much I loved it. Normally, I don’t give AOA the time (no pun intended) of day, but hearing the song pop up on my internet radio showcased another side of them. I keep forgetting the reason I even got into more groups was because of the B-sides, so I should open myself up to listening beyond the title tracks.