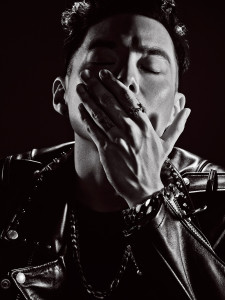 There are some stories in K-pop that are so incredible they’ve earned legendary status, stories you tell trainees in the practice studio—“If you don’t work harder, they’ll ship you off to the States, and you’ll never be heard from again.” However, this story has one of the happiest endings in the industry.

According to JYP himself, Kim Ji-hyun was just a sixth grader when he ran into him. At the time, JYP had aspirations of opening a branch in the States to produce Korean-American artists and hopefully bridge the gap between South Korea and the Western market. He brought the young man with him to hone his skills and learn about the history of Soul and R&B. However, when JYP’s endeavors fell through, Ji-hyun proclaimed he wanted to stay and learn as much as he could. For years, people spoke about the young vocalist in hushed whispers, his actual existence even called into question and creating a legend in the K-pop scene among almost every artist. Well, after fifteen years of “training,” writing, and dropping covers on his Soundcloud, the moment has finally arrived.

G.Soul strolled on to the Korean music scene with a debut as big as the legend that backs him, giving listeners who’ve anticipated his debut a powerhouse debut with mini-album Coming Home.

The title track is an experience that’s as much classically soulful as it is an expression of the future, an impending greatness, worlds unexplored and yet to be fully realized. The simplicity of finger snaps interspersed within an electronica backbeat perfectly expresses the dichotomy of G.Soul’s musical style. It’s classic R&B with a modern twist on the genre, adding in the experimentation of neo-electropop artists like Toro y Moi and, if you stretch a little bit Miguel Migs, with little hints of deep house giving the song a complexity that daringly declares G.Soul’s arrival. At the song’s climax, the tempo very subtly increases, signaling increased anticipation, as if he sees the finish line and can’t wait to burst through the door. His passion and desire to return and finally make a splash is evident in the lyrics, which tell a story that even the most hardened idol trainee would be able to empathize with:

I blocked my eyes and ears and ran
They told me to stop running, asking, “don’t you know yet?”
Telling me to stop doing stupid things
But finally, on my feet
I’m covered with blood
Oh but baby but baby

The layered brilliance of the first track segues perfectly into track “Superstar.” Musically it’s a celebration of sound, neo-Disco with a decidedly more soulful backbone. Though a song that errs on the more poppy side, G.Soul’s vocals are versatile enough to make any genre work and give it an emotional arc it may not have initially had. “Superstar” is the perfect example of the scope of his vocal ability, being a song that’s at once soulful and pure pop in theme and concept:

I’m past the age to do this
But as I watched TV, I acted like a child
All morning, looking at you
Thinking of all these different things

Dancing on top of that stage, baby you and me
The sound of the crowd rips through

Then, the song that raised all of the K-pop world’s hopes. Lead single “You” is a powerful piece of balladry that makes use of common pop-R&B conventions to be an explosively expressive declaration of the power of love. With the soulful harmony of our R&B-infused Greek chorus softly crooning, “All I need is you,” G.Soul is given the room to deliver a vocal performance that’s equal parts raw and emotional. It’s a track that illustrates the artist’s plight—his muse missing, he reaches out for her with voice, pen, and paper only to find the space where she should be vacant and his soul yearning for her presence.

This has proven to be quite the clever debut release, the song itself being simple enough in theme to be accessible while the vocals are astonishingly brazen enough to make those who are inclined to fits of swooning bow before G.Soul’s feet.

In the same vein of “Superstar,” “First Love” is classic pop. Our protagonist is whisked away by his feelings, love giving him the ability to see everything bigger, brighter, and lovelier than he ever has:

The musical construction is a bit reminiscent of classic ’80s pop, a triumphant drum cadence overridden by a simple guitar rhythm and a keyboard to maintain the foundation. It’s not a sound you hear very often in K-pop, usually reserved for artists on the periphery of popular Korean pop. Perhaps unsurprisingly, G.Soul uses it very effectively, another nod to his ability to adapt to any musical landscape.

Arguably the album’s most emotional song caught me off guard and forced me to listen to the mini-album almost ten times in a row. “Excuses” is a song that’s so drenched in pain it almost doesn’t seem like a fit for an album that’s expressly positive. Here we have a story of a man whose pursuer is so determined to have him, she doesn’t see that he doesn’t love her, that he seemingly can’t. It’s a reversal on the classic “unrequited love” trope—our protagonist is the one who just can’t muster the love in his soul that his hapless love interest has for him: “I’m sorry, baby, for giving this kind of excuse. I tried to feel like you would feel. But no, no, no. Wish I could love you but I don’t.”

Many would find “Excuses” the expression a selfish child who simply can’t accept what’s in front of him. But the lyric is both clever and honest. He may be seen as the villain in the end; however, he had the balls to tell her before things got further than either one of them could conceivably back out of without some serious emotional scarring. Much in the way of the Donnell Jones classic “Where I Wanna Be,” G.Soul has to let her go, basically telling her he’d rather hurt her now than do something he’d seriously regret later: “You can call me a bad boy. I’d rather have you hate me, baby.”

Musically the song is reminiscent of Frank Ocean’s “Purple Matter,” the melancholy guitar foundation is both bleak and inquisitive, while the use of finger snaps and a sparse beat illustrates the coldness inherent in letting someone go. However, instead of Ocean’s expression of intense wonder at the beauty in front of him, G.Soul uses the music to plead his case, both asking for forgiveness and hoping for inner peace. 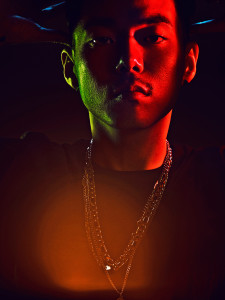 The album’s closing note, track “Once More,” is a seeming reversal of his previous feelings of an inexplicable lack of love, this time being an expression of yearning for what he’s lost. With the steady drum cadence that dances across the synth construction and the teardrop in G.Soul’s voice, “Once More” sees our protagonist begging for just another moment with his lover. He hopes she’s as miserable without him as he is without her, that she yearns as he yearns. The power of the music lends itself perfectly to the desperation of the lyrics and vocal performance: “If only I could see you one more time I wouldn’t let go of you. If you’re hurting like me (come back to me). If you’re hurting (please forgive me for letting you leave).”

G.Soul’s long-awaited debut proves to be an early contender for album of the year. He most certainly earns his namesake, each song filled with the kind of unadulterated soul you’d expect from someone who’s spent fifteen years honing his craft. Vocally, he brings to mind such R&B artists as Frank Ocean and (begrudgingly I’ll admit) early Chris Brown. If you listen closely you can even hear hints of Tevin Campbell, with his ability to use both vibrato and melisma effectively to make each lyric almost divine. Coming Home is a powerful statement, one that has put the entire K-pop world on notice and fans of honest-to-goodness R&B short of breath.