Nick Cannon's Show: Not the End of the K-pop World 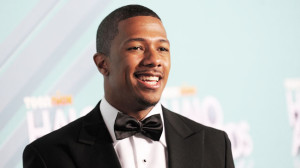 Like rabid wolves, K-pop fans are viciously protective of their own territory. That’s why when earlier this month Nick Cannon announced that in December he was going to begin producing The Drop, a tween comedy Nickelodeon show following three Korean pop music-obsessed high school girls, reaction across the K-pop fandom was colorful, to say the least. A quick glance at the comment sections of the English-language news sites, including our own article here on the topic, showed that the reaction from the English fandom is lukewarm at best and outright apoplectic at the worst.

Fan reactions seem to fall in two broad categories: one, many commenters seem to view the K-pop fandom as “our turf”, something that we need to protect from the uninitiated masses of the outside world. As many K-pop fans in the US or the rest of the West get their Korean entertainment online and from their fan communities over the Internet, there is certainly a sense of “hipster-ship” among these digital communities. The idea of belonging to an underground, little-known fandom is something cherished, and the suggestion that Nick Cannon dare to expose the rest of the US to the best-kept secret known as K-pop is appalling. 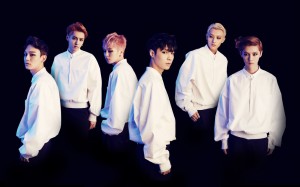 The problem with guarding K-pop too closely to ourselves is that it is not a realistic goal. We like to think of K-pop — or, to be more accurate, everything associated with Korean pop culture and the Hallyu phenomenon in general — as something that both gives us a community and sets us unique from everyone else. But the fact of the matter is, Hallyu has never been stronger in Asia. Hallyu has quickly gained a reputation in Japan, China, and other East and Southeast Asian countries across the continent. A study at Waseda University by Han Young-kyun showed that over half of Japanese people consume Korean media “sometimes”, while another fifth of the population consumes it “frequently”. His sample size was of hundreds of males and females with ages ranging from 20 to 70. Scholar Jang Soo-hyun describes the Chinese “explosive reaction” to ’90s K-pop band H.O.T., leading to a modern Chinese youth that sees Korea as “synonymous with ‘fashionable’ or ‘stylish’,” and the creation of a major urban market for Korean fashion and cosmetics. Korean culture in these countries has come to exist alongside the local national pop culture. Listening to 2NE1 or Exo in these countries doesn’t make you unique or edgy: it makes you one of many. The idea of consuming Korean entertainment is not unheard of.

Aside from that, the very idea of K-Hipsters goes exactly against what the intentions of K-pop are. Hallyu has been a carefully cultivated phenomenon, produced by both the government and the entertainment industry in order to sell Korean products overseas. Music videos are placed on YouTube for viewers around the world to watch, and companies carefully select members with language capabilities to promote their music globally. Spreading K-pop around the world has always been a main goal of the industry, and petitioning against that actually stifles the aspirations of many of those working as Korean entertainers. (Interestingly, a main argument of many fans is that the show will commercialize K-pop and simply be there to make money; ironically, that is the job of pretty much every K-pop performer ever.)

The second category (and the majority of the comments fall along this line) is that this show will provide fodder for “backlash and jokes for just listening to music we like”. That quote comes from Ananya Nair, the author behind the Change.org petition pushing for Nick Cannon to #StopTheDrop. 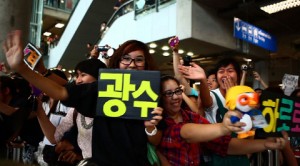 Yes, there is a petition against this TV show. And at time of writing it already has over 7,000 signatures. Clearly, ridicule against the fandom is a major issue with fans.

It is a sad truth that the fandom suffers backlash from its obsessiveness. In the US, with its strong American pop culture and entertainment industry, it might be hard for some people to understand why we choose to listen to music that isn’t in English and sung by groups of boys who look too feminine by Western standards. Even in Korea itself, obsessive fans can be chastised for prioritizing idols over schoolwork or personal relationships.

But is this petition a fair reaction to Nick Cannon’s announcement? 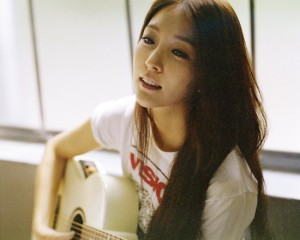 In the petition, Nair (and many fans agree) accuses Cannon of exploiting the fandom for comedy and for making jokes at our expense. Accusing the show of making fun of the fandom is an unfounded accusation, but I can see how it would be a common reaction for fans who have been repeatedly shamed for their dedication to the genre.

Yes, the show is a self-styled “musical-comedy show”, but it’s not clear that the show is making fun of the fandom itself. In fact, I agree in that many have likened it a lot to the American show Glee. While Glee would make fun of choral music and the type of people who join it, but it ultimately became a hit across the country, not because it made fun of glee clubs but because it was a funny show. The jokes were not mean or tasteless but instead well-intentioned. The show was funny for comedy’s sake, not because they were singling out a certain kind of music as stupid.

In fact, this show could even be a good thing for the genre and the fandom. I too am extremely skeptical of the whole project, but in a best-case scenario, The Drop might just be what K-pop needs to break into the US market. Even if it is against the wishes of thousands of fans, the fact remains that K-pop artists see the US market as the crown jewel of their musical conquests. Success in the United States would be an amazing achievement for any artist, and achieving that goal has become the focus for several of Korea’s greatest performers.

BoA, the Wonder Girls, and Psy have all tried to break into the seemingly impenetrable US market, all with little success. But even if the chances are slim, The Drop might give CL that little push she needs to succeed in her upcoming US promotions. 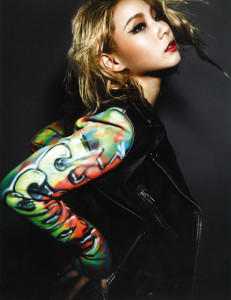 The odds are against her: a quick look at the Billboard USA Top 20 chart for this week shows zero Asian artists despite a fairly broad distribution of whites, African-Americans, and Latinos. It wasn’t until 2010 that an Asian-American group reached #1 on the Billboard Charts with Far East Movement’s “Like a G6”. And while artists such as Apl.de.Ap and Bruno Mars are unashamed of their Asian heritage, the numbers provide little traction for a truly Asian-American music scene that compares to the black music or Latino music scenes in the country.

The Drop has the opportunity to broadcast K-pop on a regular basis to homes all around the US. It would showcase the popularity of K-pop and Korean music and be a chance for viewers in the US to experience a type of music that is noticeably lacking in the country. By normalizing K-pop, The Drop makes the concept less foreign and could ease the burden of Korean artists trying to break into the market.

Naturally, as fans, we focus on how this will affect the fandom. As a group that supports one another and provides a sense of community, it is understandable to think first of what this show means for K-pop fans. But while Korean entertainment companies do think of the fans, their main priority in the US is to sell their music. If shows like The Drop help to introduce people to the genre and listen to (and buy) more Korean music, then as far as the labels are concerned, it is a positive thing. And even though artists truly love their devoted fandoms, they know that giving K-pop more exposure and attention in the US can only help their future efforts in the country.

Do I personally think that The Drop is going to be a successful series, drawing in new fans by the boatload? No.

But there’s a chance. However slim, there is a chance. And instead of keeping Hallyu all to ourselves, The Drop could be (as another Seoulbeats writer suggests) another small step closer into helping Korean artists become more accepted and successful in the US. And even though over 7,000 people might disagree with me, I don’t believe it would hurt to give it a good try.

(Billboard Hot 100, Han Young-kyun, The Hallyu Phenomenon in Japan and the Perception of Hallyu in Korea (Tokyo: Waseda University Press, 2013), Jang Soo-hyun, “The Korean Wave and its Implications for the Chinese-Korean Relationship,” Journal of International and Area Studies vol 19, no 2 (Seoul: Institute of International Affairs, 2013), Change.org, Images via MTV, YG Entertainment, SM Entertainment) 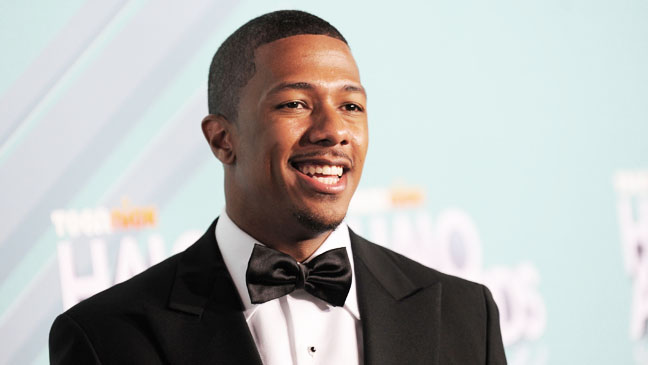