5 Ways Zico Could Have Really Made The Cookie Crumble 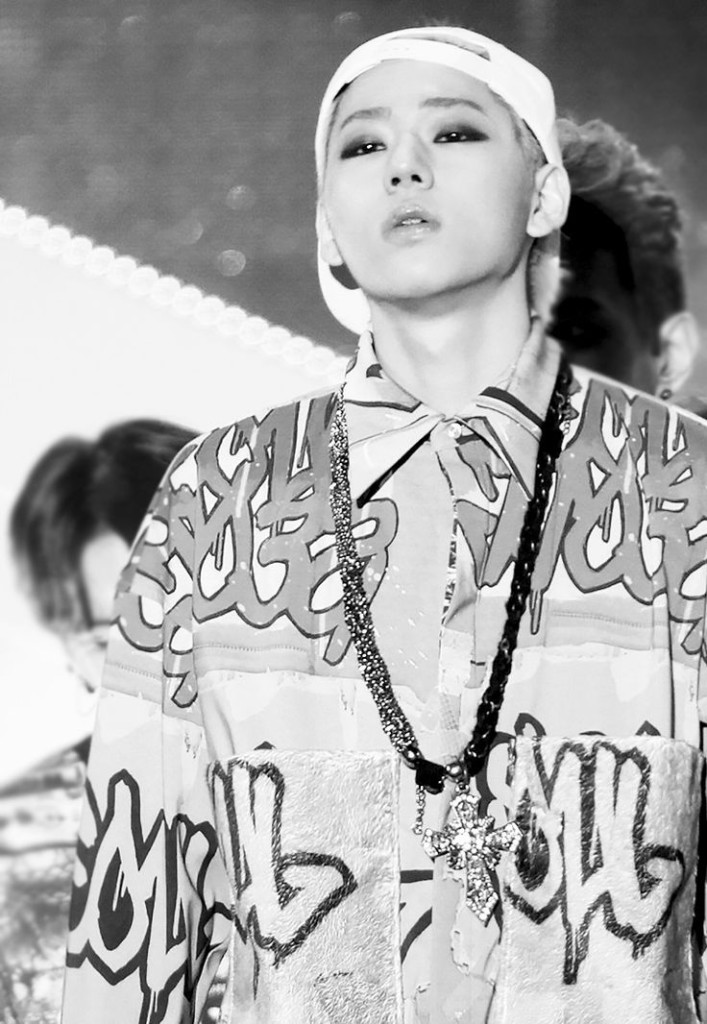 Last month, when Zico released his solo extravaganza piece “Tough Cookie,” I was a mixed bag of emotions. As a die hard BBC and a long time fan of everything Zico related, of course my first instinct was to love “Tough Cookie” even before it dropped. Nothing about the words ‘Zico’ and ‘solo’ and ‘release’ had ever come up short on expectations before, so naturally I had very little doubt concerning what was coming next.  And as a relentlessly faithful Zico fangirl, I was going to stand by my man for better or for worse.

But when “Tough Cookie” did drop, I was hardly wooed. I think it’s worth pointing out that Zico sets a high bar for even himself. When it comes to criticism, Zico is harsh on his haters, but he’s always been harder on himself. So for such a self driven and self critical artists, I had high hopes for Zico’s hard solo debut. But “Tough Cookie,” at least in my book, misses the mark.

I get it–Zico is trying to go back and crap on all his haters and prove that being an idol rapper could never undermine his one true identity as a rapper first and foremost. Great. This is literally all Zico does. Ever. And I love the hypermasculine K-hip hop just as much as the next crazed Zico fangirl, but something about the old school hip hop cliches that build the drama in the MV, the disjointed hook of the droning song, and the overall questionable taste of the production all together left me, dare I say, disappointed.

Unfortunately, even if you love this jam, this is not Zico in his crowning glory, and I’m not the only BBC who will tell you that. But if you loath “Tough Cookie,” and were going to write Zico off based on his over-glamorized solo MV, then you’d be missing out on the scope of Zico’s real talent. To prove my point, here are five ways Zico could have used his energy to make something worth our time…and his.

If you have never listen to a Zico mixtape track, then I honestly don’t know how you could call yourself a Zico fan. His mixtapes are chilling and thrilling, and he’s been making them since before his own voice even cracked. Zico on the Block and Zico on the Block 1.5 are some of the most fun I’ve ever had listening to K-hip hop, and they showcase a completely uncensored and unadorned version of Zico that you won’t find on the K-pop music stage. As far as I care about Zico’s solo work, I would have much preferred a tiny mixtape with some powerhouse tracks to four minutes of subpar twerking.

2. Produce a Block B pre-pre-release track

There’s already quite a bit of excitement for BBC’s thanks to the recent news break about Block B’s upcoming January single “I’ll Only Hold Your Hand and Sleep.” There isn’t much information on whether the upcoming track is a pre-release for another mini-album or if it’s just a single album, but either way, I would have much rather heard Block B on the airwaves than taken a bite of “Tough Cookie.” It’s been way to long since BBCs had any Block B soul food and a pre-release would be just what the doctor ordered. Does no one remember what an phenomenal prelude “Be the Light” was to the Very Good mini?

3. Film another episode of Show Me The Money

I know the season is over, but Show Me The Money was a crazy whirlwind this summer, and the new year is about to be slammed hard by the rise of the SMTM 3 starlets. Zico was on the show only briefly, but surely production for “Tough Cookie” and Zico’s time on the show coincided somewhere. I would have much rather have had Seven Seasons vetting Zico more spots on relevant reality shows and that he could \prove his worth at the mic and not in a tub of cookies.

I don’t know if it’s because he spends a significant amount of time crouching, but I feel like not everyone realizes that Zico is pretty dang tall. And I mean, tall enough that he could fend for himself as a model if he honestly really had to. Let’s be real, none of us can pull off red eye shadow quite like that and his cheekbones are already sharp to the touch, and though he’s only hit the runway once, his brooding bad boy persona could totally get him booked, if not on the runway, at least in more pictorials. I mean, that would probably only earn him more flack from full time models in the biz, but hey, that would only give him more material for his homemade haterade.

5. Head an unofficial behind the scenes series for Block B

Long gone are the days when BBCs could satisfy cravings with MTV Diary or Match Up, which have long been gold mines for Block B primetime. In this Block B down time, I think Zico should have spearheaded a comical, unofficial candid series of Block B and their whereabouts, similar to VIXX TV or BTS Bomb. With all the money that got dumped on “Tough Cookie,” Seven Seasons could have easily done a 20-30 episode mini-series that followed the boys around before their winter comeback. And Zico’s always had a way with the camera–90% of the time, it’ the only way we get to see candid Zico and not 1000% GD mode Zico tearing it up on stage. Zico is just as good off the record as he is on, and he doesn’t get enough of that kind of air time.

What do you think Seoulmates? I know not everyone hated “Tough Cookie,” as much as I did, but can we at least agree that Zico could have done something soooo much better with his talent and time, or no?