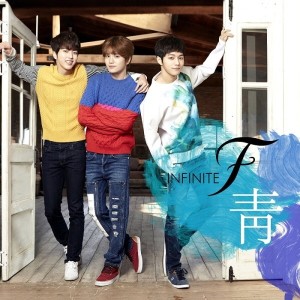 Infinite F will be making their Korean debut on December 2!

While members Sungyeol, L, and Sungjong have previously shared the stage at fan events and concerts, the trio only debuted as Infinite‘s latest sub-unit this November exclusively in Japan. Until now, that is. It seems Infinite F’s test of the waters overseas has turned out successful, or at least enough to warrant the go-ahead from Woollim for a domestic debut.

The sub-unit will release a single album entitled Blue, consisting of three songs. The title track “Heartbeat” and “My Girl” have been recycled from the group’s Japanese release, and the former is also featured as part of the drama Hi! School Love On‘s OST.  The third track,”Because of You”, is an original song composed by Sweetune.

While Infinite F’s Korean debut is not a significant stretch financially or creatively for Woollim, how the sub-unit is received on home ground will certainly reflect back on Infinite harder than promotions overseas. What do you think, readers? At the very least, here’s to hoping we get some more girl group dance gems from Infinite F.