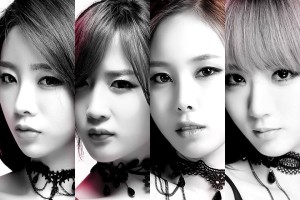 For the record, so people don’t trump this up to “double-standard slut shaming” or “women can’t be sexual beings,” I like girl groups doing mature and sexy concepts. It sometimes just doesn’t work, and this is one of those times.

So I’ll be honest from the get-go: Four Ladies‘ (also known as 4L) debut gets a 1/5. The sheer letdown, and perhaps false advertising, leaves such a bad taste in my mouth. The MV would have received a 0, but the song wasn’t half-bad.

When the first teaser video came out, the excitement was real. Yes! Another MV that deals with the LGBTQ community. No, it wasn’t going to be some romantic, touching concept. But it was at least another acknowledgment. I’m sure others got excited at the thought that a lesbian couple would appear in a MV.

Then, the second teaser, a “dance” version, came out. It was not what was expected. More raunchy than sexy, the dance was definitely an attention-getter. JaYoung’s solo dance teaser also furthered the idea of what was to come. With their label saying that this was just the tip of the iceberg, there was the expectation of a plot built around the relationship between the two women and, of course, more “sexy” dancing.

Being sexy can be scintillating, refreshing, freeing or preferred when it comes to girl groups. Yes, there is some complaining about the influx of such concepts lately, but there are some who enjoy them, such as me. However, the fine line between sexy and just plain awkward can and has been crossed.

The dance for “Move” is so awkward that the secondhand embarrassment almost prevents one from completely watching the MV. It is almost like the choreographer watched a few seconds of burlesque, lap-dancing, stripping and then threw in some typical, “sexy” moves to create this disaster. The end product is not sexy as much as it is cringe-inducing. 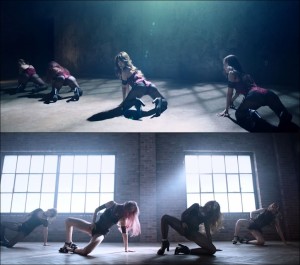 The outfits definitely don’t help matters either. Outfits are supposed to further the concept. Instead, I was concerned about the wedgie factor. The phrase “at least they looked good” comes to mind. If you and your outfit look good, people will look past the music and dance. 4L doesn’t even get that benefit, thanks to the outfits. The outfits look like dollar-store lingerie craft projects, which isn’t inherently bad, but for a K-pop girl group video you have to at least appear to have a budget.

The MV plot leaves things in a more confusing state than the teaser did. I was expecting my questions to be answered: Why is the couple going at it in the bathroom? Do they have a fatal attraction or passionate love? Who are they? After watching the MV, the answers are still a mystery. 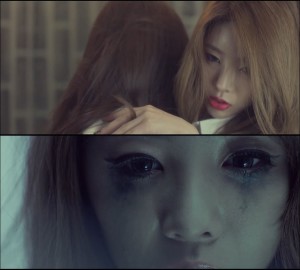 The lesbian scenes would work well with the lyrics if “boy” was left out. The song is about lustful attraction. Even then, the plot would still have holes like Swiss cheese. For instance, why are the girls crying and running away? How does that fit in with the coaxing lyrics?

In the final cut, we first see one woman in the mirror, applying lipstick, and then another one is suddenly in the reflection doing the same thing. Given the last scene, perhaps the MV is about a woman’s bisexuality. She enjoys the affections of women and men. By representing her as two different women, they are showing how complicated one’s desires are. Or she could just have a split personality.

The two saving graces for this debut are the music and the vocalists. First, the Latin tango flair is pretty nice. Because of the tango’s history as the dance of love, that use of such music is a good decision. Also, the vocalists for the group are pretty decent as well. Lead vocalist J-Na appears to be quite skilled. With the exception of the rap portion, which leaves a little something to be desired, the song itself is not bad but sadly forgettable.

Simply, the teasers and comments from the company come off as noise marketing. Yes, it is nice that K-pop idols are putting forth some effort to explore the complexities of sexuality. More should do so. However, don’t trivialize such an important aspect of one’s identity just to gain a few more clicks.

At the end of it all, “Move” will fall into the K-pop annals as just another “Marionette” and a subpar attempt at being sexy. 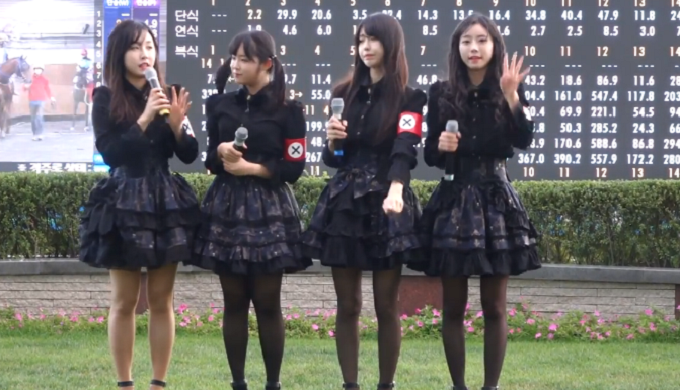