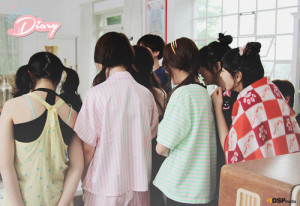 We’re almost at the finale of KARA Project, DSP Media‘s latest endeavor to improve the company’s image, reinvigorate interest in KARA, and create positive buzz for a future girl group, all under the heading of choosing a new member (or two) for KARA.

Episode 4 featured Baby KARA performing in Japan for the first time — that is, except for former Puretty group members Somin, Shiyoon, and Chaekyung, who of course promoted in Japan previously. This week, Somin and Sojin had solid performances and good screentime, while Shiyoon, Chaewon and Yuji had less screentime, fading more into the background. Chaekyung and Youngji, who has been single-handedly slaying the global vote, received more time as well. The votes of the Japanese crowd placed Youngji first, Chaekyung second, and Somin third. In another strange choice by DSP, the Baby KARAs attended a KARA concert, once again placing the divide between Baby KARA vs. KARA even further apart, though it certainly cemented the seven trainees’ admiration for their seniors. 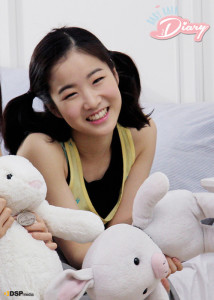 Episode 5 brought the advent of solo stages and the impending decision of who will compete in the live finals on July 1. Once again, it was clear that DSP has long chosen Sojin as the frontrunner since she is blessed with the best song/dance choice of the solo stages. I mean, she got to both sing and dance a sexy, upbeat song that allows us to imagine her as a KARA member, while Yuji, for example, danced skillfully but to a hip-hop song that hardly relates to KARA’s usual repertoire at all. Youngji’s, Chaekyung’s, and Shiyoon’s dance stages are very short in the final edit, while Chaewon has a slightly longer vocal stage. And like Sojin, Somin continues to receive a winner’s edit through slightly longer backstage interviews and a lot of center time.

In the group songs, even when it’s Shiyoon’s solo line, she doesn’t get a close-up — the editing has been very clear on her all along. But at the end of the episode, it’s Yuji who is cut in the most non-shocking competition elimination ever. This decision was not suspenseful because Yuji has received mediocre feedback from the judges and has not ranked highly in the official standings in any week. It begs the point of her inclusion in the first place (and Shiyoon’s, who I expect will be first revealed as eliminated in the final episode).

Yuji is obviously very talented and brought a different flavor with her dancing style, but her style (at least, on the show) is distinctly not in tune with KARA’s, and her age alone eliminated her from the competition from the start. I felt sad in the moment, but I feel she will have more of a chance to shine as the main dancer in a new group. And she has already reached a higher profile thanks to this show and Kpop Star 2. Also, dragging out the pre-eliminations into the final episode is a needless, frustrating move. 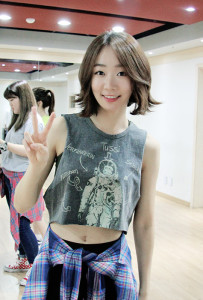 This again points to KARA Project as a pre-debut/trainee promotion show, not a full competition show. For example, I do think Sojin will be picked, but if she isn’t selected, then she is the obvious leader of DSP’s new girl group, a role that could perhaps develop more in the spotlight as time goes on.

Final predictions, go! If there are two new members, I will predict Sojin and Somin (#2 pick as Sojin and Youngji, #3 pick as Sojin and Chaekyung, though rumors currently say that she was eliminated early). If only one member, then I will say Sojin (#2 Somin). Personally, I hope that Chaekyung pulls through since I liked her evolution over the course of the show, but I do not think she is likely to make it. Anyways, next week the KARA members will at last show up in speaking roles! Your thoughts?