K-pop and the Tribute Act: Is Imitation Really the Sincerest Form of Flattery? 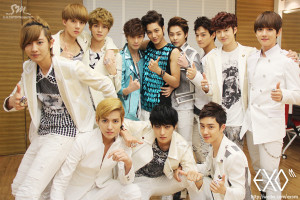 Fan covers, be it in song, dance or both, are hardly a new phenomenon in K-pop. In fact, cover contests have become an increasingly popular way for K-pop companies to reach out to the fanbase and also allow for fans to engage with K-pop at a level beyond mere consumption, especially when K-pop utilises one of the assets so instrumental to its growth in recent years: Youtube and other similar social media platforms. Recently, however, Thailand-based EXO cover group Millenium Boys (MB) have drawn some flak for holding fansigns/fanmeetings as well as selling merchandise and thus unfairly profiting off EXO’s good name.

While many might say that imitation is the sincerest form of flattery, MB have perhaps taken it a tad too far when they even made a shot-for-shot remake of EXO’s performance at the 2013 Mnet Music Asian Awards at the “Hello! Korea 2nd Concert.” In addition to showing a stunning ability to recreate a performance almost down to every gesture, the members of MB have also shown their dedication to covering EXO by including the VCR footage, really getting into character by dyeing their hair to match whatever colour the respective EXO member is rocking (even the rainbow atrocity Sehun had circa 2013) and wearing costumes that are near-perfect copies of EXO’s own stage outfits.

MB is hardly the new kid on the block — the group appeared in 2012, the same year as EXO, and has been following EXO’s career lock in step ever since. The problem arose when it came to the attention of the Korean media (and EXO’s own label SM Entertainment) that MB had created logos and was selling fan merchandise clearly based off that of EXO. It ignited the displeasure of fans and even threatened a lawsuit against MB by SM Entertainment. Thus, MB separated themselves from the rest of the cover bands out there by transcending cover band status into something resembling a tribute band, which are musical (and, in this case, dance) doppelgängers of the original band, aiming to capture every gesture to create a perfect imitation. There is nothing inherently wrong with becoming a tribute band and, yes, even profiting off it, provided that the necessary legal issues regarding copyright laws and trademark protections have been dealt with. In fact, many tribute acts have been hugely successful. For instance, The Bootleg Beatles have held their own tours since their establishment in March 1980, long after the original Beatles disbanded.

However, a common denominator among tribute bands is that the original band in question has often disbanded, stopped touring or is deceased. In MB’s case, EXO is clearly still active and touring, which might explain the offence taken on some fans’ part that MB can be seen as “passing themselves off” as the real deal, given the fansigns, merchandise and logo use, which exceeds the usual level of output by a cover band. In a way, tribute acts are often trading off the goodwill of the original act, and their popularity when the originals are long gone is more likely due to nostalgia, in which the latter clearly does not apply in EXO/Millenium Boys’ case. (Then again, with Kris gone, it can be argued that there is a case of nostalgia for the good ol’ days when EXO were 12…) 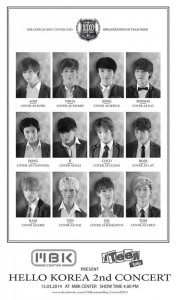 In any case, the Millenium Boys issued a 23-minute long apology video, and SM Entertainment also dropped its potential lawsuit against them accordingly. In it, the group clarifies that they have never been pretenders to the title “EXO-T,” that their sale of merchandise and organisation of fanmeetings were never intended for profit but merely to cover costs, and that they will cease using EXO’s logo or anything remotely similar from now on. They also explained the popularity of cover dance culture in Thailand, citing no desire to pass themselves off as the real EXO and that they are just average people living average lives, no more, no less. With that, the issue has been put to rest.

Perhaps the furor regarding the Millenium Boys can partly be attributed to the fact that while tribute acts already form a distinct subculture in certain genres of music, such as rock, it is generally a concept alien to K-pop. Of course, there are covers of artists by fans, and of artists by artists (cue the yearly cover of H.O.T’s “Candy” at the year-end Gayo Daejuns please), but dedicated tribute bands holding their own recreations of performances are generally unheard of in K-pop. Maybe it will grow into something bigger in future years, especially since the Millenium Boys were not charged by SM Entertainment, but given that K-pop already produces homogenous enough bands, the creativity and variation shown in fan covers might be preferable to additional doppelgängers running about. In the meantime, hopefully the only “EXO-T” that is going to appear in the future will be the highly anticipated, yet sadly still non-existent, subgroup “EXO-Trot.”