Cherry Filter Shakes It Up with "Andromeda" 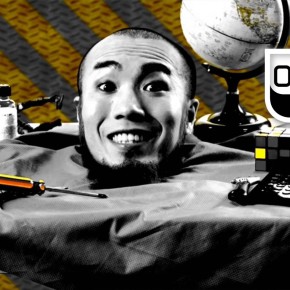 Rock-riffs, comic art, power-packed vocals, aliens and an uncanny resemblance to Japanese rock, Cherry Filter returns to the Korean rock scene after four years with the eclectic “Andromeda.” The song is not particularly spectacular, but it is unique in its ability to simultaneously have universal appeal and still stay true to its rock roots.

For someone who cherry picks indie groups because of her pedestrian inclination toward mainstream pop music, Cherry Filter’s “Andromeda” is perfection. It takes stock rock music characteristics that create a predictable trajectory but keeps the composition seamless. Cho Youjeen and Sonstar’s unusual voice quality adds the much-needed spark to the song. The instrumental is simple and neat and is almost anime OST material. Such songs are best supplemented by creative videos to make a lasting impression, and Cherry Filter does just that.

From the very beginning, the video seems fast paced, injecting an urgency missing in the song. The immediacy is inevitable since aliens (Cherry Filter) from Andromeda have landed on planet Earth to extend their hand of friendship. However, it shows frames of charts with clinical diagrams of “Experimental #1 Sonstar” followed by “Evidence #1” which has aliens exploring Mars. Clearly, this hunt doesn’t seem like an attempt towards a political friendship treaty, bringing us to the key element of the music video: irony.

While the song repeats with unnerving persistence “Earthlings, don’t be afraid,” our introduction to potential social outcast, Song Hojun, dispels any fear of the aliens and instead instills fear of mankind into the aliens. The human in the video is sinister, exploitative and absolutely ruthless as he captures these friendly aliens to conduct experiments on them. 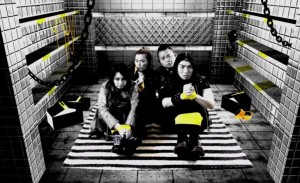 The ironic juxtaposition continues with comical flair as the aliens plead “No dissections allowed/(Please don’t be mean)” while the earthling hammers and drills through his subjects. He doesn’t stop at harming others but instead goes on to run repeated shockwaves through him. Taking the help of popular, problematic lingo, the term “psychotic” fits the ousted earthling quite well. However, the verse “Mayday, my broken dreams…” and “Oh, my universe…” with its decided lyrical shift along with relatively soothing vocals and lighter application of the guitar builds toward a context of the man’s rampant experiments and also toward the possibly broader message of the song.

When Youjeen talks about “broken dreams” and “My dream’s odyssey,” it seems as if it is Hojun talking and, therefore, mankind in general talking. Hojun finally finds salvation in the super guitar, symbolic of him conquering the world and overcoming his differences in his bright red shorts as he flies towards freedom. In all this fun, the main message of the music video can be construed as humanity’s struggle against the odds in life, trial of causing suffering to others for their own selfish benefits, and finally receiving enlightenment. It is a different issue that the enlightenment is achieved at the cost of a few alien mutilations.

But it can also be seen as any musician’s life as they struggle through failures and ineptitudes, figuring out their place in an industry that thrives on slashing throats. Let’s just say that despite all its implicit morbidity, the video is quite optimistic in nature because we all know what actually happens in the music industry.

Another interesting irony would be the members as aliens themselves. Despite the song being about aliens, sung by aliens and created by aliens, at the end of the day it is not the aliens we remember; it is bright-red-shorts-wearing guy on a helipad going “Pikachu!” on the whole world with his badass guitar that is etched in our minds. Interestingly, the styling of the members is such that even though they deserve our sympathy, it is difficult to feel bad for them for they don’t look conventionally pitiful, and definitely not when Sonstar sings. On the other hand, the guy we should be getting angry over is first shown as helpless, needy, as someone with “issues” even when he is committing brutalities and later is redeemed – he becomes the icon. One can debate over the correctness of such representation, but it does leave the audience in an odd state of ambiguity, a healthy, much-needed ambiguity. 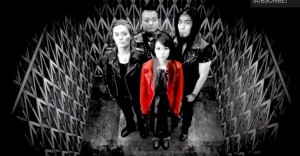 The visuals make the video sharper and crisper. The choice of comic art, carefully selecting certain aspects of it instead of a complete amalgamation, allows it to function in the realm of realism as well. A dash of well thought colours within the largely monochromatic video makes it pop even more, be it the red in the box or the yellow of the prison implying the illegality of the situation. These colours grab your attention and make you focus on single parts of the video instead of trying to grasp the whole video at one go.

While the song is simple in its composition, the lyrics and the execution of it through the concept in the video make it richly layered with several meanings and extrapolations. Manning the oars of both contemporaneity and esoteric rock culture, Cherry Filter’s “Andromeda” gets a 3/5.