Seo In-Guk Brings on the Whimsy in "Bomtanaba" 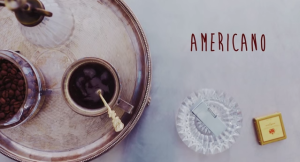 Seo In-guk’s latest MV is delightful. In a simple yet refreshing way, it takes familiar elements of MVs set to mellow songs such as “Bomtanaba”– coffee, colourful palettes, lots of light and space in the set– and combines them with a touch of whimsy in its animations to form an end product that does not necessarily push the envelope in redefining the MV genre but is nevertheless an enjoyable watch.

The overall aesthetic of the MV is that of clean edges, space, and colour. The colour varies in three different types of scenes– the over-saturated shots of different types of coffee, the softer, foggier scenes where Seo In-guk is singing, and the most muted palette in the scenes where he is lying sleepless in bed. The MV cuts through these three different types of scenes pretty rapidly and repetitively; but rather than being a weakness in its pacing, it actually turns out to be a strength.  Just like how the lyrics repetitively question “is it because of the caffeine or am I just really into you?”, the song gradually builds up to the singer’s ending realisation that “actually, it’s because i like you.” 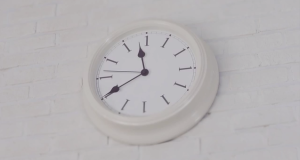 The animations are probably the star of the MV (besides Seo In-guk, of course)– they take what is a rather standard set of motions for MVs within this genre and elevate “Bomtanaba” to a more imaginative and fanciful take on an admittedly mundane subject matter. While the singer muses over his apparent insomnia after drinking coffee with a girl whom we see only briefly and vaguely, the animations dance across the screen to 1) inform the viewer just what types and how much coffee Seo In-guk has been drinking, 2) measure the time he has been sleepless and his caffeine level, and 3) illustrate how the ‘1’ of an unread Kakaotalk message haunts him in his sleep-deprived, keyed-up-on-caffeine state, compounded by the physical world around him suddenly containing a proliferation of ‘1’s from his manhwa to the clock on the wall.

Throughout the MV, Seo In-guk’s natural style of acting does a good job of anchoring the 3 minutes where the viewer watches him essentially do nothing but drink coffee and sigh at his insomnia, without having it descend into tedium. There is no explicit plot in the MV, but the scenes of the MV still reflect the lyrics well in gradually shifting from a series of questions/scenes to a final resolution where the singer finally answers his own question with a low-key epiphany that, yes, he does like her. The coda snippet features a now-asleep In-guk with a voice over between him and the unknown girl finally inviting him out for coffee; however, he declines, citing that drinking with her makes him unable to sleep, adding a touch of humorous irony to the MV because he is now asleep despite the previous insomnia. 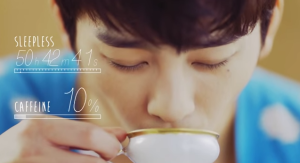 “Bomtanaba” ticks off all the boxes in being a well-made MV that complements the song that it is set to. While perhaps not the type of MV I would personally choose to watch over and over again just for the sheer enjoyment of it, its aesthetic is nonetheless pleasing to the eye and the experience of watching it leaves a pleasant, lingering aftertaste in one’s mind — pretty much like a well-made cup of coffee.