Recently, DSP Entertainment announced the Kara Project, a competitive program composed of DSP trainees. The program will allow fans a hand in choosing new members to fill the void of the ones who left. The departures of Nicole and Jiyoung has left an air of uncertainty over the group’s future, but only time can tell how well Kara 3.0 will go. With their impending new additions, it is surely going to mark a new era in the group’s history. There are now 3 Kara members that have since left the company: Sunghee, Nicole, and Jiyoung.  While all the Kara ladies have different abilities to bring to the group, these ex-members were actually my favorites while they were active. Let’s take a look back on the contributions of these ladies to Kara and what their current prospective careers might encompass. 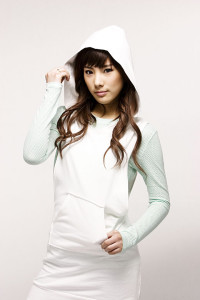 She debuted with Kara in 2007 as one of the power vocalists in the group. She added a strong vocal prowess that suited their older, R&B style. Kara’s image during their debut year was often compared to Fin.K.L due to their mature image and vocal focus — Sunghee would have been the equivalent to Ock Joo-hyun. This emphasis was on vocals and a stronger empowering image may have kept Kara in the shadows of their seniors as they had to work hard to differentiate themselves as not simply a Fin.K.L rehash. However, before that could happen, Sunghee decided to leave the group. Citing parental pressures because of the difficulties in adequately balancing schoolwork, religion, and her group activities, Sunghee left in 2008.

Her stage career may have ended, but since then, she has been a vocal coach to aspiring singers and trainees. She made another huge step in her life in 2011 by getting married to Yang Won-joon. She seems to be doing well in a post-Kara life that still involves singing, but without the burden of the idol industry. Since her marriage, there hasn’t been any real news on her present activities. At most, we can only look back on all those great covers she has sang while she was promoting with Kara. 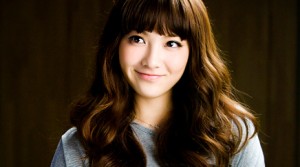 The youngest member in Kara when she joined in 2008, Jiyoung auditioned and was added to Kara’s lineup alongside Hara after Sunghee’s departure. Her first song with Kara “Rock U” showed a major change up in Kara’s image, emphasizing a cuter concept. With these two added to the lineup, Kara continued to amass greater popularity in Korea and Japan as a quintet. Jiyoung was important because she brought a youthful energy to the group which helped to sell their lighter concepts. Kara would go on to reach their first number one with the playful and cute track “Honey” in 2009.

After speculation on her impending contract expiration, it was announced earlier this year that Jiyoung would not be renewing her contract in April 2014. During her idol activities, Jiyoung had to balance being an idol student, attending the prestigious Sungkyunkwan University. When she left the group, she cited a desire to focus on her studies in acting , eventually moving to London to further her studies. Recently, she has been updating her followers on Instagram with her adventures abroad. 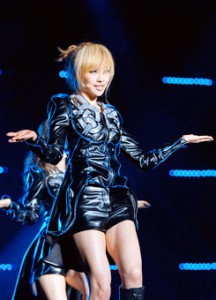 Nicole was one of the original four members of the group. She was an instrumental member that contributed in rapping, dancing, and vocals. She was also a visible member on variety shows and kept a rapport with many international fans. Nicole brought an edge to Kara. She attacked choreography with a ferocity and was pivotal to Kara pulling off darker concepts like “Lupin.”

News broke at the end of last year that Nicole would be letting her contract run out. She has been the most visible of the ex-members in publicizing her work outside of Kara. Notably, Nicole expressed interests in pursuing a solo career. Since then, she has signed with a new agency, and there were also rumors of her solo endeavors in the US. These reports were later retracted, and it was clarified that she will only be releasing solo material in Korea in the near future.  Her social media shows her collaboration with Luam. There have been a number of videos with Nicole rigorously practicing her dancing and artistic expression. In preparation for her solo debut, she has received mixed sentiments from netizens – with some questioning her vocal ability to pull off a solo venture.

These former Kara members all seem to be quite busy, all leading different post idol lives. Their prior contributions have helped to shape Kara during each respective stage of Kara’s history so far. While Gyuri, Seungyeon, and Hara have chosen to stay with DSP, these ex-members have decided to pursue other routes for their future. As their ventures continue– whether it involves family, acting, or solo pursuits, I hope they will have great success.

Which ex-Kara member was your favorite? Are you anticipating Nicole’s solo debut?