A Pink Bloom with "Pink Blossom" 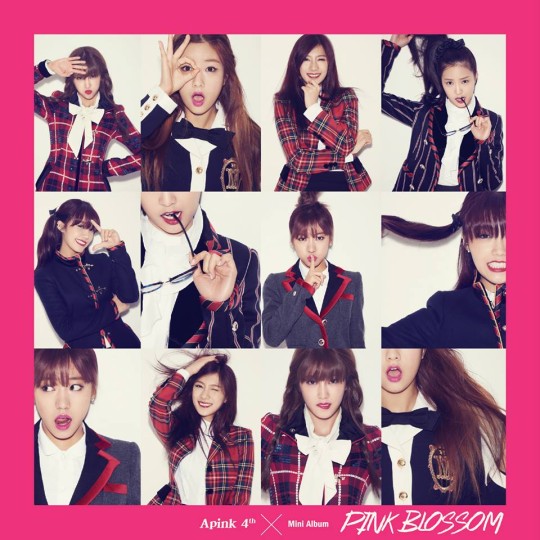 After three months of aggressively sexy concepts and mediocre comebacks by some of the bigger players in the genre, it is finally time for A Pink to start their promotions for the year 2014. About nine months after their last release Secret Garden, the group has come back with another mini album entitled Pink Blossom.

The poster and CD packaging confirm previous speculations that A Pink would return with a slightly more grown-up image. In the new pictures, the girls can be seen wearing darker colors (an absolute taboo with the previous saccharine image) and giving the camera much less playful looks then they used to do before.

Concerning their album and their further promotions, the interesting question for fans is: Can this new “maturity” also be seen in the group’s songs? Let’s take a listen!

The mini starts off with “Sunday Monday”, a song directed at a current lover; telling them how much they are loved and how the speaker wants to spend every day with them. With regards to the album structure, A Pink do something here which they’ve only done on one other album (Snow Pink, 2011) so far — they begin their mini album with a relaxed rather than an energetic song.

In the beginning of “Sunday Monday”, the listener mostly hears rhythmic guitar strumming. Then, around the onset of the chorus, a seemingly very typical orchestration with a main focus on the violins begins to play in the background. The song is a rather mellow introduction to the mini album, setting the scene for the next number, A Pink’s single.

“Mr. Chu” and it’s various variations, in total three of seven songs, is supposed to be the main star of Pink Blossom. In this song, A Pink sing about young love, the excitement this entails, and the wish for it to always stay that way:

“Listen to my wish, I hope an eternal love will come true
I hope this electrifying feeling never changes
Always look at only me baby”

The first version, and the song immediately following “Sunday Monday”, is “Mr. Chu (On Stage)”. This position makes sense, since this is the calmer version of the two. The members’ singing is accompanied by a finger-snapping sound which seems to underline the closeness to an acoustic version this song was certainly going for. Apart from that, there is, for lack of a better word, a constant electronic whistling sound in the background which is very reminiscent of older pop music. This version once again shows why A Pink are often likened to the early Girls Generation or even older groups like S.E.S.

The normal version of the song can be found at the very end of the mini album, only followed by the instrumental version of “Mr. Chu (On Stage)”. The normal version sounds a bit less electronic but has a lot more oomph, possibly due to the utilization of an electric guitar during the chorus.

The third song on Pink Blossom is “Crystal”. Sadly this is not an ode to the f(x) member of a similar name, but another love song praising the person who continuously shines on and supports the speaker. With it’s extremely repetitive lyrics and a melody which the listener has heard a thousand times already, “Crystal” is disappointingly forgettable. Which is why we won’t dwell on it any further.

Instead, let’s talk about “사랑동화”/”Fairytale Love”. This constitutes the first full-blown ballad on the album, and “Fairytale Love” is prime drama soundtrack material at that. The lyrics talk about a typical case of expectations vs. reality: The speaker imagines love to be as magical and larger-than-life as it is in fairy tales and therefore only complains throughout their whole relationship. Now, after having lost their lover, they realize what a fool they were and wish they could get their lover back.

The song does a good job at showcasing the stronger voices in A Pink while once again relying on a soft guitar and a melancholic violin sound. Being placed at the center of the Pink Blossom tracks, “Fairytale Love” is definitely a highlight of the mini album. 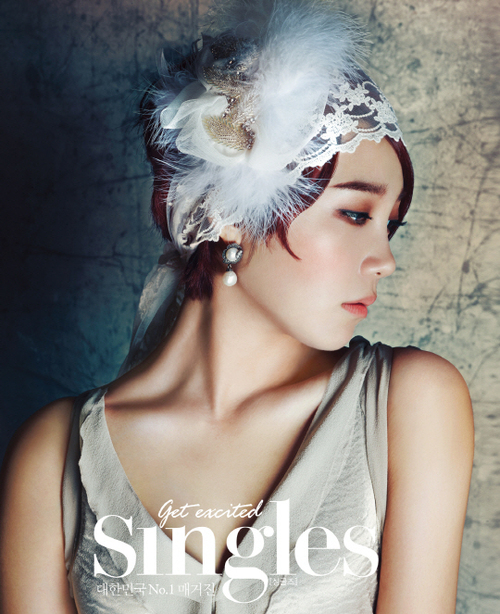 Continuing in a similar fashion, the following song “So Long” also deals with lost love. In this case, the speaker was too shy to confess to their childhood friend at a young age and still regrets that decision. In contrast to the previous song, “So Long” could be classified as a pop-ballad because of its more pronounced and slightly faster rhythm. There is also a more prominent use of the piano, but “Fairytale Love” and “So Long” are essentially very similar songs. The listeners have to decide for themselves whether they appreciate the placement of these two songs right next to each other or not.

Overall, Pink Blossom gets a 3 out of 5. A forgettable filler track like “Crystal” is balanced out by the greatness of “Fairytale Love”, and the rest are pretty much typical A Pink songs with a slight tilt towards a more mellow direction than their previous records.

With melancholic songs like the two ballads, the group seems to consciously steer into a more mature direction. Yet they’ve maintained their signature sound, and fans will be happy to hear every member’s voice showcased in this mini album.