Ugly Pumpkin Charms With "From Yesterday" 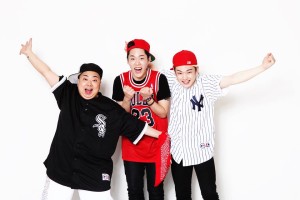 Just in time for spring, a new bubbly love song has arrived. New hip-hop trio, Ugly Pumpkin, has made their debut with “From Yesterday.” Unlike the typical cutesy pop love songs we expect during this time, OmTae, Shahgoon, and Wormboy deliver a bright song with a hip-hop flair.

Since spring is the season of love, apparently, a song about an instantaneous crush would be fitting. The members have developed a crush, and from yesterday, they are intent on making the crush their girlfriend. Despite wanting to keep some modicum of self-respect, the express desires for picnics and hand-holding, and being unable to control their emotions. In a true sign of manhood, the guy even wants to hold the girl’s purse.

From the very first note, “From Yesterday” is light and airy. It almost has a reggae-punk feel, which draws you into a world of happiness. The instrumentation is clean, with simple drums beats and piano. The surprise is the inclusion of an organ. We don’t normally hear such things in a non-ballad track. However, the organ doesn’t drag down the song or make it heavier. The lighthearted groove makes your head bob and puts a smile on your face, without even knowing the meaning of the lyrics.

While some may pan this as “uninspired” or “low budget,” the MV for “From Yesterday” is nice in its simplicity. No crazy sets, no forced choreography, no making love to the camera. It’s simply three guys being, well, guys visiting various places around Seoul. They play on rooftops, walk along the Han River, and fool around in the studio. While not respective of the lyrics, the choices for filming fit the relaxed aura of the song.

The highlight scenes are those from the store. These are scenes of just silliness: Shahgoon riding around in a grocery cart and rapping to a bear; Wormboy rapping to dolls; and wearing masks while playing with claw grips. It’s cute chaos, with adults acting like they did as children. Being backed by a song about dating makes it an interesting juxtaposition. Ugly Pumpkin isn’t singing about immature love or crushes, but yet act in, what some would say, an immature manner. 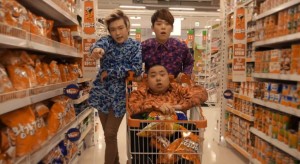 There isn’t even any girl in the MV, which I’ve complained about before. It does take a little bit away from the song’s narrative. But, their crush could literally be any girl on the street, or multiple girls they’ve met, so it works in a way. At least it’s not one girl being stalked by three guys, right?

In a world where we have gimmicks revolving around girls being models, beauty queens, and such things, it’s a bit odd to see a group like Ugly Pumpkin. Even amongst boy groups, we are constantly bombarded with the “visuals” and those that are current and former models. Ugly Pumpkin has seemingly embraced their lack of idol-like visuals. Even the stage name of Wormboy rejects any sort of attractiveness. It’s so refreshing.

Before there’s a slew of “It’s rude to call them ugly” or similar comments come into people’s thoughts, this is not saying that the members are unattractive. They are very cute, from my perspective. However, this is K-pop we’re talking about, sadly. Plastic surgeons rate who they think have the best faces and idol images are used to pick out what is considered attractive. It’s a world in which guys are under pressure to drop lots of weight to even be a trainee. Ugly Pumpkin bucks the trend and really seems to come just as they are. They aren’t all tall, model-like beauties, wearing designer duds to please the eyes of the masses.

The inspiration behind the group’s name would be interesting to know. There is the story of the Ugly Pumpkin, which tells the tale of a pumpkin being rejected based on its looks, only to be accepted as a squash. Also, in Korea, “pumpkin” can be used when calling someone “ugly.” Either way, the group is clearly pointing out issues with attractiveness, whether their own or society’s.

While there may be comparisons with other hip-hop trios, like Electroboyz and Airplane, the group’s visuals voices are unique enough to set them apart. Their flow also will make them separable from similar counterparts. 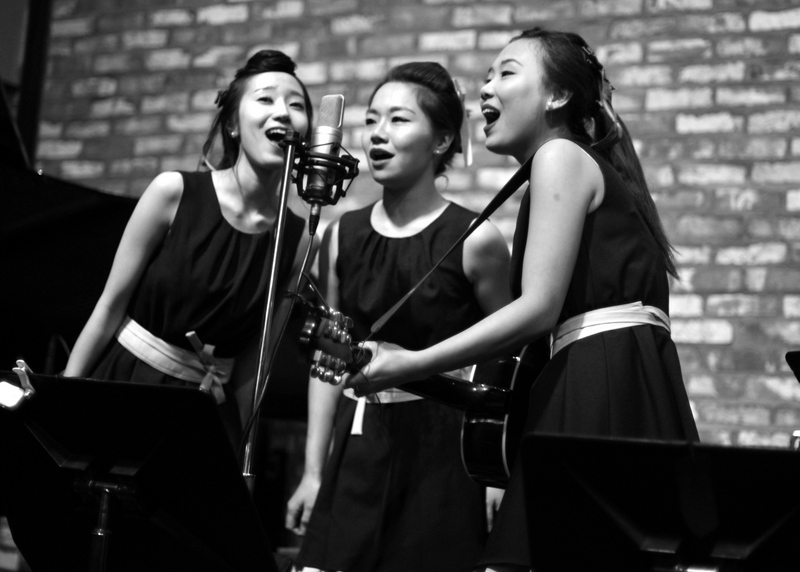