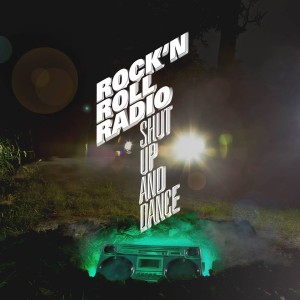 Welcome to another edition of Indie Gem! In our last feature, Miyoko introduced the group Jambinai, who performed at the ever-popular SXSW. The band for this week’s Indie Gem, Rock ‘N’ Roll Radio, also performed at SXSW. They released, last year, their first full album Shut Up and Dance.

Rock ‘N’ Roll Radio’s style is energetic and the group’s music is heavily influenced by British rock. Their style features traditional elements of rock that are given a modern spin. Listening in, one will discover layered vocals, synth elements, and more.

Shut Up and Dance is one of the strongest debut albums I’ve ever heard to come from a Korean band, and it definitely deserves the accolades it has received. Below are some of the highlights of the 14-track album.

The album begins with “Red Moon,” an instantly alluring track that sets the tone with its electronic synth elements. It serves as a fitting introduction to the band’s brand of traditional rock and electronic music .

With a toned down vibe, “낸들 어쩌겠어요” expands with gradience to highlight Nae-hyun’s vocals. The drums can be heard better on this song than most on the album, yet they never overpower the guitar or the vocals. This balance is something that Rock ‘N’ Roll Radio does well.

The band’s vocals also make the highlight of “Mr.,” but the track is rendered at a higher pace than “낸들 어쩌겠어요.” The incorporation of the guitars especially works on this song, as it adds to the upbeat pace and provides the tune’s melody in place of vocals at times.

The beginning of “You Never Know” sounds like it could be a Glen Check song. However, with progression, it becomes more evident that Rock ‘N’ Roll Radio owns the song, and that it fits into the mold that is Shut Up and Dance. “You Never Know” is busy without sounding frantic, and the sudden ending, devoid of instruments, plays on the listener’s expectations of the continuing fast-paced guitars.

“Breakdown” deserves airtime on an alternative rock radio station. This isn’t due to the use of English — Rock ‘N’ Roll Radio mixes Korean and English throughout the album — but rather because it has a low-key sound that would fit easily into the early-2000’s alternative rock scene. The sweet harmonization throughout the song also adds to “Breakdown’s” charm.

With a pronounced use of cymbals, “You and I” acts a departure from the the rest of the album. The bass is also best heard in this song; it serves as an interesting complement to the electric guitars. Toward the end of the song, though, “You and I” regains its Rock ‘N’ Roll-like quality before winding down. For those who like the first few tracks, “You and I” may not be the most appealing, but it’s still worth a listen.

“Shut Up and Dance,” with it’s layered guitars and traditional rock bits, is my second favorite song on the album. The vocals start off as robotic, authoritative and almost empty of emotion, as if the words are a warning in song. However, the group’s regular vocals resurface, highlighted by the drums and cymbals. The tune would make a great party anthem and I’m surprised there aren’t any remixes of it yet.

“Neverland” is even more subdued than “Breakdown,” and it takes a melodic turn with the addition of another voice. “Neverland” is content with letting the instruments take the listener on a peaceful ride alongside the drawn out vocals.

“눈동자,” the last song on the album, comes out and grabs me immediately with its use of clapping. The song is happy and fun and every part of Rock ‘N’ Roll Radio shine — the drums are audible, the guitars switch it up, light synth elements are present, and the singing is the most interesting and pleasant of the whole album. The ending is spunky and all this combined makes “눈동자” my favorite song. The only downside is that it ends way too soon.

14 tracks is a lot for any album and it’s too bad there isn’t room to talk about every song on Shut Up and Dance. Not mentioned in this Indie Gem are the tracks “One Week,” “Because of You,” “Ocean,” “날 도와줘요,” and “불빛 아래서.” If any of the above tracks have taken your fancy, I highly recommend checking out the ones that I’ve left out.

Shut Up and Dance is definitely worthy of it’s name, as the album is a dance-tastic piece of art that has set the bar high for Rock ‘N’ Roll Radio. The songs are face-paced and euphoric, while still remaining distinct from one another; there’s no way to praise this album enough. Rock ‘N’ Roll Radio are currently on tour in the US and if you can catch them live, I promise you won’t regret it!