An Actor's Guide to Becoming the Male Lead, Part 1 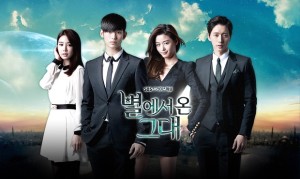 Another K-drama has come to an end. You From Another Star finished its 21-episode run on February 27, leaving fans of the drama wondering what else they could possibly do on future Wednesday and Thursday nights (or, for international fans who must wait for subtitles, the following mornings/afternoons). Although main leads Kim Soo-hyun and Jeon Ji-hyun haven’t confirmed their next projects yet, Park Hae-jin, the second male lead, is preparing to begin filming for the upcoming drama Doctor Stranger.

Park Hae-jin has been in the industry since 2006 and he’s acted a handful of dramas, including East of Eden and My Daughter Seo-young. Perhaps because he never really became a household name in Korea, he also forayed into Chinese dramas, playing the lead in a few of them. Fortunately, the spotlight has finally landed on him in his home country. 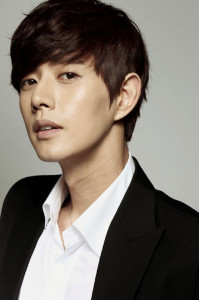 As his character in You From Another Star, Lee Hwi-kyung, developed on air, Park Hae-jin was high up on the nomination list for the upcoming manga-based dramas Nodame Cantabile and Cheese in the Trap. While the public engaged in these discussions, his management company, WM Entertainment, confirmed his lead role as a genius Harvard-trained doctor in the new SBS medical drama Doctor Stranger, opposite Lee Jong-suk.

In addition to filming, he’s also busy picking out a suit for the 4th Civil Public Welfare Awards in China as the first foreign actor on the guest list, preparing his own brand launch in China with renowned designer Mark Cheung, and lending his voice for a documentary on hidden heroes in society with You From Another Star costar Yoo In-na, not to mention continuing commercials and other promotions all over Asia. There’s no need to guess how packed Park Hae-jin’s schedule currently is, and I’d gladly congratulate him for all his hard work.

Now, let’s take a look at the ways Park Hae-jin and other actors rose to the top. All striving actors, take note!

1. Gradually make your way up through a supporting role 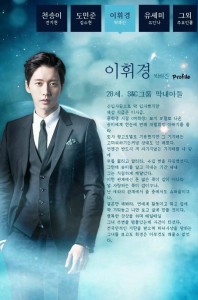 This is precisely the path taken by man-of-the-moment Park Hae-jin. Any episode of You From Another Star will show you that Park Hae-jin’s character, Lee Hwi-kyung, is the perfect childhood lover whose unwavering love has remained pure for 15 years. Soaring above the popularity of any of Park Hae-jin’s previous roles, Lee Hwi-Kyung has even caused fans to abandon Kim Soo-hyun’s 400-year-old alien Do Min-joon (or simply leave him to Chun Song-yi) and trend the tag #getmarriedwhenyoumeethwikyung# on social media sites such as Weibo.

In addition to being the ultimate friend, protector, and lover, Lee Hwi-kyung also gains much pity. With an elder brother who’s a ruthless murderer, he has to make the difficult decision between family and justice. He also never gets his own happy ending, only remaining as a faithful friend to Chun Song-yi in the finale. Audiences obviously both love and sympathize with him, and this affection carries over to the actor portraying the character as well. Of course, any actor who’s capable of inducing such fondness must have some impressive acting skills too. 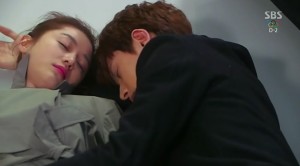 Interestingly, though, Park Hae-jin originally began filming the drama as his character’s older brother (aka the sociopath). I can’t help but wonder if he would be as popular now if he had stayed with that role. Probably not.

2. Become a singer-turned-actor (and hopefully have some decent skills as both)

Lee Seung-gi has been a household name in Korea for a while now. Even though he debuted as a singer back in 2004, he has numerous drama awards under his belt. Brilliant Legacy, also known as Shining Inheritance, is undoubtedly the drama that secured his status as an actor. At the time of his casting, Lee Seung-gi had appeared on TV through variety shows and sitcoms, causing only a limited number of people to trust his acting skills. However, Brilliant Legacy secured a whopping 47.1% viewer rating for its finale and gave Lee Seung-gi three awards at the 2009 SBS Drama Awards. In the years that followed, with the exception of 2011, Lee Seung-gi has continued to star in a hit drama each year. This year, he’ll start filming in a month or so for the SBS police-themed drama You’re All Surrounded. 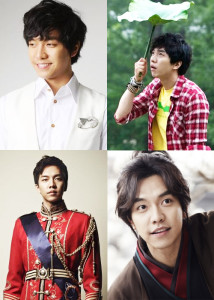 The only problem with this strategy is that you probably have to own an amazing singing voice too. Without some success in the music industry, you wouldn’t be offered the chance to appear on variety programs or play a supporting character in sitcoms. Then, naturally, you would never be able to secure the male lead in a drama either. There’s also a pool of idols-turned-actors who really can’t compare to Lee Seung-gi’s skill and success. But if you do have a good voice and can act too, follow his footsteps and perhaps you’ll be able to transform into a successful singer, actor, CF king, variety star, awards host, and even Yoona‘s boyfriend.

Honorable Mentions: Kim Chang-wan (for viewers of You From Another Star, he’s the BFF lawyer!), Seo In-guk, Kim Dong-wan

Perhaps you’ve noticed a trend among lead actors — they tend to be quite attractive. (You could classify all of the actors mentioned so far into this category as well.) Lee Min-ho beat out an uncountable number of young hopefuls for the role of Gu Jun-pyo in Boys Over Flowers, and I bet his looks must have played a part in the casting crew’s decision to choose him over another actor.

Rather than having appearance be one way to become the male lead, however, maybe it’s more appropriate to label it as a (usually) necessary condition. It’s hard for me to think of a drama off the top of my head that has a main character whom the general public wouldn’t call “handsome” or “pretty.” And there are definitely some actors who I’d like to see step into the spotlight more, but probably can’t do so because of their appearances. 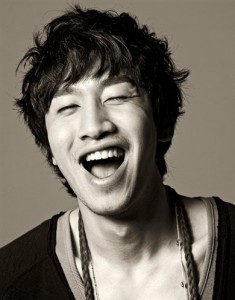 For example, Lee Kwang-soo is a brilliant actor who made me laugh in City Hunter and cry in Nice Guy. (Technically, he should probably be listed under the 1st category with Park Hae-jin, but I’m trying to make a point here.) His more recent characters have had more impact, but the only lead role he’s scored since his 2008 debut is voicing for the animated movie Maritime Police Marco, where his real self doesn’t appear onscreen. Lee Kwang-soo’s most notable show is indisputably Running Man, but when this variety show first began, the members joked that he’s a stark contrast to Song  Joong-ki, who’s a friend of the same age. Fortunately, he just began to shoot a new movie, Good Friends, in which he’s playing one of the main roles, and hopefully more talented actors who don’t follow the traditionally handsome label will be given the chance to do so as well.

Honorable Mentions: Won Bin, Jang Geun-suk, pretty much most of the lead actors out there

There are of course many other ways various actors have managed to claim the lead roles in their dramas. You could always take the unconventional route and just hypnotize the casting staff to hire you, but then you’ll have to go into the trouble of  hypnotizing all the viewers through the small screen if your acting really isn’t up to par. How would you secure your lead role?

Don’t worry if you can’t find a way to secure your big break here. Stayed tuned for part 2 of this guide to find out more ways you can become a male lead!