Dare to Reveal the Truth: Ga-in and Everyday Violence 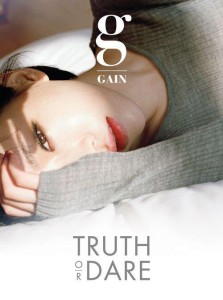 “Just living; isn’t it all acting?”

The concept of violence has long been considered as a monolithic institution involving only physical and — much more recently — sexual violence. The idea that harm is done only when there is tangible evidence in the form of some physical deficiency reduces the concept of violence to dangerously narrow confines and systematically disregards and demeans other variants of violence. This act of disregarding, of declining the presence of intersections in violence is a violent act in itself; it involves killing identities and experiences.

Ga-in takes up this concept of violence and represents it in its morbid colours first in “Fxxk You” as physical, emotional and sexual abuse, injecting the MV with the violence of language in its very title. She then extends it, exposing its deeper, less explored, and often dismissed layers in “Truth or Dare” by introducing the normalized violence of verbal assault and by extension, visual assault. Here, verbal assault doesn’t refer to violent language (“fuck,” “screw,” “kill,” etc.) but a discourse which has been designed over the years to invade and instruct.

The MV opens with Huh Ji-woong saying, “I’ve heard about Ga-in from different kinds of people” setting the premise of the MV — creation of, assault on and a conflation of multiple identities — and from then onward, begins a barrage of accusations against Ga-in by various people often bordering on speculations. From being called crazy (even a wild dog) to a flirtatious woman with questionable moral values, there is a repeated construction of identity and interpretation of the same identity by various people (predominantly men) who problematize every image of Ga-in as not fitting their standards of ‘normal’ women. Halfway through the video, one is left feeling that Ga-in is just an amalgamation of negative values and is someone better avoided. This naturalization is facilitated by Ga-in’s very brief appearances in the first half of the mockumentary, having no substantial voice, which majorly helps in reinstating the negative stereotypes.

The actual song begins after the slanderous gossip becomes the context; the song through its witty and mocking lyrics attempts to reply to the vilification with an attitude of amused indifference. Inciting her perpetrators to “make it loud, make it more, make it hot,” Ga-in resorts to chastising them as if their acts were too childish to be taken seriously. It comes off as strong and powerful and from the negative stereotypes we were fed in the first half we are slowly pushed towards condemning banal and petty gossip with the old adage acting as a corrective to conditioning: An empty mind is a devil’s workshop. 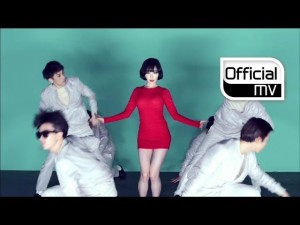 However, it is not a neat picture of empowerment. As the contrast and conflict between the text and the context continues, one realizes that merely knowing is not enough; one needs to take affirmative action against it and the lack of such an action makes the MV an uncomfortable replica of everyday reality, of everyday  violence. Ga-in states in her interview that the song “talks about ordinary things that can happen to ordinary people” and she couldn’t have been more correct about it. She uses her celebrity status to exaggerate and magnify the subtle violence faced everyday by everyone.

The concept of self-fashioning has been prevalent for ages. People choose to fashion their identity around a certain set of values but often for women, such a fashioning becomes a Sisyphean task because no matter what they do they can never get it right. Slut shaming, body shaming — women shaming, has been a popular fad amongst both men and women. Think Hermione being considered annoying for being assertive, think viral Pantene advertisement, think girl groups adopting aegyo to fit in and then bashed for the same —  all identities fashioned are judged and labeled, often compelling women to create more identities. What you get in the end is an overflow of innumerable identities or worse, a monstrous amalgamation of all the identities. The MV gravitates towards the former. 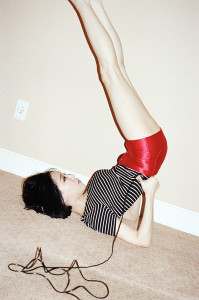 The most prominent aspect of the MV apart from the slander is the gaze. The very notion of the gaze brings in a well-known and well experienced theme of power politics. It begins with the hairstylist commenting on her greasy hair, the reporter commenting on her ‘size’, her band members stressing on Ga-in’s need to emphasize her breasts and most importantly, the photographer talking about her bodily proportions. These cuts which almost feel like a behind-the-scenes of sexual objectification reach heights of discomfort towards the end during the photoshoot. When Ga-in naively asks, “Will people like it?” it is evident that she too has naturalized the popular discourse of objectification and has planted herself as the object in it. The act of self objectification and narcissism is also a constructed identity which will soon be up for slaughter as people conceive it to be a reflection of her true identity. The corset also functions as a tool for sexualization but the act of tightening it until she suffocates also works a corrective restraint on her constructed sexuality.

With several identities cropping up, with the song negating those identities and Ga-in’s reluctance in answering the accusations, we are plunged into a dizzying confusion of blurred lines. The whole video then seems like a chaotic congruence of prevarications and the “truth” which Ga-in mockingly asks whether we want to know or not seems like a blob of abstraction.

This dizziness is perpetuated further by the structure of the MV itself (a one-on-one with Ga-in is inscribed within a photoshoot, the interview is inscribed within the documentary with the song and dance as the aside, all within the broad compass of the MV), the disjointed dialogues (someone’s comment is shown as a continuation of someone else’s) and by the space within which the MV is set. The green room, the company office, and the room where the photoshoot is done may seem like public and professional spaces but are in fact, at the juncture of public and private, personal and professional. The Brown Eyed Girls may be a sisterhood of unceasing loyalty but they are also artists trying to make an individual mark; the company may be one big family to the public but their end motive is to mint money and also be the sole controllers of their idols. Hence, there is a conflation of the private and the public identity and since everyone fails to perceive the ‘real’ Ga-in, she conditions herself into silently accepting the indirect verbal assaults while simultaneously creating a profusion of identities, gradually losing her ‘truth’ under the monument of facades. 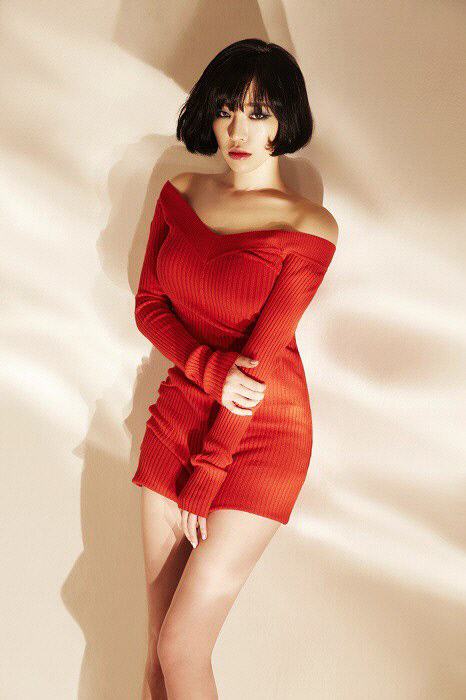 “There’s nothing I like,” she says towards the end, “All of it.” While this feels like the moment of truth it is brutally undercut when “Ga-in concept” follows it which makes us believe that she too has become a victim of the mind numbing chaos, so much so that even what she conceives as reality is just another concept. Ga-in’s concept isn’t even her own concept knowing how there is an army of people in the company who strive hard to create attractive, even deliberately controversial concepts for idols often to titillate viewers.

The violence of killing identities renders people with limited agency because when they try to uncover their ‘true’ self, they realize that they have come too far and the “truth” only seems like an obscure past. That is what happens with Ga-in as she never actually reveals what is the truth neither does she give any strong hints towards it. The refusal to take off her sunglasses exemplifies it as she believes in deflecting the gaze, not answering it or maybe she is unsure of which reflection she’ll be staring at from the massive collection of identities she has been compelled to create. She defines herself by negation — I am not what I am — but that does not help ground her true identity.  The whole video is oblique, both in terms of execution and deliverance. There is no confrontation, no desire to clear confusion, and no attempt to put a stop to it, no attempt to assert her identity, whether constructed or otherwise. It is shrouded in ambiguity and excessive malleability.

What starts out as relatively light-hearted turns grim towards the end because once we start believing that the MV is about us, we realize that even we can’t define our ‘true’ self. But is it that important to know our ‘true’ self? Ga-in thinks it’s not, which is where the concept of ‘Dare’ comes in. While open to other interpretations, I think it is not the true self we should be seeking for but rather we should dare to validate our current self as the truth, to create our own truths, to create our own identities not as a reaction to vituperative attacks but as a celebration of agency. 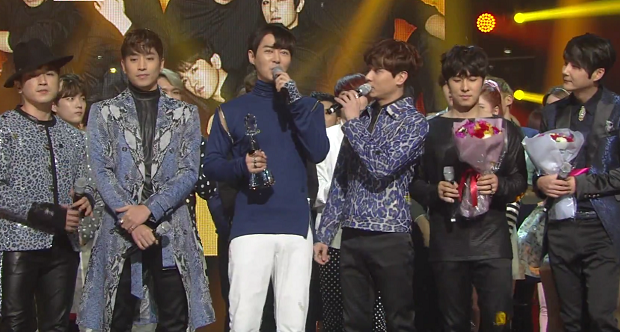