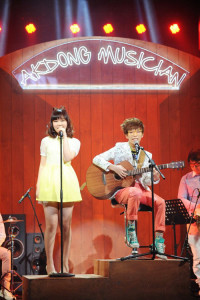 After months of waiting, YG Entertainment has finally announced the debuts of both Winner and Akdong Musician. While both groups have released digital songs, neither has had an official debut. Thus, their upcoming February debuts will be highly anticipated.

Brother and sister duo Akdong Musician will have their debut on K-pop Star, the program that catapulted them to fame. The two were known and loved for their original and creative songs written by Lee Chan-hyuk and sung by Lee Soo-hyun.

Winner first appeared as Team A on YG’s survival debut show Who Is Next: WIN and received their name of Winner after being the group selected by the public to debut. Winner is currently busy opening for Big Bang on their Japanese tour and filming their reality show Winner TV. Winner will release their mini album in February once the show concludes.

Of course, YG Is infamous for announcing comebacks and debuts and not following through so the lack of set dates is cause for concern. Hopefully, though, both debuts will proceed as planned and satisfy the numerous fans eagerly awaiting these debuts.

Which debut are you excited about?