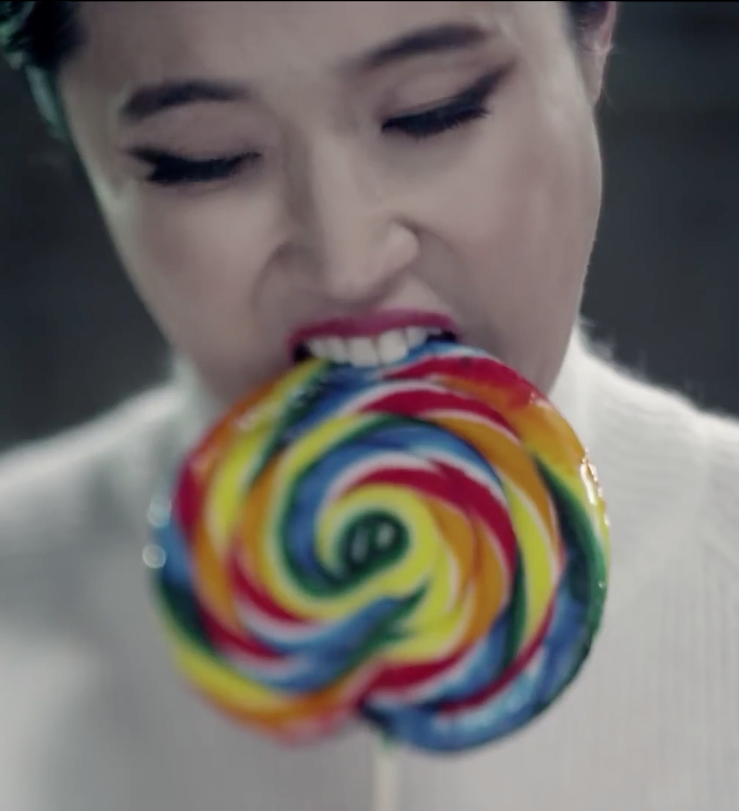 Joining in the new year releases, F.T. Island’s Seung Hyun and comedian Song Eun Yi have joined forces to create a duo called Two Song Place for a new single called “Age-Height.” While it does have a light beat and a playful (and hilarious) music video, the lyrics take a look at some of the standards placed on the women in the dating game (specifically in the chorus, age and height). While this isn’t the first song to tackle the subject of what really counts in dating, the parodies seen in the video really help it stand out from the crowd. The catchy beat and fun video will have you watching it on repeat, even if it’s just to catch what videos were used and what celebrities decided to make a cameo.
The video starts off with the two main acts and the iconic opening scene of EXO’s “Wolf” video. It quickly flashes through the video motifs to be sampled. Almost like a “best of” compilation, we see glimpses of Sunmi’s “24 Hours”, Miss A’s “Hush”, 2NE1’s “Missing You”, Trouble Maker’s “Now”, and EXO’s “Growl”, just to name a few. It would be easy to watch the video just for the spoofs, but it’s really quite impressive. There was great care taken into each scene and their style. From the costumes to the lighting, nothing was left out. While some liberties were taken with the dancing, it still does a fabulous job paying tribute to each music video. 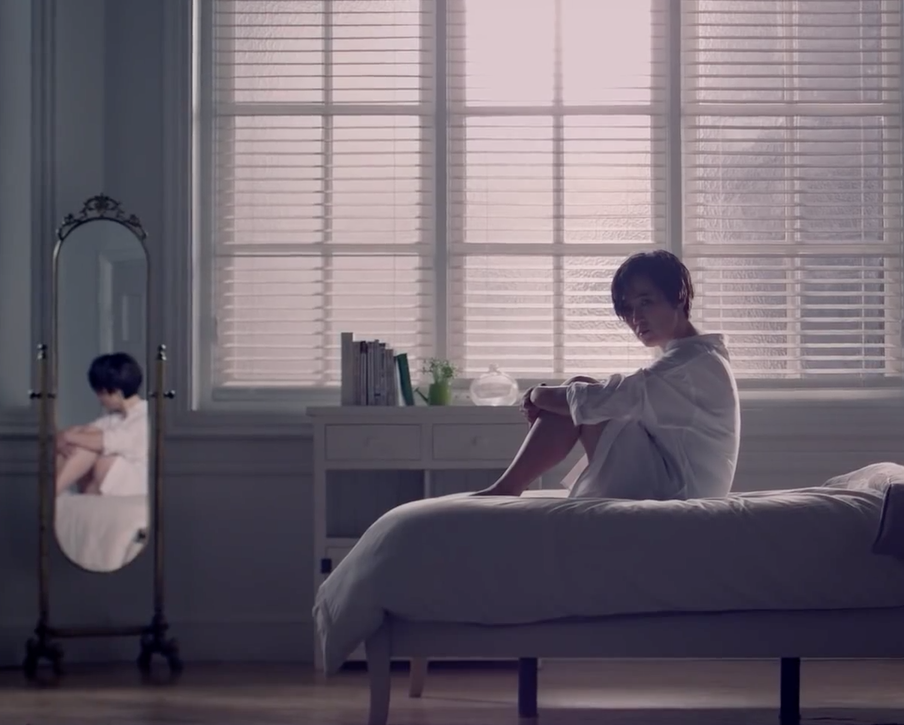 The pieces of the video that impressed me the most were the “Hush,” “24 Hours” and “Growl” scenes. These videos had very distinct lighting and camera techniques. “Growl” had the one continuous shot used in the video and the dim lights, which they followed flawlessly. “Hush” and “24 Hours” had similarly distinct lighting. From the back light in the warehouse and the setting sun used from 24 Hours, the quick transitions didn’t lead to sloppy treatment of the videos.

When it comes to the selection of videos, it’s easy to see that no “funny” videos were used. All of the videos originally had plots (disregarding the “Growl” dance video) and lyrics about love, be it unrequited or simply painful. If we wanted, we could look at this as an example of how pointless those physical characteristics are in love when much deeper issues come to the heart of the matter, but it could also just be a fun coincidence used for juxtaposition with the song for comedy’s sake. 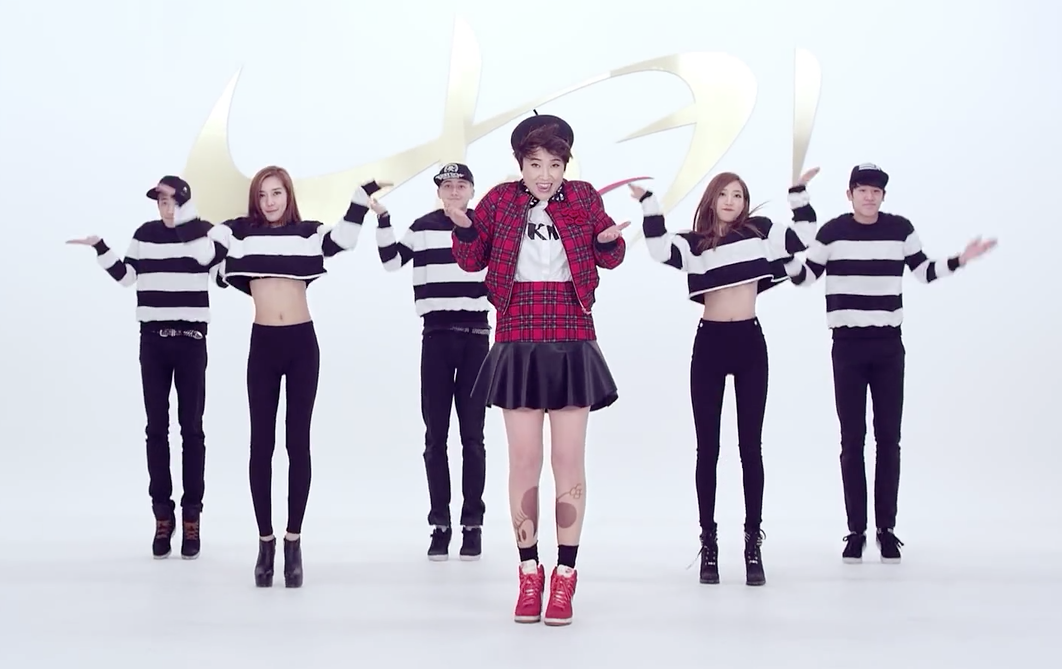 The choreography for the main part of the song is very simple. It’s not a bad thing, as a dance that was too complicated could have taken away from the other aspects o the video, and wouldn’t have matched the light feeling of the song. While it is talking about a subject that many women deal with, the light tone given to the overall subject could show how unimportant the criteria is when it comes to love.  The light shoulder shrug really helps this point, and the simplicity almost has a Crayon Pop  feeling. It makes the song easy to sing and dance to for idols and us regular folk.

I really liked this song. It’s very catchy and is an easy listen. The dancers and other stars used brought a lot of energy to what could have been “just another music video” and as fans of the groups parodied will be pleased to see that each video was given justice. For all the attention to detail, and a wonderfully catchy song, I give this video a 5/5.

What did you think of the parodies? How many music videos can you pick out?