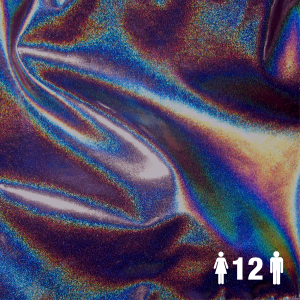 Welcome to the first K-pop Indie Gem of the year! As always, we bring you the hidden diamonds in Korean music, and this week we’re covering a “new” electronica duo, Saram12Saram. The pair, consisting of Park Eunchurn and Zieum, have been performing since 2012. Their debut EP, Raindrop Cloud Typhoon and the Sun, was released in December 2013.

Much like Yukari, who they often perform with, Saram12Saram’s repertoire has an echoing, ambient vibe to it, but with a glittery spin that anchors the work. Saram12Saram tends to get a bit repetitive with its underlying musical structures — they stick to the tried and true tonal progressions (see a more detailed explanation here of the group’s musicalities) — but are seen as very much the opposite due to the different thematic overlays in their compositions.

I want to start out with the song “Those Days (feat. eAeon)” because I think it really serves as the defining track in Saram12Saram’s music. Most of the electronic pop I’ve come across tends to fixate on laying a mishmash of musical theatrics above directionless droning, but Saram12Saram builds their music melodically — over directionless droning. “Those Days” is very wispy and melancholic as a whole, but it’s easy to see two distinct melodic waves forming the song, and building from a depressing state to a hopeful one. That thematic consistency is central to Saram12Saram’s sound, because without it, most of their music becomes mindless.

The title track, “빗물구름태풍태양” (or “Raindrop Cloud Typhoon and the Sun”) is very grounded, with a sharp, clear pulse that is followed by a complementary melody. I really like how they focused on making the vocals clear, with a slight ringing quality, which is exactly parallel to the pulse. By making the drone and the melody essentially the same, the song becomes a matter of the rhythm section: the scratches, the echoing drums, the slight variations of the grounding pulse.

“More Story” feels like a continuation of “빗물구름태풍태양” — if the latter were an introduction, then the former would surely be the exposition, with rising action and climax all wrapped up into one — and in essence, the one that carries “more story.” While this is all obviously my speculation, the interesting aspect of “More Story” is that it heavily contrasts the rest of the album in tone. It’s very vibrant, dynamic, and very structured. It’s almost the antithesis of “Those Days,” and its grand contradiction can sometimes lose listeners. As for my take on it, this song is actually one of my personal favorites, because of that warped “existential” nature. Simply put, “More Story” is half-way between psychedelic and spacey. (Yes, the difference is very subtle.)

“Wind Blow” has this really great cyclic melody the captures “wind blowing” with a nice edge, to keep it interesting. Arguably, the song gets boring when the vocals are almost monotone, but I think that like with “빗물구름태풍태양,” the key to enjoying “Wind Blow” is setting your mind on autopilot and letting your subconscious trace the differences through the song. They’re there, trust me. It’s just a matter of whether you’re willing to let yourself go to find them. The more you think about “Wind Blow,” the more cohesion you’re going to find — and counterintuitively, that cohesion is bad for the listening experience. 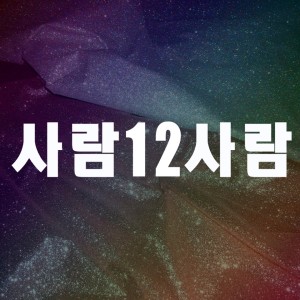 As for the last song:

“‘The Grave’ sounds really similar to ‘Wind Blow’ until you realize it actually is different, and then you sit and wonder if the whole album sounds the same and…”

If you get that feeling at any point in this album, just stop. Stop, and let yourself breathe.

I sound like a broken record, but after grappling with that issue myself, I really think that it’s important to let all inhibitions go with this EP. When I listen, I kind of just let the similarities between tracks build into one grand statement and engage myself by deriving my own threads.

Admittedly, the existing connectivity between each individual song is really uncanny, because the general assumption is that no one wants to hear the same song over and over again. While this is still true, there exists a nether land — a place of almosts and not quites and kinda sortas, and to me, Raindrop Cloud Typhoon and the Sun is the expression of being neither here nor there. It’s a frustrating state of mind for sure, but I think there’s some beauty to be found there too. I like to think of it as the manifestation of the “12” between the “saram,” the people. If you chance upon that fragile sculpture in this album, the passing frustration will be totally worth it.

In short, Saram12Saram is quite the gamble; some may fall in love with its ambience, others may loathe its psychotic mundanity, and it’s totally possible to end up somewhere in the middle. Whatever the result may be, I hope that you’ll give Saram12Saram a chance — and let us know what you think in the comments!