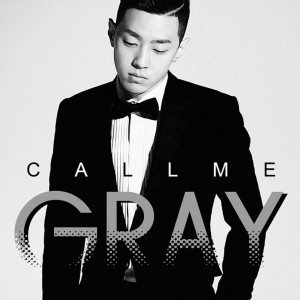 Indie has been a greatly disputed term for quite some time. With changes in music production and frequent misuse of the word, it’s not much of a surprise. For some, though, indie remains a straightforward word with a clear definition regardless of what others say or think. For others, myself included, it may be a tad more difficult.

Instead of being dogmatic, let’s appreciate that trying to define the term is a direct result of interest in the artists who comprise the category. If you’re reading this now, you must be interested in indie music, be it new, passing, or invested, and that’s the important part of this. Here are your choices for the top indie releases of the year and the extra attention they merit.

Everyone’s unsurprising favorite is the impossible-to-hate Nell. The four-person progressive rock outfit may no longer be indie in the strictest of definitions — they’re currently under Woolim Label — but we can’t deny their roots. This is also why they’ve been planted firmly in the indie category for so long despite their longstanding popularity. Your favorite was none other than “Ocean of Light,” the leading single off their last mini-album Escaping Gravity.

With such a catchy, synth-driven hook, and fantastic musical construction throughout the track, the recognition is well-deserved. Paired with the stunning visual representations of the lyrics in the music video, “Ocean of Light” is a beautiful song with so much detail in its composition. The different elements of each instrument come together in a complex but perfectly executed track. It has the mainstream appeal of a typical single without losing the experimental sound signature to the group.

While it was not my immediate favorite off the album, I cannot deny the exercise that this song has had in my playlist. As much as I love that great hook, what really pulls me in every time is the drums. They hold the pulse of the song, building and exploding in sync with each layer, punctuating the lyrical emotion perfectly.

With similar longevity to Nell comes your second pick: Jaurim. Also consisting of four members, the influential alternative rock group has been around since 1997 and is well-known for their intricate compositions and arrangements, as well as the vocal abilities of lead singer Kim Yoon-ah. The band released their full-length album Goodbye, Grief. in October of this year, and you found “Icarus,” its promotional single, as phenomenal as I did.

Overflowing with rich symbolism, “Icarus” rightfully merits its position in the top releases of the year. Taking its cues from the myth of Icarus, it provides a melodically powerful reminder of Jaurim’s immense talent as a unit. From the desperation in Yoon-ah’s voice to the mirage created by the electric guitar, everything works together wonderfully. Then, they had to go and take that rich foundation even further with the sumptuous display of hopeless strength in the music video.

Opposite these two heavyweights we have Gray. Debuting just a few months ago, he comes to us as the first artist out of Jay Park‘s new independent hip-hop and R&B label AOMG (or Above Ordinary Music Group). Despite his recent debut, Gray isn’t exactly new, as he’s worked behind the scenes as an underground producer and composer with his music crew VVD for quite some time. His debut track “Dangerous,” the leading track off his maxi-single Call Me Gray, may have gone unnoticed but not because it didn’t deserve the attention. In fact, it’s quite the opposite.

Featuring Jay Park, the track is a smooth, retro-flavored song of hip-hop, melded with bits of R&B. Gray shows his strength as both a rapper and a singer, doing both with ease on the track. As a debut song, “Dangerous” seems to show just a sliver of the skill he has as an artist. Jay Park’s endorsement of Gray’s artistry is definitely well-founded.

While I agree wholeheartedly with every single choice, I have to add Glen Check and my favorite track off their latest album Youth! “I’ve Got This Feeling.” Labelmates of Jaurim over at Soundholic Entertainment, the duo is made up of singer and guitar player Kim Joon-won and bassist and synth player Kang Hyuk-joon. Their music is experimental electro-dance-pop, and I love the ’80s new wave vibe in all of their songs. It’s fun, light and different, making for another facet to the indie category.