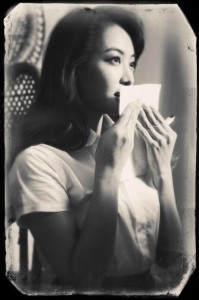 For those of us who come to K-pop primarily for the music, we know that there are many buried nuggets hidden beneath layers and layers of album filler and underwhelming singles that are just waiting for those willing to dig deep enough into the albums of their favorite artists. B-sides are those songs which are not lead singles, rarely promoted if ever, and that one song that you’re always trying to get others to listen to just to have them brush you off with a “eh, maybe when I have the time.” Our writers have spoken, and now we want to hear from you. Dig away!

What is your favorite B-side release of the year?

The definition of a B-side is specifically songs that are not lead singles and were not heavily promoted. If you’re not sure whether or not a song is considered a B-side, please feel free to nominate it and we will make a decisive ruling. Only songs that were released on or after January 1st, 2013 will be considered. Any nominees which the Seoulbeats staff deems unfit for the poll’s criteria will be disqualified.

5) The entry with the most up votes by December 24th 11:59 PM EST will be declared the winner! Check back later for a special Best of 2013 post dedicated to the winning entries.