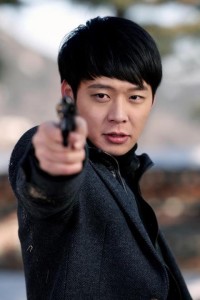 Acting, the forgotten art. It’s almost unfair to lump all actors and actresses into just one category since there are so many different types who excel at what they do, but we’re doing it anyway! Whether it’s your favorite muse from a movie or drama; whether its in a lead, supporting, or cameo role; whether they be male, female, or idol; here’s your chance to rejoice in the fine works of the gentler art — acting.

Who is your favorite Actor or Actress of 2013?

1) Nominate an entry in the comments section by writing the name of the actor or actress followed by the title of the drama/movie of the role you are nominating him/her for.

Each entry must be nominated for a specific role. While an actor/actress can be nominated multiple times for different roles, you cannot enter more than one roll per comment; each role must be its own nomination. Nominated roles must be from a movie or drama released on or after January 1st, 2013. Any nominees which the Seoulbeats staff deems unfit for the poll’s criteria will be disqualified.

5) The entry with the most up votes by December 28th 11:59 PM EST will be declared the winner! Check back later for a special Best of 2013 post dedicated to the winning entries.